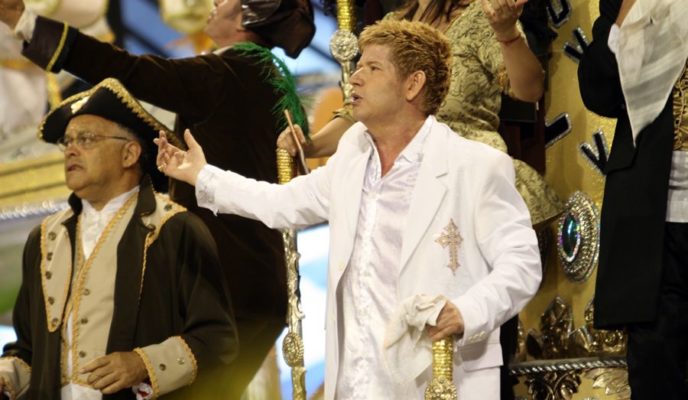 Popular Portuguese-Brazilian singer Roberto Leal, famous throughout the 1970s and 80s for his hit songs and TV appearances, has died at the age of 67 after a two-year bout with cancer. The US state of New York has banned the sale of flavored electronic cigarettes, amidst a wave of respiratory diseases associated with the use of the device. Recent attacks made by Yemeni Houthi rebels using drones on Saudi Arabia oil production facilities may affect oil supply in the region and increase oil prices throughout the world, according to experts. The prime minister of the United Kingdom, Boris Johnson, has drawn criticism from several European leaders, after comparing himself to popular comic book character Hulk during an interview concerning the Brexit affair. Finally, in the latest chapter of the Atlantic hurricane season, hurricane Humberto, which loomed over the Bahamas and approached the Florida coastline, has moved in a different direction and is now headed towards the islands of Bermuda.

Portuguese singer Roberto Leal, who lived in Brazil since 1962, passed away yesterday in the Samaritano Hospital, in São Paulo, after a two-year struggle with skin cancer. Born António Joaquim Fernandes in 1951, Leal was responsible for popularizing Portuguese folk music, especially fados, with Brazilian audiences, and had several hits throughout the 1970s and 80s. He sold over 17 million records, was a constant host and guest in several TV programs, and even wrote a new official anthem for his soccer club, Portuguesa, and helped them to obtain a new sponsor.

The US state of New York has imposed an “emergency ban” on flavored electronic cigarettes which began on Sunday, amidst a growing national epidemic of severe and fatal diseases associated with vaping. At a press conference, Democrat governor Andrew Cuomo said: “Vaping is dangerous. Period. No one can say long-term use of vaping — when you’re inhaling steam and chemicals deep into your lungs — is healthy.” Around 15,000 flavors will be banned, including mango, chewing gum, mint, and even cotton candy. Almost 400 cases of respiratory diseases in the United States have been associated with the use of e-cigarettes, and at least six people died.

Saudi Arabia is racing against time to restore its oil production, affected by drone attacks during the weekend; but the blow against the Middle Eastern country’s main oil industry facility is threatening to affect long-term concerns with oil supply in the region, and boost the commodity’s prices. “The oil price could move up US$5 to $10 a barrel if it turns out the damage is extensive,” said Andy Lipow, president of Houston-based consulting firm Lipow Oil Associates. Tensions are increasing between the United States and Iran, since the Americans are accusing their rivals of supporting the Yemeni Houthi rebels, responsible for launching the drone attacks.

United Kingdom prime minister Boris Johnson compared himself to comic book character Hulk in a Sunday interview with The Daily Mail, drawing criticism from European leaders. “The madder Hulk gets, the stronger Hulk gets,” he said, when discussing his commitment to make Brexit happen by the October 31st deadline, instead of beginning another round of discussions. For Guy Verhofstadt, Brexit coordinator in the European Union, such comments show Johnson’s lack of maturity. “Even to Trumpian standards the Hulk comparison is infantile. Is the EU supposed to be scared by this? The British public impressed?” he wrote on his Twitter account.

Hurricane Humberto strays from US coast and moves towards Bermuda

A tropical storm which was over the Bahamas and approached the Florida coastline last week became stronger, turning into a hurricane. However, Humberto, as it was named, eventually changed its trajectory away from the United States’ East Coast and moved towards Bermuda, with winds of up to 140 km/h. The hurricane may reach the chain of islands in the middle of the week, causing large waves and heavy rains. The hurricane season in the Atlantic Ocean is in full force: there is also attention being called to at least two other tropical disturbances, one in the Gulf of Mexico, and another in the coast of Venezuela.