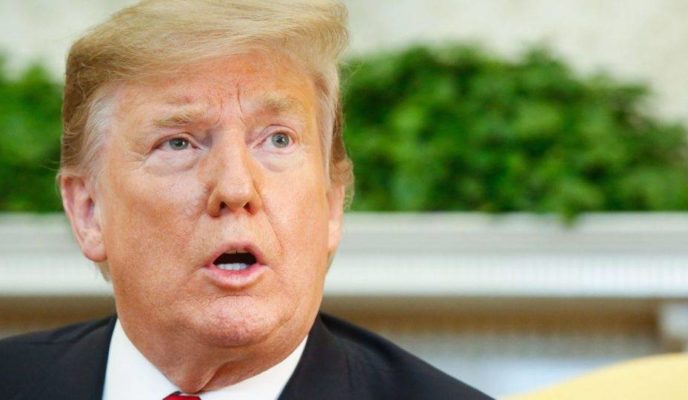 A new poll has shown that a majority of Americans do not support the ousting of US president Donald Trump from office, after Democrat congressmen have begun impeachment proceedings against Trump due to his phone calls to his Ukrainian counterpart in which he asked for help in investigating his likely election rival, ex-vice president Joe Biden. The US announced sanctions on Chinese companies caught transporting Iranian oil. Russian president Vladimir Putin met Venezuelan dictator Nicolás Maduro in Moscow, and said he supports dialogue in order to solve the South American country’s current political crisis. A bill which might make rape crimes imprescriptible and unbailable is currently being discussed by a commission in the Brazilian Lower House of Congress, and has a good chance of being approved when it is submitted to vote in the following days. Finally, a survey has shown that Brazilians are increasingly moving away from TV channels and watching more videos on the internet.

In the United States, amidst a wave of support for impeachment proceedings among Democrat representatives in Congress, a new poll has shown that most Americans do not support removing president Donald Trump from his office: 37 percent of voters said that Trump should be impeached, while 57 percent oppose his impeachment, according to a survey conducted by Quinnipiac University released today. The poll, which has a 3.2 percent error margin, was held when details concerning Trump’s phone call to Ukrainian president Volodymyr Zelensky surfaced, in which he asked Zelensky to investigate his likely election rival, former vice-president Joe Biden, and his son.

US announced sanctions on Chinese companies for transporting Iranian oil

Today, United States Secretary of State Mike Pompeo has announced the imposition of sanctions on Chinese companies he accuses of “knowingly” transporting oil from Iran. “We are telling China and all nations: Know that we will sanction every violation of sanctionable activity,” said the US head of diplomacy during the United Against Nuclear Iran organization meeting. He also summoned all “responsible” nations to help the US bring Iran “back to the negotiation table”. Pompeo said that the US will “teach” other countries not to do business with the Islamic Revolutionary Guard, but if they do not follow the guidelines, they will be punished as well.

Russian president Vladimir Putin says he supports dialogue as a tool for solving the Venezuelan political crisis, during a meeting with dictator Nicolás Maduro in Moscow today. Maduro arrived in the Russian capital yesterday, on an unannounced visit. It was not clear, however, whether Putin meant by “dialogue” the negotiations with self-proclaimed Venezuelan president Juan Guaidó, mediated by Norway, or the agreement signed by Maduro with alleged members of the opposition which have no representativeness. Putin also added that the cooperation in the military and technical sphere concerns the supply of spare parts and maintenance centers.

Bill that could make rape crime imprescriptible advances in Congress

A bill which could make the crime of rape imprescriptible has been approved by the Justice and Citizenship Constitutional Commission of the Brazilian Lower House of Congress, and is being viewed favorably by the Senate. Currently, the law concerning such crimes establishes that the prescription time depends on the sentence time of each case. According to the new bill, the crime of rape will also become unbailable and liable to immediate imprisonment. After a further round of debates, the bill must still be approved by vote on the Congress floor.

Brazilians increasingly turn away from TV towards videos on the web

The adhesion of Brazilians to streaming platforms has been gaining increasingly more global representativeness, as the number of people with internet access grows in the country – there are now more than 127 million people with access to the web. Web video consumption has risen by 165 percent in the country in the last five years, compared to a 24 percent expansion of TV shows during the same period, according to a poll requested by Google. The survey indicated that 9 percent of Brazilians no longer watch TV, and that 80 percent of people who watch videos on the web are looking for content the TV channels do not offer.