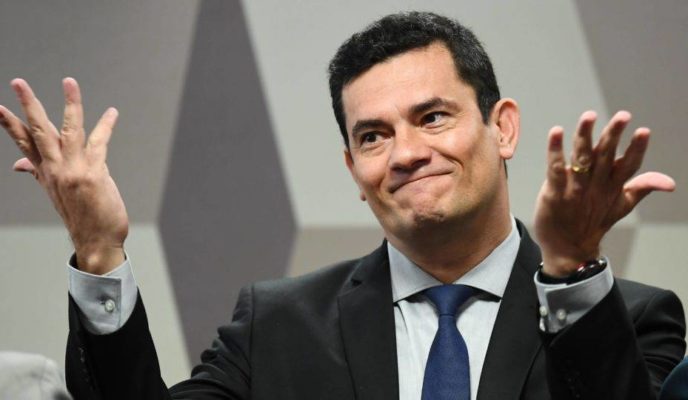 Yesterday, during an event in São Paulo, Brazilian Justice and Public Safety minister Sergio Moro denied once again any intentions of running for president in the 2022 elections. Left-wing militants promised to visit former Brazilian president Luiz Inácio Lula da Silva, currently under arrest at the Federal Police HQ in Curitiba, and bring him a cake to celebrate his 74th birthday. Rapidly expanding wildfires have hit California’s northern region, worldwide renowned for its wine production, devastating houses and farms and forcing several people to leave their homes. Four American countries, including Brazil, have released a statement in which they questioned the legitimacy of Evo Morales’s self-proclaimed victory in the Bolivian presidential elections, and called for a second round. Finally, Chilean president Sebastián Piñera has made a number of concessions and invited ex-president and UN Human Rights Commissioner Michelle Bachelet to assess the situation in the country, after a week of violent protests which led Chile to a state of emergency.

At event in SP, Moro reaffirms he won’t run for president in 2022

Brazilian Justice and Public Safety minister Sergio Moro reaffirmed he won’t be running for the Presidency of the Republic in 2022. During an event in São Paulo about the Brazilian economy held on Thursday, he stated that he had no qualms about having said “he would never be a politician,” since he, after all, “is executing a technical job,” and has been fighting corruption as he has always done. He concluded, jokingly: “I’ll have written on my tombstone: he was never elected president.” A recent poll has shown that, without Bolsonaro running against him, Moro leads voting intentions for the Planalto Palace in the next presidential elections.

Still under arrest at the Federal Police Superintendence, in Curitiba, since April last year, former Brazilian president Luiz Inácio Lula da Silva will get a birthday party this weekend, when he turns 74. Among other attractions, militants of the Workers’ Party (PT) are promising to bring him a 74-meter birthday cake, alluding to the former president’s age. Earlier this month, members of the party who won the Brazilian Mega Sena lottery said they would finance all transportation costs for militants who wished to attend the party in Paraná.

A rapid-moving wildfire, boosted by strong winds, hit northern California on Thursday, forcing thousands of local inhabitants to evacuate parts of Sonoma County – a winemaking region 120 kilometers north of San Francisco, which was still recovering from another severe fire in 2017. The fire, christened Kincade, began on late Wednesday and spread quickly during the night, burning over 10 thousand acres and expanding itself at a rate of 30 football fields per minute. Local authorities are still struggling to put the flames out. The cause of the incident is still being investigated. There are no reports of victims, but several houses and farms have been affected.

Brazil, Argentina, Colombia, and the United States have expressed their concern with “anomalies” in Bolivia’s presidential election, held on Sunday, in which president Evo Morales was reelected for his fourth term amidst accusations of electoral fraud. In a statement released yesterday, all four countries said they would only recognize results which “truly reflected the will of the Bolivian people,” and asked local authorities to cooperate with the Organization of American States’ Election Observation Mission, to “ensure a transparent and legitimate scrutiny,” and, if first round results are not confirmed, “to restore the credibility of its electoral system through a free, fair, and transparent second round” between Morales and the second most-voted candidate, Carlos Mesa.

Chilean president Sebastián Piñera announced yesterday new measures to contain the widespread protests in the country, which have intensified during the past week. They include the lifting of the state of emergency in the capital, Santiago, the freezing of all energy tariffs, and an invitation of the United Nations High Commissioner for Human Rights and former president Michelle Bachelet to visit the country and analyze possible violations during the repression against protests. At least 18 people have died and 6 thousand have been arrested since the beginning of the protests.