Fale a língua do mundo. Faça Wise Up.
Mon 11 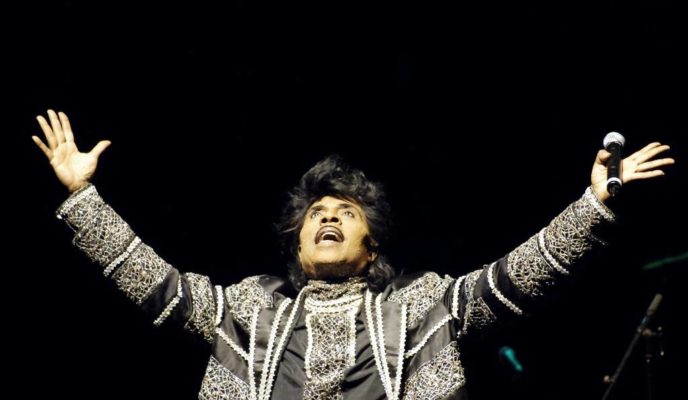 US rock ‘n’ roll legend Little Richard, one of the genre’s main stars and a major influence in pop music history, has died at the age of 87 after a long struggle with bone cancer. Brazilian president Jair Bolsonaro has begun to make public apparitions wearing masks to protect against the novel coronavirus pandemic, after a local Distrito Federal rule imposing the protection equipment began to be enforced today. The president’s corporate card is under public scrutiny, after it surfaced that it has cost Brazilian taxpayers nearly R$ 2 million in a single month. Bars and nightclubs in a trendy neighborhood of South Korea’s capital are believed to be the focus of a 2nd wave of COVID-19 epidemic in the country, which had been for a few weeks without registering any new cases of the disease. It is believed a single infected man spread the novel coronavirus to dozens of people during a single night out in the Itaewon neighborhood. Finally, a friendly fire incident in the Gulf of Oman involving two Iranian Navy vessels resulted in the death of 19 sailors, and the injury of 15 others.

United States music legend Little Richard, considered one of the founding fathers of rock ‘n’ roll, died on Saturday, at the age of 87. Born in December 1932 in Macon, Georgia, during a time of intense racial segregation, Richard Penniman began playing saxophone in his high school band. Starting with “Tutti Frutti”, in 1956, Little Richard wrote and recorded some of the great all-time classics in the genre, such as “Long Tall Sally”, “Lucille”, and “Good Golly Miss Molly”, and was a crucial influence on several other great names in rock history, such as Elvis Presley, The Beatles, Prince, and Elton John. After a 65-year career, he announced his retirement in 2013, and died after a long struggle with bone cancer.

Brazilian president Jair Bolsonaro began following the new rules imposed by the Distrito Federal government and wore a mask as he left the Alvorada Palace this morning. The local government began imposing today a R$ 2 thousand fine on anyone caught not wearing the equipment to protect against the novel coronavirus. All members of the presidential entourage were already wearing masks, but Bolsonaro was constantly filmed by the press interacting with journalists and his supporters without the piece of equipment.

Until April this year, the expenses with president Jair Bolsonaro and his family members, paid with corporate cards by the Brazilian taxpayer, have already amounted to R$ 3.76 million – the equivalent of half of all expenses last year. In March alone, the amount spent was R$ 1.96 million, three times the monthly average of last year. Most of the money was spent on trips inside the country or abroad; on one of them, Bolsonaro spent five days off at the Monduba beach, in Guarujá, with all expenses paid by taxpayers. Among the expenses is also a flight chartered for the rescue of 34 Brazilians left stranded in Wuhan, China, after the beginning of the COVID-19 pandemic. Bolsonaro used this trip to justify the large increase in expenses, and stated: “You’d think I’m using my card to throw parties!”

Bars and clubs cause new coronavirus scare in South Korea

Today, The government of South Korea announced it will postpone by one week the reopening of schools after the notification of several novel coronavirus cases were reported, all linked to bars and nightclubs in the trendy Itaewon neighborhood of the capital, Seoul. Vice-minister of Education Park Baeg-beon said in a press conference that high school classes will only resume on May 20th, while younger students will only go back to school on June 8th. The country is on high alert after registering a sudden increase in COVID-19 cases after a few weeks without registering any new ones. The number of cases allegedly spiked after a 20-year-old man who tested positive for the novel coronavirus visited several places in the region.

An Iranian vessel was struck by a missile fired from another ship from the same country during a military exercise at the Gulf of Oman on Sunday evening. At least 19 sailors died and 15 were wounded during the friendly fire incident, according to the Iranian Navy. The local press informed that the Konarak support ship was struck by a new anti-ship missile being tested by the frigate Jamaran, but made no other reference to the circumstances of the incident nor did it inform how many people were aboard the ship at the time. Early this year, Iran’s Revolutionary Guard took down a Ukrainian Airlines passenger flight by mistake, killing all 176 people on board.