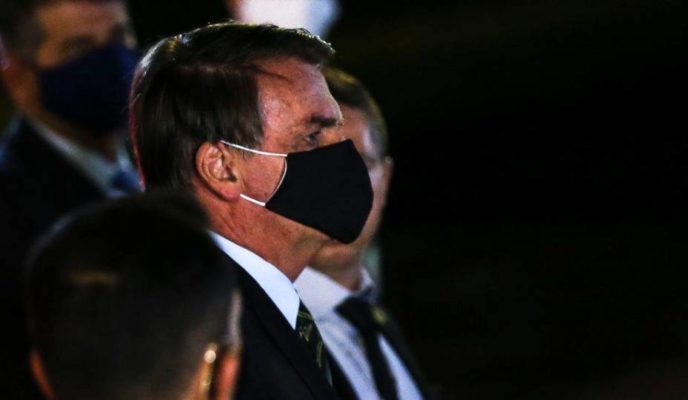 After being diagnosed with COVID-19 yesterday, it has been pointed out that Brazilian president Jair Bolsonaro met with at least 48 people, among them politicians, members of his cabinet and businessman, during meetings or events last week. The government of the United States has announced it will begin the process of formally withdrawing from the World Health Organization, after president Donald Trump accused it of being a tool to China. Meanwhile, in the semi-autonomous city of Hong Kong, the Chinese government opened an office of its controversial national security agency, one week after president Xi Jinping sanctioned a new law which is likely to curb human rights in the former British colony. Venezuelan dictator Nicolás Maduro announced that a Bolivarian militia will be responsible for implementing health protocols during the country’s upcoming parliamentary elections, a measure which the opposition claims will be used to intimidate voters. Finally, protesters have tried to storm the Serbian parliament in Belgrade, after president Aleksandar Vučić implemented lockdown measures to try to reduce the number of novel coronavirus cases in the country.

Bolsonaro met with at least 48 politicians and businessmen last week

Diagnosed with COVID-19 on Tuesday, Brazilian president Jair Bolsonaro met with at least 48 people last week, including ministers, congressmen, the United States ambassador to Brazil, businessmen, and presidents of soccer clubs, according to his official schedule. During some of these meetings no social distancing measures were followed, nor did the president wear masks while shaking hands and hugging some of his interlocutors. Speaker of the Lower House of Congress Rodrigo Maia and Economy minister Paulo Guedes have already scheduled tests to find out whether they have also been infected with the virus. After the president’s announcement, the Planalto Palace issued a statement claiming it is following all guidelines for the pandemic.

Yesterday, United States president Donald Trump informed the Secretary-General of the United Nations, António Guterres, and the US Congress, that he began the process to formally withdraw his country from the World Health Organization. The departure will be effective after July 6th, 2021, and was justified by Trump because, according to him, the WHO is “a tool of China.” WHO spokesman Stephane Dujarric issued a statement saying that “the U.S. has been party to the World Health Organization since June 21st, 1948, (…) certain conditions set out (…) for its eventual withdrawal (…) include giving a one-year notice of intent to withdraw and fully meeting the payment of assessed financial obligations.”

Today, China opened a headquarters of the Office for Safeguarding National Security in Hong Kong, one week after president Xi Jinping sanctioned the new national security law for the semi-autonomous city. The agency, controlled by Beijing, will be responsible for enforcing the new legislation, and is being considered by critics as an organ of repression. During the inauguration, the office’s director, Zheng Yanxiong, said that his agents will not violate the rights of Hong Kong citizens, and that the law was created for the “well-being” of the population. “We will fulfil our responsibilities and exercise our power to defend national security firmly in accordance with the law,” said Zheng in an interview with South China Morning Post.

Yesterday, Venezuelan dictator Nicolás Maduro announced that the Bolivarian militia will be responsible for implementing a “biosecurity plan” during the country’s upcoming parliamentary elections, scheduled for December 6th. In practice, however, Maduro’s plan is being seen as an attempt to intimidate voters in order to ensure a victory at the National Assembly. The opposition, led by Juan Guaidó, is likely to boycott the elections, since they consider that there are no democratic guarantees in the election process.

Yesterday, protesters who opposed a measure taken by the Serbian government to implement lockdown measures tried to break into the country’s parliament, in Belgrade. Riot police officers prevented dozens of people from entering the building, but the ensuing clash ended with 50 people wounded, and 23 arrested. The popular outrage came after Serbia’s president, Aleksandar Vučić, announced a curfew on weekends. The country recently registered the highest number of COVID-19-related deaths in a single day since the beginning of the novel coronavirus pandemic, 13, as well as 299 cases of people infected.