Fale a língua do mundo. Faça Wise Up.
Mon 10 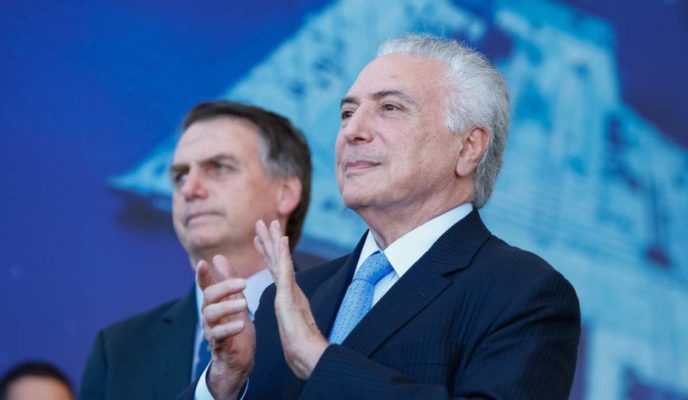 Brazil will send a humanitarian aid mission to Lebanon, after the devastating explosion which destroyed the port of Beirut, and former president Michel Temer, who has Lebanese origins, has been invited to head it. Meanwhile, several members of that country’s government have resigned, following a wave of widespread protests during the weekend. The World Health Organization has declared that the number of deaths caused by the novel coronavirus pandemic in Brazil has reached a stable level, but is yet to drop down, and declared that the controversial drug defended by president Jair Bolsonaro, hydroxychloroquine, is not a solution for Brazil. Jimmy Lai, a Hong Kong media tycoon who edited a pro-democracy newspaper, has been arrested by Chinese authorities after being accused of violating the new security law imposed by the Communist Party on the former British colony. Finally, Belarus’s president Alexander Lukashenko, known as “Europe’s last dictator”, has been declared the winner of the country’s elections, sparking a violent reaction by protesters in the capital, Minsk.

Brazil’s former president Michel Temer has been invited by current president Jair Bolsonaro to head the country’s mission for Lebanon in order to provide humanitarian aid to the Middle Eastern nation after last week’s explosion which devastated a huge swath of the capital, Beirut. The invitation has to do with Temer’s Lebanese origins; in 2011, while he was still Dilma Rousseff’s vice president, he visited the homeland of his forefathers, where the main street of the village of Btaaboura was named after him. Since he was arrested last year on investigations related to the Federal Police’s Operation Car Wash, his passport has been withheld, and he will need a special authorization to be able to head the Brazilian delegation.

After a weekend of widespread protests against the Lebanese government, two members of the country’s government have resigned: Information minister Manal Abdel-Samad, and Environment minister Damianos Kattar. On Saturday, protesters even broke into ministerial offices. “Given the magnitude of the catastrophe caused by the Beirut earthquake that shook the nation and hurt our hearts and minds, and in respect for the martyrs, and the pains of the wounded, missing and displaced, and in response to the public will for change, I resign from the government,” wrote Abdel-Samad in her resignation statement. On Friday, Lebanese president Michel Aoun confirmed he was aware that the material which eventually caused the explosion was being stored at the port of Beirut.

WHO says hydroxychloroquine is not a solution for Brazil

World Health Organization executive-director Michael Ryan said today that the curve representing the number of deaths caused by the novel coronavirus pandemic in Brazil “is flattened, but not yet going down,” and stressed that hydroxychloroquine is not a solution for the country. When questioned about Brazilian president Jair Bolsonaro’s stance regarding the controversial drug, Ryan pointed out that there is still no scientific evidence of the medication’s effectiveness against COVID-19. This weekend, Brazil broke the 100-thousand-death mark due to the disease. The organization’s director-general, Tedros Ghebreyesus, said that the world will likely reach 20 million COVID-19 cases this week, and that vaccines against the virus will demand an investment of US$ 100 billion or more.

Jimmy Lai, editor of Hong Kong’s popular pro-democracy newspaper, Apple Daily, was arrested today under accusations of “collusion with foreign forces”, in the first major legal decision made by the Chinese government after the implementation of a new national security law in the semi-autonomous territory. Police officers broke into Lai’s home and informed him he was being arrested under suspicion of violating national security, among other charges. Two of his sons and four executives of the company who own the newspaper have also been arrested, according to the South China Morning Post, as well as two pro-democracy activists. 200 other officers have been deployed to search the newspaper’s headquarters.

Alexander Lukashenko, president of Belarus since 1994 and commonly known as “Europe’s last dictator”, has won the presidential elections held this weekend in the Eastern European nation, according to unofficial results issued by the country’s Central Election Committee. 84.23% of the country’s voters, around 6.8 million citizens, took part in the election process. There was a widespread fear of fraud and manipulation in the voting results, and, shortly after the first results began to be released, people began to take to the streets of the major cities of the former Soviet republic in order to protest against the government. Local police forces responded with tear gas, sparking a violent reaction from demonstrators; 120 people have been arrested, and three members of a Russian television channel were arrested in the capital, Minsk.