Fale a língua do mundo. Faça Wise Up.
Wed 14 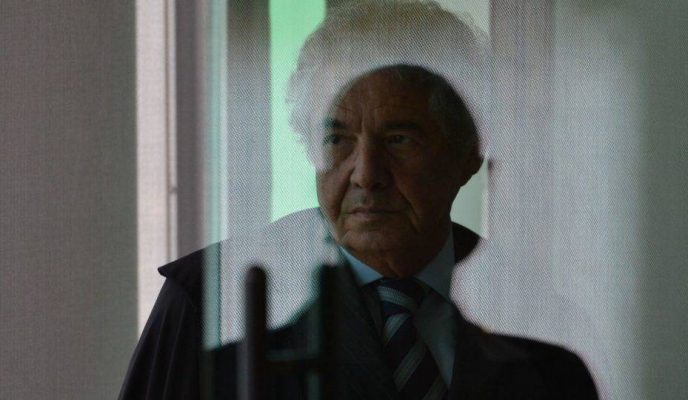 A senior member of Brazil’s main drug cartel, PCC, has been released after a controversial ruling by Federal Supreme Court justice Marco Aurélio Mello, and is now on the run, presumably in neighboring Paraguay. Brazilian president Jair Bolsonaro has approved a set of changes to the country’s traffic code, increasing expiration dates and the number of points necessary for the suspension of the right to drive. Federal Supreme Court justice Dias Toffoli and ex-presidential candidate Ciro Gomes have both tested positive for the novel coronavirus, and are now in quarantine in their homes. British prime minister Boris Johnson has imposed a new set of guidelines in England, after a new surge in COVID-19 cases, including the resumption of quarantine and lockdown measures, and the closing of pubs; schools, however, are to remain open. Finally, authorities in Belarus have authorized local security forces to use lethal force against protesters who have been taking to the streets for months, demanding the resignation of dictator Alexander Lukashenko.

Crime boss André Oliveira Macedo, known as André do Rap, one of the leaders of Brazil’s biggest drug cartel, São Paulo-based First Command of the Capital, PCC, which holds power in several penitentiaries and smuggles tons of cocaine into Europe, has fled to Paraguay. The drug lord was released from jail on Saturday morning after a controversial injunction issued by Federal Supreme Court justice Marco Aurélio Mello on grounds that the amount of time Macedo spent in detention awaiting trial had exceeded the legal maximum. Mello’s ruling was suspended by fellow Supreme Court justice Luiz Fux, after a request made by the Federal Attorney General, but André do Rap was already on the run. After being released from a penitentiary in the state of São Paulo he was expected to go to the seaside resort of Guarujá, where he would remain under house arrest, but investigators believe he boarded a private jet on which he flew to Paraguay, a country where PCC also has a strong presence.

Brazilian president Jair Bolsonaro sanctioned yesterday the law which will extend the expiration date of the National Driver’s License, CNH, from 5 to 10 years, and will implement a new point system that will attach the suspension of the right to drive to the severity of the infraction. The new law is scheduled to be put into practice six months after its publication in the country’s Official Journal. Drivers of up to 50 years of age will have their driving licenses valid for up to 10 years, instead of the current 5. The number of points needed for the suspension of a license will be raised from 20 to 40. All minor and non-severe traffic violations will be punishable by a mere warning if the driver did not commit the same offense during the previous 12 months.

Former Finance minister and presidential candidate Ciro Gomes and Brazilian Federal Supreme Court justice Dias Toffoli have both tested positive for COVID-19. Toffoli is the second Supreme Court justice to contract the disease, after the current president of the court, Luiz Fux, tested positive for the virus. Sessions had been held via internet since April to prevent the judges from being infected. Toffoli is showing “light respiratory symptoms”, and is currently resting at home. Former Ceará governor Ciro Gomes has issued a statement saying that even though he “has taken all necessary cares and respected all the protocols demanded by the health authorities”, he “showed light symptoms of the flu last Saturday, was tested, and the results showed he had COVID-19.” He is “feeling well, and is under medical supervision in isolation at home. His partner, Giselle Bezerra, has tested negative, but is following the same isolation procedures.”

After being criticized in June for planning the reopening of zoos and bars, but not schools, British prime minister Boris Johnson has now excluded students from the restrictions set to be reinforced after the recent surge in novel coronavirus infections in the country. Pubs, for instance, will once again be shut down. The decision came after England’s chief medical officer, Chris Whitty, said the country had “probably reached near the limit or the limits” of what can be done to reopen society, meaning that a “trade-off” was needed, with the reopening of schools being seen as a “priority” for the wellbeing of the country’s children. A three-tier system has been implemented throughout the different areas of England, dividing them into three categories: medium, high, or very high risk of infection, with lockdowns imposed on the latter.

Belarus authorities to use lethal force against demonstrators

The government of the Eastern European nation of Belarus has authorized its security officers to use lethal weapons against the demonstrators who have taken to the streets of the country since August 9th, when president Alexander Lukashenko, known as “Europe’s last dictator”, announced his victory for yet another term in an election surrounded with controversy. Vice-ministry of Interior Gennady Kazakevich justified the threat claiming that protests in the capital, Minsk, have “become organized and extremely radical”: “This has nothing to do with civil protests. We’re confronted (…) by groups of militants, radicals, anarchists and football hooligans. (…) We will not leave the streets and will guarantee the law in the country. Law enforcement personnel and interior troops will use special equipment and lethal weapons if need be.”