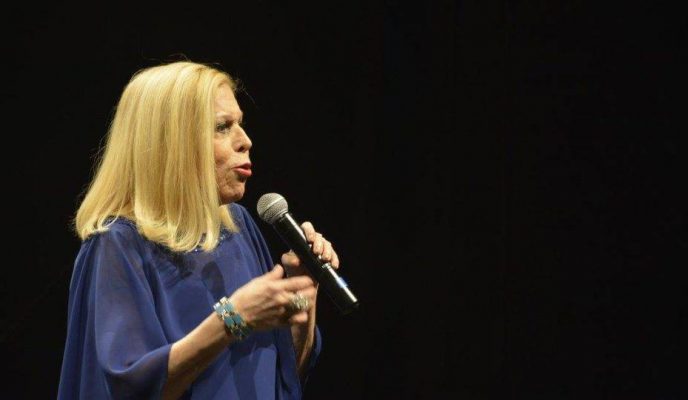 Brazilian popular singer Vanusa, who obtained countrywide fame during the 1960s and 70s died on Sunday at the age of 73. President Jair Bolsonaro finally broke his silence on the US elections, and, without mentioning president-elect Joe Biden’s name, threatened to use “powder” if he maintained the threat of economic sanctions against Brazil’s controversial environmental measures. After the death of one volunteer being tested for a COVID-19 vaccine developed by Chinese company Sinovac, Brazil’s health regulatory agency, ANVISA, had halted clinical trials in the country; the São Paulo Civil Police, however, has determined that the death was a suicide, and trials were resumed today. US president-elect Joe Biden has received several congratulatory calls from world leaders, including UK prime minister Boris Johnson, Canadian prime minister Justin Trudeau and German chancellor Angela Merkel. Finally, fifteen Hong Kong opposition lawmakers have announced their resignation after four of their colleagues were ousted by the Chinese central government.

Brazilian popular music singer Vanusa died on Sunday at the age of 73, at a retirement home in the city of Santos, where she had been living for over two years. The cause of death was respiratory insufficiency. Vanusa, who became famous during the 1960s and 1970s and had a nationwide career recording pop hits and TV shows throughout the following decades, had been suffering from some sort of dementia during her latest years, and had recently been hospitalized due to symptoms of pneumonia. Several Brazilian music and television artists have expressed their sadness over the loss of their former partner.

Bolsonaro breaks silence on US election

Brazilian president Jair Bolsonaro had refrained from congratulating United States president-elect Joe Biden on his victory in last week’s presidential elections, at least while current mandatary, Donald Trump refused to concede his defeat until the official release of electoral college results.  Yesterday, however, Bolsonaro decided to come forward and, as he recalled a previous statement made by Biden threatening Brazil with economic sanctions if certain environmental measures were not adopted, lashed out and claimed that “a diplomatic solution will not suffice” in such a situation. “After saliva, there must come powder,” he added. “We don’t even need to use powder, but they must know we have it,” he concluded.

After Brazil’s National Health Agency, ANVISA, announced it had halted all clinical trials of the Coronavac vaccine in Brazil, due to the occurrence of an alleged “severer adverse effect” with one of the volunteers who was taking the immunizing agent in the country, the agency decided today to resume the trials. According to a statement issued by the agency, the case happened on October 29th and the São Paulo Civil Police eventually determined that the volunteer, a 32-year-old pharmacist, committed suicide. President Bolsonaro had raised new controversies after claiming the case represented a defeat for his political rival, São Paulo governor João Doria, who had been publicly backing the trail along with Instituto Butantan; on his social media accounts, the Brazilian president posted that the stoppage had been “another victory for Jair Bolsonaro”. Sinovac issued a statement claiming it is “confident in the safety of the vaccine.”

Joe Biden, president-elect of the United States, received yesterday several phone calls from leaders of allied countries congratulating him on the victory over president Donald Trump in this year’s presidential election. Trump, however, has so far refused to concede defeat – a move described by Biden as “an embarrassment” – as counting is still ongoing in some states. German chancellor Angela Merkel said she wishes for “a close and trustful future cooperation.” United Kingdom prime-minister Boris Johnson said he was looking forward “to strengthening the partnership” between both countries and working with him on their shared priorities, “from tackling climate change, to promoting democracy and building back better from the pandemic.” French president Emmanuel Macron said he is ready to work with Biden to tackle issues such as climate change, terrorism and the defense of fundamental rights, while Canadian prime minister Justin Trudeau, the first authority to talk to the president-elect, said they were “ready to pick up on that work and tackle the challenges and opportunities facing our two countries – including climate change and COVID-19.”

Hong Kong opposition legislators announced today their resignation after four of their fellow lawmakers were ousted by the Chinese government, who accused these members of the semiautonomous territory parliament of being “dissidents”. Beijing recently approved legislation authorizing local authorities to dismiss politicians without having to go through local courts. “Sooner or later, we would all have been disqualified,” said Wu Chi-wai, leader of the pro-democracy group, who confirmed the intention of all fifteen politicians of presenting tomorrow their resignation. “Hong Kong, from today onward, can no longer tell the world that there is ‘one country, two systems’,” Wu said.