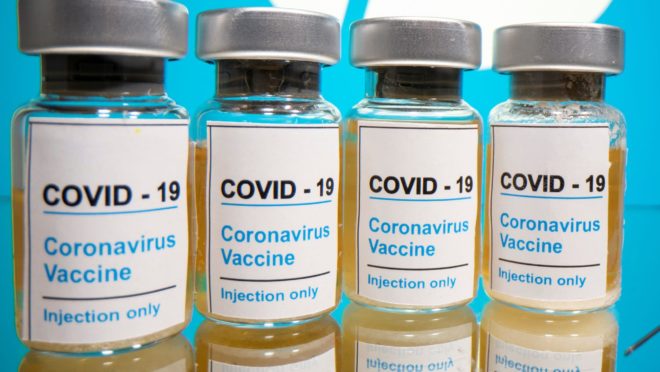 The Brazilian government has begun talks with Pfizer in order to purchase the first shots of the COVID-19 vaccine produced by the company. Meanwhile, after a public spat between the country’s former Ministry of Tourism and the president’s Secretary of Government, the new politician appointed for the office has issued a statement celebrating the fact that airports and hotels are busy, despite the ongoing novel coronavirus pandemic. The United States has registered a new record number of deaths in a single day: 3,124 people have died due to COVID-19-related issues. Brazil’s richest person, and the world’s richest banker, Joseph Safra, has died at the age of 82. Finally, a Russian nuclear aircraft capable of carrying nuclear bombs, commonly nicknamed “Doomsday Plane”, has been hijacked by unknown assailants; local authorities are still investigating the issue.

The Brazilian Ministry of Health signed a memorandum of intent with pharmaceutical multinational Pfizer on Wednesday, in order to purchase 70 million shots of the company’s newly-approved vaccine against the novel coronavirus. The agreement is a first step towards the effective purchase of the COVID-19 vaccine; 8.5 million doses are expected to reach the country in the first semester of 2021, and another 61.5 million in the second half of the year. Élcio Franco, executive secretary of the ministry, did not provide further details concerning the negotiation, but Pfizer is expected to help in the distribution, transportation and storage logistics involving the immunizing agent. So far, the company’s shipping boxes are only able to store 5 thousand samples for a maximum of 30 days. Meanwhile, the United States Food and Drug Administration recommended the emergency approval and use of the Pfizer/BioNTech vaccine.

Yesterday, Brazil’s recently-appointed Ministry of Tourism, Gilson Machado, took part in president Jair Bolsonaro’s weekly social media broadcast, held every Thursday, and celebrated the fact that, according to him, the country’s airports and hotels are once again “packed”, due to an alleged “recovery” in local tourism. Machado, who had been president of Brazil’s Tourism Board, Embratur, had already appealed against efforts made by mayors and governors to restrict the circulation of citizens and impose curfews and lockdowns, amidst an ongoing rise in COVID-19 cases throughout the country. Machado will replace Marcelo Álvaro Antônio, who was fired after calling presidential Secretary of Government Luiz Eduardo Ramos a “traitor” in a web messaging group, an act qualified by president Jair Bolsonaro as “excessive”.

The United States registered this Wednesday the highest number of casualties caused by the novel coronavirus in a single day, with 3,124 deaths accounted by the study being conducted by Johns Hopkins University. This was the first time the country registered more than 3 thousand daily deaths since the beginning of the pandemic. The figure was registered two weeks after the Thanksgiving holiday, when experts warned the population against traveling to their hometowns to meet their parents and relatives, a long-standing American tradition. Campaign hospitals have been set up in the states of California, Texas, and Rhode Island.

82-year-old Joseph Safra, founder of the investment empire which received his name, Safra Group, died this Thursday in São Paulo, due to natural causes, according to an official statement. Born in Lebanon, in 1938, Safra emigrated to Brazil in the 1960s, where he took over the business activities of his father. He was listed in the September edition of the latest Forbes magazine as the richest person in the world, with an estimated fortune of about R$ 119 billion. His death had a strong repercussion in the Brazilian market, and several financial institutions publicly regretted his passing; Banco do Brasil president André Brandão said that the “financial system loses one of its biggest innovators, who greatly contributed to modernizing the industry throughout his renowned professional career,” while the Israeli Embassy issued an official statement stressing his dedication to the state of São Paulo and the Jewish community, and said “his legacy towards the development of the national economy will be forever inscribed into the history of Brazil.”

The Russian police issued a statement on Wednesday that they were looking for hijackers who stole technical equipment from a top secret military aircraft, known as the “Doomsday Plane”. The vehicle was designed to be used in the event of a nuclear war, and was stationed in the city of Taganrog, in the southern region of Rostov. The incident has raised worldwide suspicions of the security of Russia’s military facilities; the airplane received its moniker because it is allegedly able to withstand the wave of an atomic bomb explosion. According to several media outlets, both Russia and the United States have other aircraft with similar capabilities.