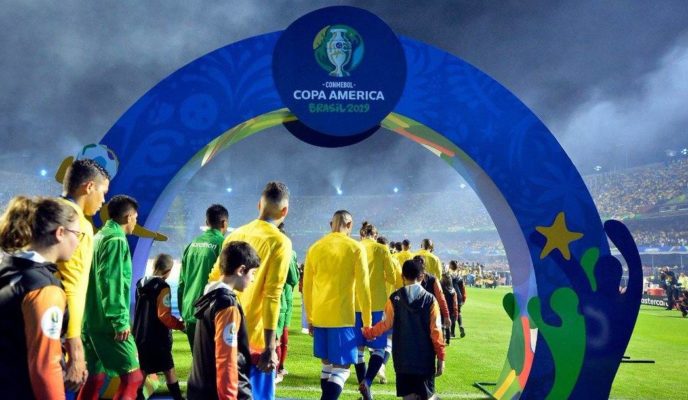 The 2019 edition of the Copa America kicked off on Friday with Brazilian national soccer team defeating Bolivia in a lackluster match watched by a half-filled stadium. Despite the lack of interest from supporters, the competition will pay generous prizes to the teams involved. Massive blackouts struck Argentina and Uruguay on the weekend; the causes of the power shortage are still unknown, and the Argentinian government promised to give answers within 15 days. The government of Brazilian president Jair Bolsonaro is facing a new apparent crisis: five top members of his administration have been dismissed in less than one week, among them four generals. Israeli prime minister Benjamin Netanyahu paid tribute to US president Donald Trump by naming a settlement after him, to appreciate his recognition of Israel’s sovereignty of the occupied territory of Golan Heights. Finally, in the face of a growing number of students filming teachers during their classes, in order to denounce political proselytism, jurists have agreed that the Brazilian law offers no impediment to such behavior.

On Friday, the Brazilian national soccer team faced the Bolivians in the opening match of the 2019 edition of the Copa America, South America’s main national team competition. Wearing a historical white shirt to commemorate the 100th anniversary of Brazil’s victory in the 1919 edition, Brazil beat Bolivia by three goals to nil in front of a crowd of around 46 thousand people at São Paulo’s Morumbi stadium. If the tournament is yet to spark much interest from the national public, the prizes paid to the teams taking part in it are extremely high: the winner will receive US$ 7.5 million, and each national federation will receive US$ 2 million just for taking part.

Power has been restored after an unprecedented blackout affected around 50 million people in Argentina and Uruguay. The power shortage began on Sunday, and lasted 11 hours. The cause of this catastrophic failure in the Argentinian electrical system is still unknown, but the government promised an answer in up to 15 days. Among the possibilities being considered are storms or even cyberattacks. Argentinian Energy secretary Gustavo Lopetegui said the country has a generation surplus, and that “failures occur [even] with diligence. The amazing thing is the chain of events that took place to cause the total disconnection.”

Heads are rolling in the government of Brazilian president Jair Bolsonaro, with four dismissals in less than one week. On Tuesday, it was the turn of the president of the National Indian Foundation, FUNAI, general Franklimberg Ribeiro de Freitas; on Thursday, general Santos Cruz, ministry of the Government Secretariat. On Friday, another general, Juarez Cunha, president of Correios, Brazil’s state-owned mail company, and on Sunday Joaquim Levy, president of the Brazilian Development Bank, BNDES, was sacked after being harshly criticized by Bolsonaro himself.

The cabinet of Israeli prime minister Benjamin Netanyahu inaugurated on Sunday a new settlement in the occupied region of Golan Heights, named after US president Donald Trump. The act was a gesture of gratitude for Trump’s recognition of Israel’s sovereignty over the territory, formally annexed from Syria in 1981. The United Nations and most of the international community do not acknowledge this annexation, and consider it to be an illegal occupation. The settlement of Trump Heights – Ramat Trump, in Hebrew – had already existed for 30 years, and is currently inhabited by ten people.

With cell phone cameras more and more omnipresent, the popularization of social networks and an increasingly polarized political scenario, a phenomenon has begun to appear in schools throughout the country: recordings made by students of teachers incurring into what has been described as acts of political preaching and proselytism. Defenders of these recordings, like the Escola Sem Partido (“Nonpartisan School”) movement defend them as an inherent right of the students, while labor unions claim they are illegal and serve to intimidate teachers. Jurists say that since the Brazilian law has no specific legislation on the issue, there are no legal impediments to these actions.