Fale a língua do mundo. Faça Wise Up.
Thu 25 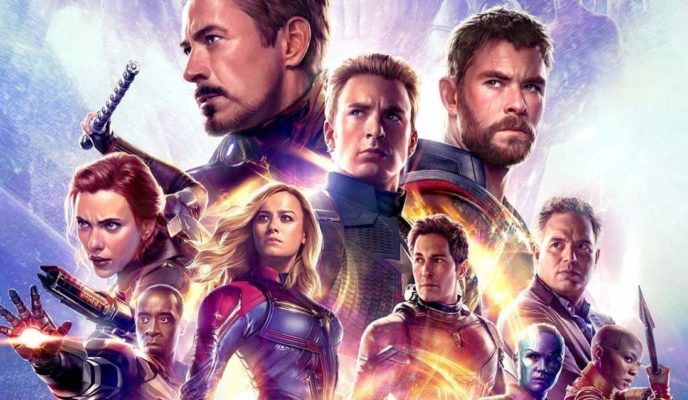 The comic books, functional and creative base of superhero feature films, had their golden, silver, and disbelief ages. With the movies based on characters introduced by comics the same thing happened. If in the past movies like Batman and Robin (1997), Catwoman (2004), Daredevil (2003), and The Fantastic Four (2005) caused both fans and the specialized critics to turn up their noses at the gender. On the other hand, the original X-Men and Spiderman trilogies, as well as Christopher Nolan’s Batman, definitely shaped a format which is currently called the superhero gender.

In 2008, Marvel took a big gamble by hiring problematic actor Robert Downey Jr. to star as a second-rank character among their heroes. The inspiration on the Dark Knight was obvious. The movie was successful, and Marvel quickly brought to the movies three other heroes in their solo films: Hulk, Thor, and Captain America, and introduced the Black Widow and Hawkeye as co-stars in the stories of those title characters. The idea was not to make another trilogy, but a shared universe which would culminate in The Avengers (2012). Not only did it work, but it was the guarantee of two more phases which totaled 21 movies narrating individual stories which interact with the great journey.

It was 11 years of productions that, if initially mirrored successful feature films of other publishing companies, at the end of the first stage it can be said that a Marvel formula of narrating a story was created.

Avengers: Endgame, the fourth feature film congregating the most powerful heroes (not only) from the Earth and the twentieth movie of this same Universe has the mission of bringing the Marvel Formula once again to the big screens, but this time and a bigger and more definitive extension for the portfolio of the House of Ideas.

After several feature films in so many time, it is possible to determine a small recipe for what comes after the Marvel Studios logo shows up on the screen: colorful adventures, a journey of the lone hero, fan service, and an epic battle at the end. This is exactly how the Avengers say their goodbye, doing what they do best, the good old same ol’ same ol’.

The difference this time is that this movie is a definitive and immediate full stop. If previously it was funny to watch Hulk “crush” New York and realizing that in the end that would have no consequence, now attitudes and decisions have more than consequences, they shape the characters’ personality.

Joe and Anthony Russo accepted the responsibility of making the first solo movie of Captain America in the present, in 2014, in a movie that for many fans is the best one made by the studio. Then they made the first story with consequences in the franchise: Captain America: Civil War (2016), followed by Avengers: Infinity War and Endgame, with the mission of not only telling a grandiose and epic story, but also paying a tribute to MCU fans.

The result was a hit. If in Infinity War one could see Thanos’ journey after his ambitions, in Endgame it is time for the Avengers to show the true meaning of their team’s name. Endgame delivers. Delivers for the hardcore comics fan (like no other movie of the gender ever did in history); it delivers for the addicted fan who watched nonstop the more than 75 hours of movies from the studio; it delivers for those who only went to watch it after the buzz generated by the movie, and it also delivers for the newbie who wants to delve in this Universe from now on. Infinity War is a confrontational movie. Endgame is a relationship move. And relationships are, by far, the thing the movie got more right. Perhaps the excessive didacticism may seem a little overbearing for those who are looking for fights and actions scenes. But the story is so light, and so well-thought in order to cause different emotions, that it becomes easy to understand (and accept) the paths chosen by the directors.

The movie is good, but for the fan, it is even better

As the trailers left clues, Endgame is a big homage to the 11 years of the Marvel Studios. The fan service happens all the time, from extremely obvious things to decorating objectives and, of course, in the cameos. The six “original” avengers undergo great transformations, and even with this large number of characters, everyone gets to shine. The script toys around with the large number of movies and characters, and this is all shown onscreen, even if only during a 30-second take. A great insight by the duo Stephen McFeely and Christopher Markus, who not only wrote the narrative as blockbuster screenwriters, but also as fans.

In the end, the movie gives fans what they have always expected and finally happened. From the laughter to the scare, from the cry to incredulity. Everything is well-wrought in the story.

After all, Kevin Feige and the Marvel Studios team have already shown that what they can do really well is work well stories like no one.

And superhero movies have had noses turned up at them, but they overcame it and reached a height which it would be difficult to be reached again. The phenomenon is rare, and, perhaps, impossible to be done again. Yes, Avengers: Endgame consecrates the golden age of heroes in the movies. And it will certainly represent a landmark for what will come from now on.

Bonus: just as Black Panther (2018) had a political undertone, and Captain Marvel (2019) uniquely addressed the valorization of women, Endgame addressed social issues which go from the breaking of esthetic standards for superheroes to the need of always being someone better than you were before. But it is all done in their usual light and polite way.

The wearing caused by the number of superhero movies launched year after year gained a new freshness with the appropriation of sub-genders, such as Captain America: The Winter Soldier, Guardians of the Galaxy (2014), and Black Panther. Endgamedoes not follow along these lines, and focuses instead of closing the main arc, but also showing that the studio’s plan was to individualize the spectators’ relations with each of the characters presented onscreen. We can no longer say that every superhero movie is the same.

There are no post-credit scenes. Yes, the studio’s trademark was left out, so that we have a definite ending. There is no continuity. This is no time to think about the future of the studio.

And if you ran away from spoilers like a Marvel fan ran from The Incredible Hulk (2008) and Thor: The Dark World (2013), you have nothing to fear. The trailers do not reveal major details from the story, and present several fake scenes, as well as others that were, let’s put it this way, digitally altered.