Fale a língua do mundo. Faça Wise Up.
Thu 02 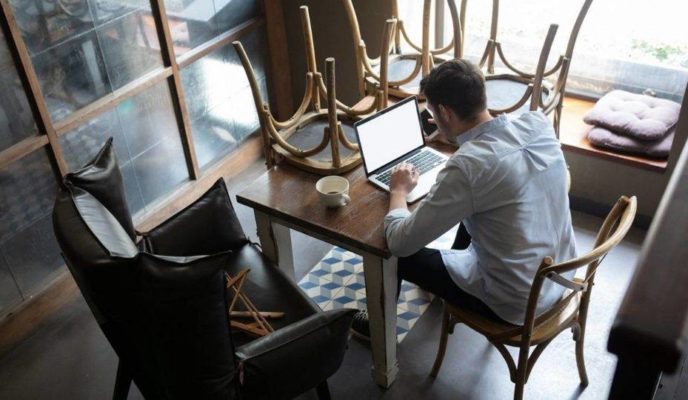 According to a new survey, 35 percent of bars and restaurants in Brazil have already gone out of business, due to the novel coronavirus pandemic. Brazilian president Jair Bolsonaro said today that the situation of the country’s education is “horrible”, and said he could announce a new Education minister today. The governor of the state of Santa Catarina announced yesterday on his social media accounts that he has tested positive for COVID-19. The United States Department of Homeland Security has announced the creation of a “task force” to protect historic monuments, after several such landmarks were destroyed during the recent anti-racism protests held throughout the country; the measure is anticipating further actions during the upcoming Independence Day holiday, held on July 4th. Finally, controversial referendum held in Russia will allow president Vladimir Putin to remain in power until 2036.

Three out of every ten bars or restaurants in Brazil have already shut down permanently due to the effects of the novel coronavirus pandemic, and this number is expected to rise even more by the end of the year, unless the sector can be helped by new emergency measures. This information was published in a survey held by Galunion Consultoria, for Foodservice, along with the National Restaurant Association, in which 800 business owners throughout Brazil were interviewed between June 5th and 17th. Out of these 800, 35 percent shut their businesses down in less than 100 days of closure, and 15 percent claim they are not going to be able to continue their operations until the end of the pandemic.

Brazilian president Jair Bolsonaro said in an interview held today as he left the Alvorada Palace that the situation of the country’s education is “horrible”. “I might choose today the new Minister of Education,” he added. The ministry has already had three occupants since the beginning of Bolsonaro’s administration. When commenting on the departure of Carlos Alberto Decotelli, who resigned yesterday, Bolsonaro said that “there were some problems;” Decotelli stepped down from the office without having been sworn-in, after a controversy regarding his academic titles.

The governor of the Brazilian state of Santa Catarina, Carlos Moisés, disclosed yesterday on his social media accounts he tested positive for COVID-19. He presented symptoms of the disease, such as low fever, coughing, and a sore throat, and was tested on Tuesday evening. Moisés said that according to medical orientation, he will remain in quarantine, complying with all social distancing protocols. So far, Santa Catarina has been one of the country’s most successful states in the fight against the pandemic, with a relatively low number of COVID-19 cases.

US Department of Homeland Security to safeguard historic monuments

The United States Department of Homeland Security announced today the creation of a “task force” to protect historic landmarks against vandalism and destruction from “violent anarchists and rioters” around the nation, according to acting secretary Chad Wolf. The decision was made after the countless anti-racism protests which took hold of the country since the death of George Floyd, an unarmed black man, choked to death by a white police officer. Several acts have been scheduled for this Saturday, July 4th, when the national holiday which celebrates the country’s independence will be held. “We want to make sure that our facilities are protected, the statues and monuments on those facilities are protected and of course the people that work in those buildings are protected as well,” Wolf said in an interview on TV show Fox & Friends.

Referendum victory will allow Putin to remain in power until 2036

Russian voters have overwhelmingly approved changes in the country’s constitution which will allow president Vladimir Putin to remain in power until 2036. Preliminary results have shown that 78 percent of the population voted in favor of the largest constitutional overhaul since the end of the Soviet Union. Voters had a whole week to cast their ballots, a measure allegedly taken to ensure a high turnout rate without exposing them to any risks during the novel coronavirus pandemic; journalists and members of the opposition, however, have denounced it as a tactic to manipulate results. Among other irregularities reported were also cars and apartments offered as prizes for those who voted, and the free transportation of voters from East Ukraine who have Russian passports in order to vote.