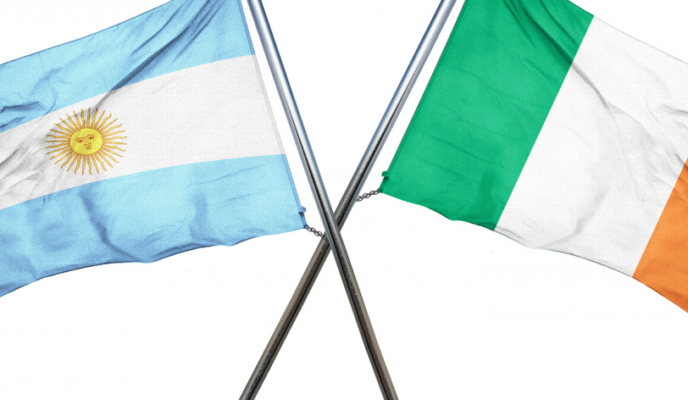 How the same question, submitted to the same pressures, had such a distinct result in two countries with strong Catholic roots

Last week the Argentinian senate defeated a measure which would legalize abortion in that country during the 14 first weeks of gestation. The intense debate between both the different points of view on the subject reminded one recently held in Ireland, another country with Catholic roots. But why was the result different in both countries? Professor Charlie Camosy, of Fordham University, in New York, listed four reasons in an article published in Catholic Herald magazine:

The legal turnaround in Ireland took place when pro-legalization activists decided to exploit the death of dentist Savita Halappanavar in favor of the legalization of abortion. Halappanavar died at 31 years of age, in October 2012, in a Galway hospital. Both the hospital and the Irish government concluded her death was caused by an undiagnosed sepsis, but the version which was spread before the end of the investigation sustained that she had died due to a denied abortion.

The media and the politicians bought into that version of the story. In Argentina, activists also used a 2015 case, in which a 14-year old girl was killed by her boyfriend after becoming pregnant. The difference is that in that country, even though most of the media groups are favorable to abortion, there are relevant exceptions – the newspaper La Nación, for instance, published an incisive editorial taking a stand against legalization. Among the political class, the diversity of points of view is even greater, a fact which could not be seen among Ireland’s parliamentary representatives. The result is that, while Argentina faced a ferocious debate on the topic, in Ireland pro-legalization activists had on their side the media influence and an enormous advantage in the political field.

In both countries, activists pro-legalization were supported by male leaders who, despite claiming to be against abortion, changed their opinion or adopted an ambiguous stance. Irish prime-minister Leo Varadkar, for instance, campaigned as a pro-life, but changed his opinion after being elected. Mauricio Macri, Argentina’s president, also made it clear he would wash his hands and would not veto the law in case the senate approved it, although during his campaign he had said otherwise.

The difference is that in Argentina, deputies and senators raised their voice against the president’s stance. Senator Silvina García Larraburu, for instance, accused Macri of trying to distract the country from the economic crisis and the lack of support to women. Senator Marta Varela also underlined the hypocrisy in claiming to be favorable to “women’s rights” while thousands of them die due to the lack of health and social services. Even vice-president Gabriela Michetti declared herself opposed to the bill.

Although some media outlets have tried to spread the message that Argentina was too Catholic to approve such a bill, it is worth reminding that in 2010 the country became the first in Latin America to allow the marriage between people of the same sex – despite the firm efforts of Catholic leaders, including then-cardinal Jorge Mario Bergoglio, against the proposal.

The fact is that if the pro-life side has always the Catholic Church on its side, the pro-abortion side is not exactly a spontaneous movement which stems from the people. Several NGOs based in developed countries, like Amnesty International and International Planned Parenthood Federation, have pressured Argentina and Ireland towards legalization. In a clear example of neocolonial imperialism, Amnesty International paid for a full-page ad in The New York Times expressing their position and saying “the whole world is watching”. The difference is that Argentina did not care about it, just like it did not care about the Catholic Church eight years ago.

When it comes to abortion, it is never enough to remember that one of the precursors of the legalization movement in the United States, Bernard Nathanson, admitted unabashedly that he invented statistics on women who died from illegal abortions as a way of causing commotion among the population towards his agenda. In the recent debates held in Argentina and Ireland, the statistical swelling struck again. The Argentinian health minister, Adolfo Rubinstein, for instance, claimed that 354 thousand clandestine abortions were realized every year in the country – half of the total number of births per year.

One data usually exploited by supporters of the legalization is that the maternal death rate in Argentina is 50 to every 100 thousand births. Most developed country – which mostly have legalized abortion – have a rate lower than 10. It would be much fairer, however, not to compare Argentina with developed countries in Europe, but with their neighbors. Chile, for instance, have laws against that are as restrictive as Argentina’s, but has a maternal death rate of only 20.5. Unlike Ireland, however, the Latin American country was able to cope with this disinformation tactic – actually, it became a card up the sleeve of the senators who denounced pro-legalization activism as a smokescreen for the country’s real problems.