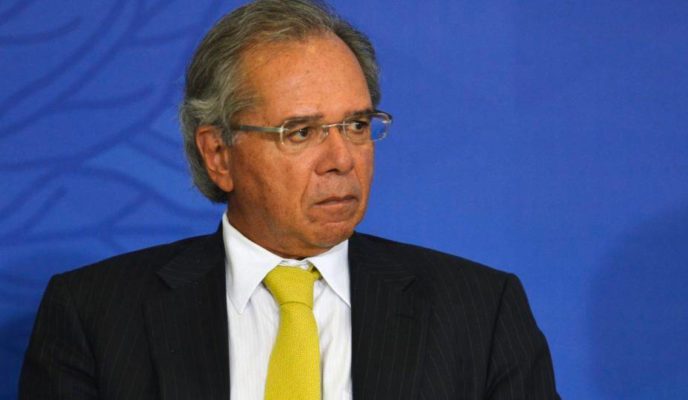 Economy minister Paulo Guedes is eyeing investment funds made by rich families, resurrecting a bill previously shelved by Congress. President Bolsonaro’s award presentation raised eyebrows after it was revealed that Justice minister and popular icon Sergio Moro has been granted the same honor as Tourism minister Marcelo Álvaro Antônio, currently under investigation for election fraud. A Cambridge University study claims figures concerning deaths motivated by homophobic reasons are being artificially inflated in Brazil. In the meantime, the Venezuelan crisis steepens: Industry and National Production Minister El Aissami is accused of having ties with Hezbollah and the organized crime. Finally, fewer and fewer young people are looking for a driver’s license, indeed a curious phenomenon.

Economy Minister Paulo Guedes showed interest in a bill which had been shelved last year, and aimed at taxing exclusive investment funds, ensuring their immediate gains to the federal government. The government expected to collect almost R$ 11 billion in one year with the approval of that bill, but the text was eventually rejected by Congress. These funds are currently only paid along with income taxes or at the end of the funds, and therefore are not profitable for the federal revenue, despite the high volume of money involved.

Brazil’s highest decoration, the Order of Rio Branco, has been granted recently to over 200 people by President Jair Bolsonaro. The award’s highest rank, the Grand Cross, has been awarded to Bolsonaro’s vice-president Hamilton Mourão and writer Olavo de Carvalho. Justice minister Sergio Moro and Tourism minister Marcelo Álvaro Antônio have also received the honor – and the latter is currently under federal investigation after alleged accusations of sponsoring a straw candidacies campaign.

Brazil is the country that kills gays, lesbians, and transvestites the most in the world. Every 19 hours an LGBT person is murdered or commits suicide. These figures, often repeated by the press or militants, have now been challenged by a new survey. According to a study published on Wednesday by biologist Eli Vieira, from the University of Cambridge, the number of unsolved murder cases, added to confirmed cases which had no sexual motivation, has increased over the years, and prejudice against the victims only serves to increase this perception.

The New York Times published on Thursday excerpts from a secret dossier compiled by Venezuelan secret agents reporting several connections between Minister of Industries and National Production Tareck El Aissami, and criminal organizations. Aissami, one of the closest allies of Venezuelan dictator Nicolás Maduro, is accused of facilitating the entry of militants of Shiite terrorist group Hezbollah into Venezuela, as well as having business transactions with a drug dealer accused of storing 140 tons of chemical substances used in the production of cocaine.

According to data provided by the National Traffic Department, DENATRAN, from 2014 to 2017 the issuing of a National Driver’s License to young people between the ages of 18 and 21 has dropped by 20.61 percent. Among the causes of this lack of interest are the economic crisis, the costs of obtaining the document and maintaining a car, not to mention the popularization of ridesharing apps.