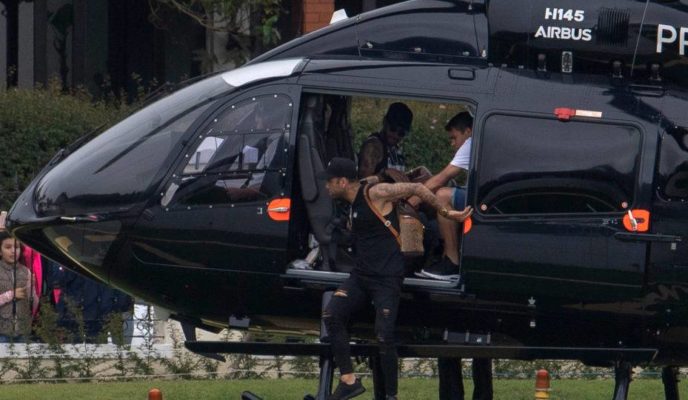 Brazilian soccer star Neymar has been accused of rape by a Brazilian woman on a date in Paris. The striker answered the accusations by posting his Internet conversations with the accuser, and now will be investigated for breaching privacy laws. A Curitiba restaurant considered an institution by its patrons for serving the same dishes for 47 years straight may close, much to their disappointment. Brazilian university receives an award for conducting pharmaceutical experiments without animal testings; a laboratory at the Federal University of Goiás received a prestigious award for its effort to ban the use of animals in the development of new products. In the 30th anniversary of the Tiananmen massacre, top Chinese officials described the government repression as ‘correct’, mentioning the episode as the reason for the country’s stability since then. Finally, Brazilian president Jair Bolsonaro will travel to Argentina to show his support of current president Mauricio Macri and develop new projects, such as a Mercosur reform and new hydroelectric power plants.

After being accused of rape, Neymar posts private conversation

Teresópolis city police investigators went to the Brazilian national team’s training camp at Granja Comary for the first inquiries concerning soccer star Neymar’s rape accusation. On Friday a Brazilian woman filed charges against the Paris Saint-Germain striker, claiming she was sexually assaulted by him in her Paris hotel room while on a date with the soccer player. Neymar used Instagram to post a seven-minute video on which he showed WhatsApp messages he allegedly exchanged with the accuser, claiming they show that it was consensual sex, and called the incident “a set-up” to extort money from him. Neymar is now being accused of violating Internet privacy laws, since he posted private photos sent by the woman.

78-year-old Manoel Silvio de Barros, a.k.a. “Português”, came from the Portuguese island of Madeira to Brazil in 1953, and opened up a bar with his brothers in Curitiba in 1964. Eight years later he opened his own restaurant, named Beija Flor, in the capital of Paraná state, where he has been serving the same dishes and snacks to a faithful clientele ever since. Among his main dishes, which he claims have been the same size since he opened the place – are grilled chicken, beef steak and “pratos feitos” (rice, beans, farofa, French fries, egg, and beef). His recent decision to sell the establishment has been causing a “commotion” among his patrons; his dining-hall is almost always packed, and he serves more than 100 meals per day.

One of the major challenges faced by the pharmaceutical and cosmetics industry is the development of technologies which allow the development of new products without conducting animal testings. New regulations imposed by several countries and the World Health Organization have increased the need for innovations in this field. Tox In, a laboratory at the Federal University of Goiás, has become a reference in the subject. Created in 2004, it allows highly-reliable tests to be conducted without the need for animals. Last week, Tox In received the Lush award, granted in England to organizations which strive to eliminate the use of animals in scientific testings.

China’s Defense minister Wei Fenghe claimed on Sunday that the massacre of pro-democracy protesters by government forces on Beijing’s Tiananmen Square 30 years ago was a ‘correct policy’, claiming the country has been ‘stable’ ever since. “The government was decisive to prevent any further turbulence,” said Fenghe, claiming the protests were “political riots the central government had to repress.” On Tuesday the 30th anniversary of the protest, which congregated workers and university students on Beijing’s main square, will be celebrated. It is estimated that two thousand and six hundred people died during the conflict.

Brazilian president Jair Bolsonaro will visit his Argentinian counterpart, Mauricio Macri, on Wednesday and Thursday this week. On the agenda are a possible Mercosur reform – one month before the next meeting of the commercial bloc – and a treaty for the construction of two binational hydroelectric power plants following the model used by Brazil and Paraguay on the Itaipu plant. Bolsonaro has already expressed his concern with a likely return of former president Cristina Kirchner and the Left to power in the neighboring country’s upcoming election, and is clearly signaling his support for Macri.