Fale a língua do mundo. Faça Wise Up.
Wed 01 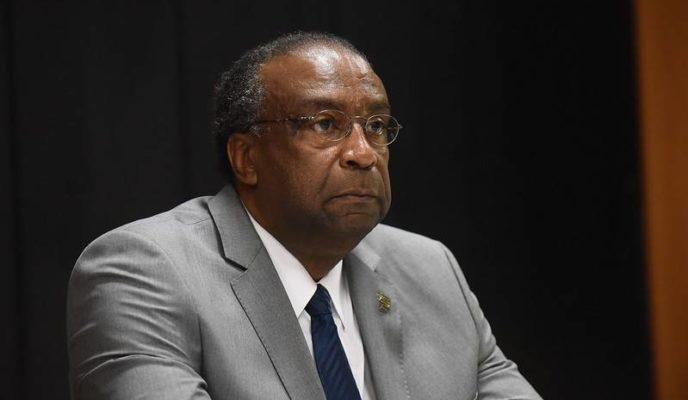 Carlos Alberto Decotelli, appointed by Brazilian president Jair Bolsonaro to be the country’s new Minister of Education, has officially resigned from his position without having been sworn-in, due to the increasing pressure after the media discovered several irregularities in his résumé. Ten people have died after a severe storm hit the southern Brazilian states of Paraná, Santa Catarina, and Rio Grande do Sul. App delivery workers throughout Brazil are calling for a nationwide general strike; restaurant owners and spokesmen for the app companies, however, do not believe most workers will adhere to the movement. The Cuban dictatorship has placed several journalists and activists on house arrest, in an attempt to prevent them from reporting the illegal anti-racism marches being held on the island after the death of an unarmed black man by police officers. Finally, the European Union has released a list of 15 countries whose travelers may be allowed inside the bloc, which had been closed for months due to the novel coronavirus pandemic; Brazil and the United States are not on the list.

After five days in office, Decotelli resigns from Ministry of Education

After being announced by Brazilian president Jair Bolsonaro as the new Minister of Education on June 25th, Carlos Alberto Decotelli has officially resigned from the position without having been sworn-in. In an interview with CNN Brasil, Decotelli admitted that the project he intended on implementing in the ministry was questioned due to his “curricular inconsistencies.” But, according to him, the main point which determined his rejection for the office was the fact that Fundação Getúlio Vargas claimed he was never a professor at the institution, a piece of information he described as “fake.” The head of the presidency’s Institutional Security Office, general Augusto Heleno, used his social media to state that the Brazilian Intelligence Agency is not responsible for analyzing résumés of potential ministers.

Ten people are dead after the severe storm which hit the Brazilian states of Paraná, Santa Catarina, and Rio Grande do Sul on Tuesday. In Santa Catarina, nine people died due to landslides or hit by falling debris, and a man is still missing; a man in Rio Grande do Sul died after a landslide, and no deaths were registered in Paraná. The winds reached speeds of 120 km/h after the formation of an extratropical cyclone, associated to the arrival of a cold front over the region, causing heavy rain and strong winds.

Brazil’s app delivery workers, known in the country as “motoboys”, are calling for a nationwide strike; among their demands, are the definition of a minimal kilometer fee for each delivery, and an increase in the amount paid to each worker for their services. They are also demanding protection equipment against COVID-19, such as masks and gloves, which the companies claim they are supplying. Spokesmen for restaurants and bars, as well as the app companies themselves, however, do not believe the majority of couriers will adhere to the strike.

Cuban journalist Abraham Jiménez Enoa, who writes for international media outlets such as The Washington Post and The New York Times, stated yesterday that he was being kept under house arrest at his home in Havana by the dictatorship’s security agents. Several independent journalists and activists are also being kept at their homes by security agents. The reason is the dictatorship’s attempt to prevent them from reporting the illegal anti-racism protests being held in several cities after the death of a 27-year-old black man, killed on the outskirts of Havana by police officers. He was allegedly unarmed, and, according to witnesses, was shot in the back. 30 people were reported to have been arrested in the government’s attempt to curb protests in cities in the interior of the island.

EU to allow travelers from 15 other countries; Brazil is not on the list

The European Union has informed it will begin to lift restrictions on travelers coming from countries outside the bloc, imposed by the novel coronavirus pandemic. The scheduled date for the lifting of these restrictions is July 1st, and will be initially applied to 15 countries. In South America, only Uruguay is on the list; travelers from Brazil, like those from the United States, will not be allowed into EU countries due to the recent increase in the number of COVID-19 cases. According to European authorities, the list may be reviewed and updated every two weeks.