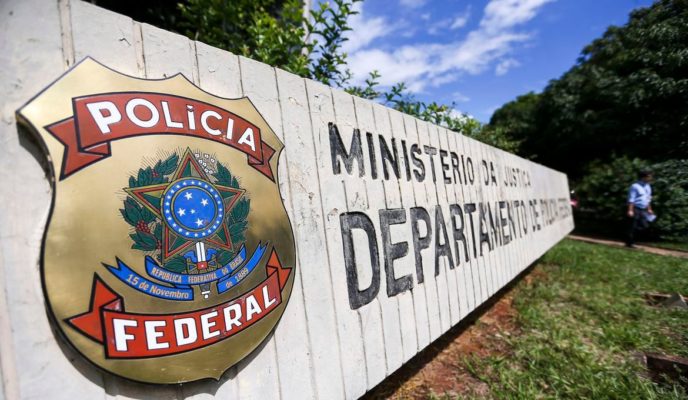 Brazilian Federal Prosecutors are now targeting federal police chiefs, after going after members of the federal executive. Justice Dias Toffoli, president of Brazil’s Federal Supreme Court, has been discharged from hospital after a relatively mild home incident. A former member of the SS who served as a Nazi guard at a concentration camp has apologized on the stand before his court verdict: the 93-year-old man, who was a minor at the time, said that “something like this must never happen again.” Ecuador’s National Justice Court has officially confirmed an eight-year sentence against former dictator Rafael Correa, currently exiled in Belgium. Finally, a majority of Peruvian congressmen have voted in favor of a bill putting an end to political immunity in the country, a measure which had been used by corrupt politicians to shield themselves from corrupt practices.

Brazil’s Federal Prosecutor’s Office is now targeting Rio de Janeiro police chiefs involved with the inquiry investigating the so-called “Furna da Onça” operation, which was responsible for the whole Fabrício Queiroz affair. After senator Flávio Bolsonaro’s statement on Monday, attorney Eduardo Benones says that the next step in the investigation would be listening to members of the corporation. Benones said all agents who took part in the operation, which targets corruption practices in Rio’s Legislative Assembly, will be inquired; Fabrício Queiroz, a former aide of the then-Rio congressman, is one of the main targets of this operation.

Brazilian Federal Supreme Court president, justice Dias Toffoli, has been discharged from the hospital in which he stayed for almost 24 hours after spending an evening in observation, due to a domestic accident. Toffoli fell down in his home and hit his head, which prompted the need for several neurological exams. He also suffered a small cut on his face, which had to be stitched. He is in a good condition, according to Vila Nova Star Hospital, in São Paulo.

In his last statement before hearing his sentence for being an accomplice in the murder of thousands of people, 93-year-old Bruno Dey, a former member of the Schutzstaffel, one of the deadliest factions within Germany’s Nazi Party during World War II, who worked at a concentration camp, apologized to victims of the Holocaust on the stand: “Today I would like to apologize to those who went through the hell of this madness, as well as to their relatives. Something like this must never happen again.” His sentence is scheduled for Thursday. Dey is accused of being an accomplice in the murder of 5.2 thousand people, especially Jews, between August 1944 and April 1945. His defense team asked for the annulment of the case, on the grounds that he was a minor at the time.

On Monday, Ecuador’s National Justice Court confirmed the eight-year sentence for corruption handed to the country’s ex-president, Rafael Correa, and denied the politician’s appeal. Correa was president of Ecuador between 2007 and 2017, and is currently exiled in Belgium, the country of origin of his wife, Anne Malherbe Gosselin. Eight members of his cabinet have already been convicted within the scope of a massive investigation called “Operations Briberies”.

Peru congress votes against political immunity in the country

Most political groups in Peru, with the exception of allies of ex-president Alberto Fujimori, have decided to support a bill putting an end to all immunity political privileges formerly granted to the country’s politicians. Polls in the country have shown that 80 percent of the people support this measure, which has originally been designed to protect legislators from being criminally prosecuted for political reasons, but has quickly become a shield for corrupt activities. According to this new bill, not even the president of Peru is immune from an accusation, as well as the country’s Constitutional Court justices. Experts have claimed the change violates Peru’s Constitution.