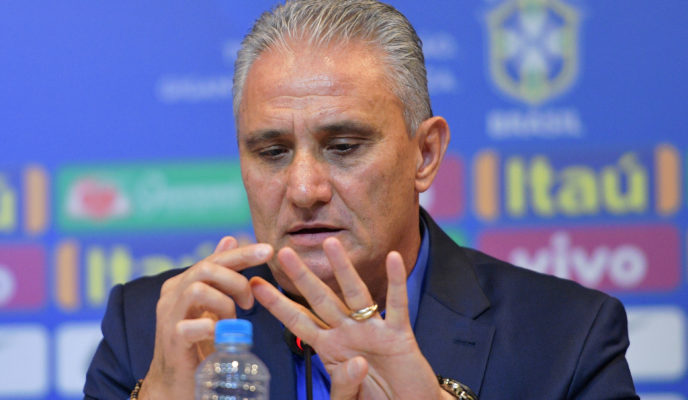 Coach Tite has called up the new Brazilian squad for friendlies against the United States and El Salvador, in preparation for America’s Cup next June. Neymar is on the list, as well as important players for Flamengo, Corinthians, and Cruzeiro, teams committed to the Brazilian Cup semifinals. Fans are not at all pleased. Maybe some music can cheer them up. That’s what political jingles are for. Having an upbeat melody (except for Geraldo Alckmin’s), jingles are an effort to hide the underlying political tension present in any presidential campaign.

After the fiasco in the Russian World Cup, Coach Tite upsets fans with the new list

Coach Tite announced the new national soccer team early this morning. After the disappointment of the Russian World Cup, fans were hoping for a renewed squad. But Tite insisted on controversial names like Fagner (Corinthians) and bratty star Neymar (PSG). Worse, Tite has upset Flamengo, Cruzeiro, and Corinthians fans for calling up crucial players involved in the Brazilian Cup semifinals.

Justice Rosa Weber, the president of the Supreme Electoral Court, has confirmed Justice Barroso as the rapporteur of Lula’s case in court. Barroso already has several petitions calling for Lula’s candidacy annulment in his hands, including one from Attorney General Rachel Dodge. Known as a supporter of the Clean Record Law, Barroso can make a decision alone or submit the case to the TSE plenary.

Forró, country, and reggaeton: have you already heard this year’s presidential jingles?

Jingles are a tradition in Brazilian elections. Candidates use them to convey the possibility of happy change and prosperity. This year’s jingles are no different. Jair Bolsonaro’s, for example, appeals to a Northeastern forró to express change for the better and freedom. Geraldo Alckmin’s, on the other hand, uses a too calm melody to suggest an also mild optimism. Marina Silva’s mixes country, forró, rap, and other styles to say that she has never given up on Brazil.

In an interview with Record TV, presidential candidate Guilherme Boulos (PSOL) said that, if elected, he would promptly free Lula and put president Temer (MDB) in jail. He could not explain, however, how he would take such measures in a democratic setting. Moreover, he suggested an expansionist economic plan focused on construction and always making big decisions based on popular referenda.

On the first day of the campaign, candidate Ciro Gomes calls PT a “dirty party”

Relations between Ciro Gomes (PDT) and the Labour Party are shaky. On the first day of the campaign, the always assertive candidate said to represent “the clean left, the one that is not in precincts.” When asked what would be the “dirty left,” Gomes answered elegantly as usual: “That’s up to you to say.” The statement changes Ciro’s condition as a supporter of Lula.