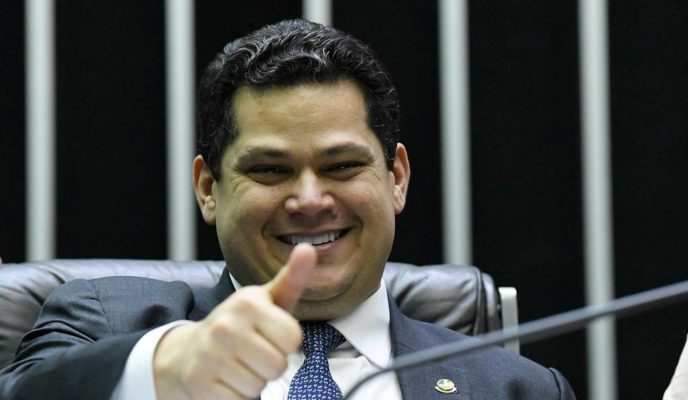 Brazilian Senate president Davi Alcolumbre raised the possibility of a new constituent assembly in an interview on Tuesday, after the recent debate regarding a constitutional amendment bill to reinstate the arrest after a second-instance conviction, which has recently been overturned by the Federal Supreme Court. President Jair Bolsonaro has announced his departure from PSL, and the creation of his new party, Aliança pelo Brasil. A provisional presidential decree will put an end to the mandatory registry for the practice of several professions, including journalists, chemists, and advertisers; journalists will no longer need to have a university diploma in order to exercise their job. Military planes flew low over Bolivia’s capital, La Paz, during a demonstration in support of former president Evo Morales. Finally, Disney’s long-awaited streaming service debuted on Tuesday but users reported experiencing broadcasting issues due to a system overload.

Alcolumbre raises the possibility of a new constituent assembly

Brazilian Senate president Davi Alcolumbre said in an interview with O Globo on Tuesday that he wants to hear party leaders on the possibility of convening a new constituent assembly. Alcolumbre said this could be necessary considering the disagreements on whether a constitutional amendment bill about the immediate arrest of convicts after losing their second appeal would be a violation of an entrenched clause of the Constitution. 43 senators have declared their support to the bill, so far. Rodrigo Maia, president of the Lower House of Congress, has declared he opposes the idea of a constituent assembly.

Bolsonaro announced his departure from PSL

Brazilian president Jair Bolsonaro announced on his Facebook account he is officially out of PSL. On Tuesday evening, he met with allied members of Congress and his legal advisor at the Planalto Palace to announce the creation of his new party: Aliança pelo Brasil (“Alliance for Brazil”). On his post, he thanked all who cooperated with him during his time in PSL and helped him in the 2018 elections. His son, Eduardo Bolsonaro, posted on his social media accounts the picture of the new party’s logo, and wrote that “with a solid conservative base, we will make the 2018 tsunami a permanent wave.”

In the package of labor measures set forth by the provisional amendment which creates the Green Yellow program, the Bolsonaro administration has revoked several provisions of the Brazilian labor law. Among them are the articles which established the need for a professional registry in order to formally practice the professions of journalist, radio broadcaster, chemist, archivist, and even car parkers and washers. The provisional presidential decree has also put an end to the legal requirement of a diploma in order to exercise the profession of journalism.

Two planes of the Bolivian Air Force flew over the country’s capital, La Paz, on Tuesday afternoon, during a demonstration staged by supporters of MAS, the party of ex-president Evo Morales. The goal of the maneuver of the aircraft, which flew low over the city, was to inhibit protesters from violent actions during the event. Morales’s supporters took to the streets to show their rejection of rival politicians like former president Carlos Mesa, opposition candidate in the recent elections, and to demand respect to the country’s native peoples after anti-government protesters burned the Whipala, a local indigenous flag.

Thousands of Disney fans, anxious to watch their favorite movies on demand, were greeted by an error message on Tuesday, hours after the official launch of the Disney+ streaming service overloaded the company’s servers. The service has initially been made available in the United States, Canada, and the Netherlands, and will reach Latin America only in 2020. An official statement has been released claiming that the company is working to solve “any current problems.” Customers who use the service will be able to watch 500 movies and 7,500 episodes, including titles from Pixar, Marvel, Star Wars, and National Geographic, and has an initial cost of US$ 6.99.