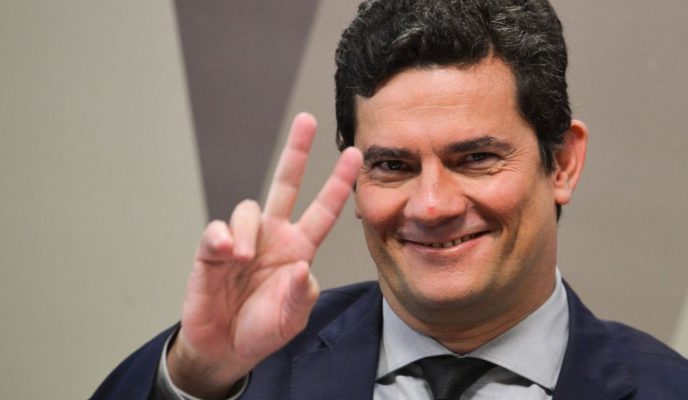 After a ten-week deliberation period, the Brazilian Lower House of Congress has approved the anticrime bill drafted by Justice and Public Safety minister Sergio Moro. The bill must now be approved by the Senate. The minister also discussed in an interview the recent tragedy in a favela in São Paulo, in which nine people were trampled to death after a botched police incursion in the middle of a street party; according to Moro, the incident cannot be justified as a self-defense incident. Brazil’s state-owned power company Eletrobras has announced the resignation of 1,300 employees as a part of an agreement with the country’s Superior Labor Court. Ricardo Salles, the Brazilian Environment minister, has announced two major agreements aimed at recycling tech waste and shutting down landfills in the country. Finally, a shooting incident at the United States naval base in Pearl Harbor, Hawaii, has left two people dead and one wounded, and caused the complete shutdown of the site.

After ten weeks of deliberation, the government’s anticrime bill sent to Congress by Justice and Public Safety minister Sergio Moro was approved by the Brazilian Lower House on Wednesday evening. The score of 408 favorable votes against 9 reflects the yearning of Brazil’s population for more rigorous legislation to fight violence and organized crime. The bill must now be approved by the Federal Senate. The text of the so-called “antiviolence pack” is made up of bills written by Moro and Federal Supreme Court justice Alexandre de Moraes, and if approved will alter the country’s Penal and Criminal Procedure Code, as well as laws addressing money laundering and heinous crimes.

Moro on Paraisópolis deaths: “it was never about self-defense”

Brazil’s Justice and Public Safety minister Sergio Moro discussed on Wednesday the nine deaths in the Paraisópolis favela, in São Paulo, caused by a failed incursion by the São Paulo state military police at a crowded street party. “Apparently there was some excess there, a severe operation error which resulted in the death of some people. But in no way was there a self-defense situation,” said Moro during an interview.  São Paulo governor João Dória called the event a “sad incident” and said he would send his “solidarity” to family members of the victims. Paraisópolis residents have complained of police brutality in reports and videos.

In the second round of the Consensual Resignation Plan implemented by Brazilian state-owned power company Eletrobras, 1,300 employees agreed to resign by December 31st. According to the company, this figure represents 97.6 percent of the total established by the Collective Labor Agreement for the 2019/2020 period, and sanctioned by the Superior Labor Court, of employing a maximum of 12,500 workers by January 1st, 2020. According to Eletrobras, the workforce reduction will generate a yearly estimated economy of R$ 490 million within 18 months.

Ministry of Environment announces measures to eliminate landfills in Brazil

Brazilian Environment minister Ricardo Salles has announced two deals which will allegedly put an end to landfills in the country: one addressing the reverse logistics of electronic waste, and another concerning lead-acid automotive batteries. The ministry disclosed that the agreements were drawn nine years ago and effectively signed nine months ago, when dates and goals were established. According to the terms agreed upon, 5 thousand e-waste collection points will be set up, and 90 percent of all automobile batteries will be collected and recycled into 153 tons of lead within the next four years.

Pearl Harbor shipyard is shut down after shooting

Security forces were deployed at the United States military naval base in Pearl Harbor, Hawaii, after a shooting was reported at the site. All access to the base was shut down, and, according to local sources, two people were dead and one was wounded. One witness reported that the shooter killed himself. The incident happened three days before the anniversary of the infamous Japanese attack at the same site on December 7th, 1941, which led the U.S. to declare war on Japan and enter the Second World War.