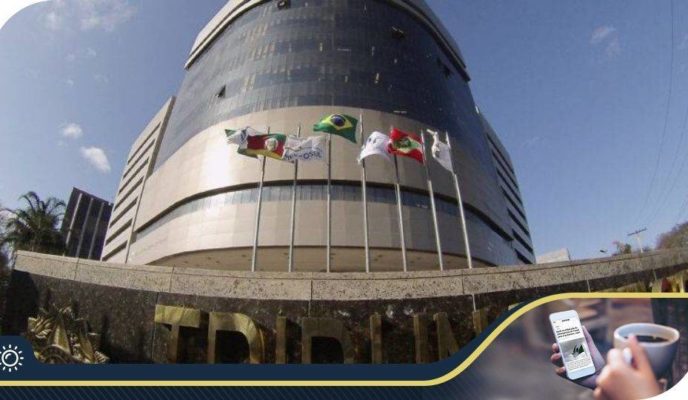 A Brazilian appellate court voted unanimously to increase the prison sentence of former president Luiz Inácio Lula da Silva, on the trial concerning his farmhouse in the city of Atibaia, São Paulo, from nearly 13 years in jail to 17 years, one month and 10 days. Brazilian president Jair Bolsonaro has declared he might endorse the legalization of casinos in Brazil if he is able to rely on the support of evangelical members of Congress; a bill is about to be voted on the subject. The Chilean congress approved a 50 percent cut in all monthly wages of high-ranking authorities, after months of violent anti-government protests had rocked the South American country. After a similar months-long series of protests in the Chinese city of Hong Kong, U.S. president Donald Trump signed two bills supporting local pro-democracy demonstrators. Finally, after 41 years covering Formula One on Brazil’s main TV network, Rede Globo, the network’s top commentator, Reginaldo Leme, decided to quit.

Yesterday, the Regional Federal Appellate Court of the 4th Region (TRF-4) unanimously decided to increase the sentence imposed upon former Brazilian president Luiz Inácio Lula da Silva in the case involving his Atibaia ranch for 17 years, one month and 10 days in prison. The Workers’ Party politician had been sentenced initially to 12 years and 11 months in jail for the crimes of corruption and money laundering. This is by far the heaviest sentence imposed on Lula, who has already lost two appeals on another notorious trial involving his alleged Guarujá triplex apartment. Lula may still appeal the decision, and request a motion for clarification.

Bolsonaro may legalize casinos in Brazil if backed by evangelical politicians

Several members of Congress have resumed their push to legalize casinos in Brazil. President Jair Bolsonaro was questioned on the issue, but refused to give a definite answer, claiming he would first have to consult members of the so-called evangelical bloc – his main personal argument is that “family men” would gamble away their wages. The bill is ready to be voted and has been debated by members of Congress and government; most religious congressmen oppose the idea, but are willing to discuss an alternative; Rio de Janeiro mayor Marcelo Crivella, for instance, an evangelical bishop himself, defends the legalization of gambling – but only for foreigners. Lower House president Rodrigo Maia defended the legalization, but would restrict it to resorts.

On Wednesday evening, Chile’s Lower House unanimously approved a bill which reduces the monthly wages of high-ranking politicians by 50 percent, in an apparent answer to the now months-long violent anti-government protests. The bill, which still has to be voted by the country’s senate, states that monthly wages of congressmen and federal and regional authorities will be reduced by half, until a new autonomous commission meets to decide their new salaries, within a 60-day deadline. Mayors, members of the judiciary and the Prosecution Office will be exempt from the decision, and no public official may have a bigger salary than that of the president.

On Wednesday, United States president Donald Trump sanctioned a bill approved by Congress supporting the pro-democracy protesters in Hong Kong. “I signed these bills out of respect for President Xi, China, and the people of Hong Kong,” he said in an official statement issued by the White House. According to one of the bills, the State Department must certify once a year that Hong Kong is sufficiently autonomous to retain its special U.S. trading consideration, while the other imposes sanctions on Chinese and local officials deemed responsible for human rights abuse and bars the sale of munitions such as tear gas and rubber bullets to the Hong Kong police.

After 41 years, Brazilian journalist Reginaldo Leme left his post as Rede Globo’s main Formula 1 commentator. Covering races for the network since 1978, Leme’s decision to leave came as a surprise, since he still had one year left in his contract with Globo. He won’t be present in the broadcasting team attending the Abu Dhabi Grand Prix next Sunday. Leme began his partnership with Globo TV’s – and Brazil’s – leading sports announcer, Galvão Bueno, in 1981, and covered all three world titles won by both Nelson Piquet and Ayrton Senna, as well as the latter’s fatal accident in 1994.