Fale a língua do mundo. Faça Wise Up.
Mon 08 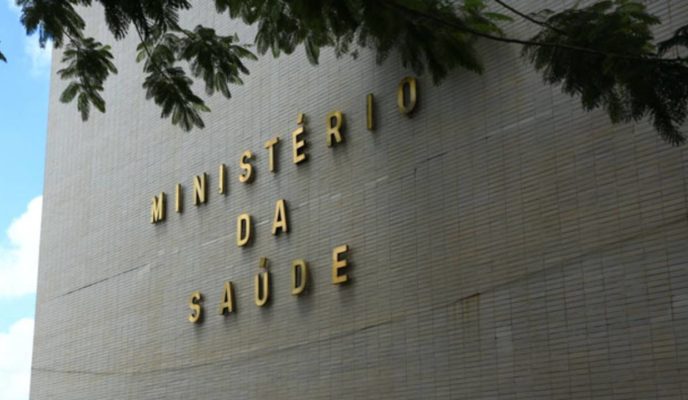 The Brazilian government decided to withhold data on the novel coronavirus pandemic and COVID-19-related cases and deaths in the country, in a controversial decision which sparked furious reactions from politicians and members of the medical community; president Jair Bolsonaro himself justified the decision as an attempt to prevent a major television network in the country from broadcasting such data on its nightly news program. Several anti and pro-Bolsonaro demonstrations were held in several Brazilian cities on Sunday, with less violence than expected. Today, a man threw red paint at a ramp in from of the Planalto Palace, as president Jair Bolsonaro was approaching the area. After ten straight days of anti-racism and anti-police brutality protests all over the United States, New York City mayor Bill de Blasio announced he will cut funding for the local police force, while the Minneapolis City Council declared its intentions of completing dismantling the local police department and investing in alternative public safety options. Finally, after the government of New Zealand announced the country has fully eradicated COVID-19, prime minister Jacinda Ardern said that all quarantine and social distancing measures will be ended as well as the full return to normal life in the nation.

For a whole day, the Brazilian Ministry of Health took off the air the website with detailed information on the novel coronavirus pandemic and COVID-19 cases in the country, only to put it back online later but with basic information. For weeks since the beginning of the pandemic, the ministry released daily bulletins by 5 p.m., but this deadline was successively delayed, until president Jair Bolsonaro himself announced he would no longer release data in time for them to be broadcast on Jornal Nacional, the main news program of his archnemesis, Globo TV. The decision caused a violent backlash from members of the medical community and politicians; Lower House of Congress speaker Rodrigo Maia said that “playing with death is perverse,” while the Office of the Federal Public Defender filed a preliminary injunction to request the reposting of all hidden information and demand daily updates.

Several protests against Brazilian president Jair Bolsonaro were held in several of the country’s major cities this Sunday, many of them attended by political opponents of the current head of the executive branch. Pro-Bolsonaro demonstrators also took to the streets in some cities, but, unlike last week, there were few incidents of violence between members of both groups or with the local police forces. In São Paulo, for instance, the Military Police said they were only forced to restrain protesters after a bank branch was attacked, and in Rio de Janeiro people carrying knives were identified and removed from the protests. Bolsonaro said today that such anti-government demonstrations are “the biggest problem at the moment.”

This morning, a man threw red paint at the ramp used by authorities in front of the Planalto Palace. President Jair Bolsonaro was already present at the site when it happened, but watched it from a safe distance and did not speak with the press. No further damage was registered other than the red dye, and the man responsible for the act was identified and “handed over to police authorities so appropriate legal measures can be taken,” according to the Presidency’s Institutional Security Cabinet, whose head minister, general Augusto Heleno, inspected the work of the palace staff who cleaned up the ramp.

The mayor of New York City, Democrat politician Bill de Blasio, promised on Sunday to slash funding destined to the city’s police force, after ten consecutive days of demonstrations and riots held throughout the United States to protest the death of an unarmed black man, former security guard George Floyd, choked to death by a Minneapolis police officer. The current NYC police budget is US$ 6 billion, but De Blasio did not discuss figures, and said the matter would be discussed with the City Council. Meanwhile, the Minneapolis City Council announced its intention of disbanding the city’s police department, and investing instead in community-led public safety.

With no active COVID-19 cases, life in New Zealand returns to normal

Today, New Zealand’s health authorities have officially informed that there are no longer any COVID-19 cases in the country. The last patient infected with the novel coronavirus, a 50-year-old woman from Auckland, has fully recovered. According to Johns Hopkins University, the South Pacific country registered 1,504 cases of the disease since the beginning of the pandemic, and 22 deaths. With the good news, prime minister Jacinda Ardern announced the end of the restrictions imposed to contain the spread of the virus. Ardern’s government had adopted a strict quarantine right after the first COVID-19-related death, on March 25th, but on Tuesday life in New Zealand will return to normal; schools will be reopened, and people will no longer need to wear masks nor maintain social distancing. Only the country’s borders will remain closed to prevent new cases.