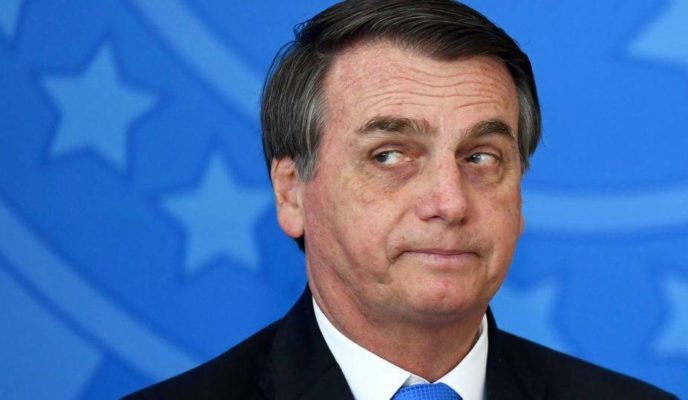 While several Brazilian states are adopting increasingly restrictive measures in order to fight the novel coronavirus pandemic, president Jair Bolsonaro declared in an interview his plans of hosting a barbecue this weekend for 30 guests, and visiting his elderly mother in the near future. Meanwhile, six Brazilian states are showing signs of collapse in their health sector, with no ICU beds available even in private hospitals. Brazilian Federal Supreme Court justice Celso de Mello has requested a video which allegedly shows president Bolsonaro threatening to fire former Justice and Public Safety minister Sergio Moro if he didn’t accept his decision to change the director-general of the country’s Federal Police. One day after meeting with president Bolsonaro to settle dismissal rumors, former soap opera superstar and current special secretary for Culture, Regina Duarte, walked out of a controversial interview with CNN Brasil. Finally, United States president Donald Trump phoned his Chilean counterpart, Sebastián Piñera, and offered him help in the fight against COVID-19.

As states go into lockdown, Bolsonaro discusses barbecues and visiting his mother

Once again defying recommendations made by the World Health Organization and health authorities of his own government concerning the novel coronavirus pandemic, Brazilian president Jair Bolsonaro announced yesterday he will host a barbecue on Saturday for around 30 guests at his home. “We will chat, perhaps play a little soccer. There won’t be any drinking. Everyone will chip in, R$ 70,” said the president as he addressed journalists returning to the Alvorada Palace. The president also declared he plans on visiting his mother, who lives in Eldorado, São Paulo, in two weeks’ time. Yesterday Brazil registered over 600 deaths caused by COVID-19 for the third straight day.

Six Brazilian states are already experiencing signs of collapse in their private health sector, with a lack of intensive care unit beds, due to the growing spread of the novel coronavirus pandemic in the country, according to the National Health Confederation. According to the entity’s president, Breno Monteiro, the situation has become so serious in the states of Amazonas, Pará, Ceará, Pernambuco, Maranhão, and Rio de Janeiro, that it is no longer possible to hire ICU beds in private hospitals as a way of coping with the public sector overload. Monteiro pointed out that, once 90 percent or more of all ICU beds have been occupied, the situation can be described as ‘collapsed’. Until Wednesday, 8,536 people had died in Brazil due to the novel coronavirus.

Brazilian Federal Supreme Court justice Celso de Mello has officially requested president Jair Bolsonaro’s administration to hand over a copy of all audio and video recordings made at the April 22nd meeting in which the president allegedly threatened to fire former Justice and Public Safety minister Sergio Moro if he did not agree to replace the Federal Police director-general. The footage was indicated by Moro as one of the main pieces of evidence showing that the president tried to politically interfere with the Federal Police. Mello established a 72-hour deadline for the handover of the material to the court.

One day after meeting with president Jair Bolsonaro and minimizing dismissal rumors, Brazilian special secretary for Culture, Regina Duarte, gave a controversial interview to CNN Brasil which sparked fierce reactions both in Brazil and in foreign media outlets. On Wednesday, the former soap opera star celebrated the “light and informal” tone of her meeting with the president. Yesterday, however, she granted an interview to CNN Brasil in her Brasília office which sparked strong reactions, both on Brazilian social media and foreign media outlets. Duarte apparently dismissed criticism of Brazil’s military dictatorship, claiming people “should not be stuck in the past”, and, when questioned by a fellow actress on the lack of official statements on the recent death of Brazilian artists, she became extremely unnerved and walked out of the interview.

Yesterday evening, United States president Donald Trump called his Chilean counterpart, Sebastián Piñera, and offered help to the South American country in the fight against the novel coronavirus pandemic. “The two leaders discussed the approaches their countries are taking to tackle the COVID-19 pandemic. President Trump offered US assistance to help Chile provide critical care to its citizens,” said White House deputy secretary Judd Deere, adding that Trump “praised Chile’s proactive and balanced approach to protecting the health and livelihoods of Chileans” and thanked Chile’s “unwavering support for democracy and freedom in the region.”