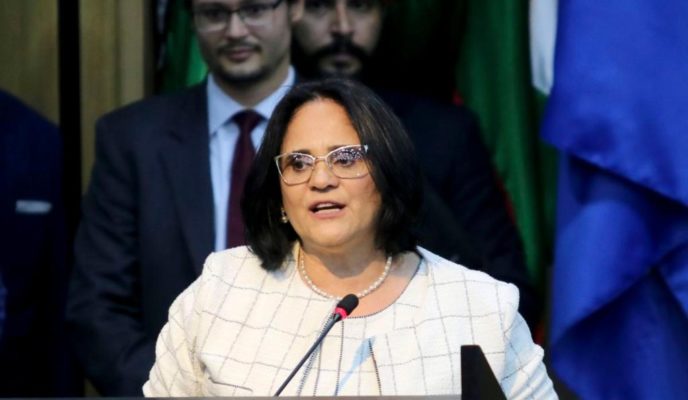 By putting in evidence the Brazilian government’s defense of the rights of the unborn, the criticism of those who defend a decriminalization of abortion in Brazil becomes evident

In a speech at the UN Human Rights Council in Geneva on Monday (25), minister Damares Alves once again defended the right to life “since conception” and the safety of all people, in a criticism of abortion. She also promised to fight discrimination and violence against women, femicide, and sexual harassment.

Among the several issues addressed in her speech – which ranged from the regulation of homeschooling to the demarcation of indigenous lands – the minister spoke about the right to life:

“We will defend tenaciously the full exercise, by all people, of the right to life since conception, and the safety of the people, aligned with the Universal Declaration of Human Rights ands the International Covenant on Civil and Political Rights, as well as, in a regional scope, the Pact of San José,” said the educator.

By putting in evidence the Brazilian government’s defense of the rights of the unborn, the criticism of those who defend a decriminalization of abortion in Brazil becomes evident. This is an important issue, amidst the activist fury present in the current composition of the Federal Supreme Court which usually usurps the power of the legislative branch.

It must be pointed out that the court is currently discussing the Action Against the Violation of a Constitutional Fundamental Right (ADPF) 442. The action is arguing for the decriminalization of the interruption of pregnancies until the 12th week, regardless of the reason. The result is unpredictable, since there is no way of knowing the composition of the court on the occasion of its ruling.

Among the many criticism made to the process, a central point happened during the public hearings held in August 2018. Then, most of the speakers were favorable to the decriminalization, in contrast with the opinion of most Brazilians.

A Datafolha survey published recently showed that 41 percent of the country’s population is opposed to any form of pregnancy interruption, while 34 percent agree that the rules on abortion currently allowed by the legal system should remain as they are. Currently, abortion is allowed in three situations: when the pregnancy is a result of rape, when there is a risk of death for the woman, or when the fetus is anencephalic.

Damares’ speech indicates that president Jair Bolsonaro will be taking into account the opinion on abortion in the two Supreme Court nominations he will be making until the end of his term, in 2022.

By mentioning the Pact of San José, also known as American Convention on Human Rights, Damares refers to the fact that in its 4th article the right to life must be protected by law “from the moment of conception”, and that “no one should be arbitrarily deprived of life.”

The treaty was signed in November 1969, and ratified by Brazil in September 1992. It is made up of 81 articles, and based on the Universal Declaration of Human Rights. Its relevance is due to the fact that it is considered a landmark in the construction of an international system of human rights after the Second World War.

Seat in the Council

Damares defended the Brazilian candidacy to a seat in the UN Human Rights Council, made up of 47 members elected by the organization’s Assembly General.

The minister also promised to fight discrimination, both racial and against LGBT people, as well as developing public policies regarding violence against women, femicide and sexual harassment.

The speech mentioned several times the “unshakable commitment of the Brazilian government to the highest human rights standards, defending democracy and the full functioning of the rule of law.” She also stressed her commitment of following the Federal Constitution as a guiding light. In order to do that, the minister argued that the new government’s Ministry of Human Rights will have increased prerogatives, allowing the development of more encompassing public policies.

In a campaign tone, since Brazil is already a candidate for the council elections which will be held in October, Damares said Brazil is “fully commited to the international human rights system.”