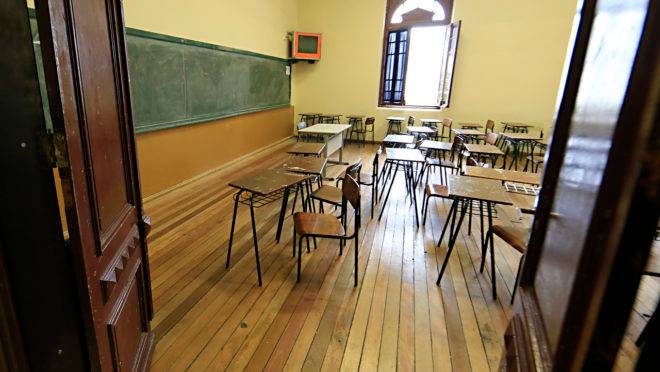 According to a report released by the United Nations Development Program, Brazil has dropped one spot in the Human Development Index ranking compiled by the organization; the country’s stagnant education rates are the reason for the drop. Minas Gerais soccer team Cruzeiro has been relegated from the country’s top division, Série A, for the first time in its 98-year history. The match had to be ended by the referee 40 minutes into the second half, due to violent protests by the club’s supporters. Justice minister Sergio Moro and Economy minister Paulo Guedes are the most popular ministers in Brazilian president Jair Bolsonaro’s cabinet, according to a Datafolha poll released on Sunday. Education minister Abraham Weintraub, on the other hand, is the least popular one. The Kingdom of Saudi Arabia announced it has officially ended gender segregation in the country’s restaurants and cafés. Finally, a fire at a bag factory in India’s capital, New Delhi, has killed at least 43 people and injured several others; the victims are mostly migrant workers who slept at the site at the time of the incident.

In the interval of one year, Brazil dropped one spot compared to the rest of the world, according to the report compiled by the United Nations Development Program (UNDP), released today. Classified as “high”, Brazil’s Human Development Index (HDI) remained at 0.761, placing the country in the 79th position among all 189 countries and territories mapped by the U.N. – the same as Colombia, a nation deeply marred by its conflict with drug cartels. According to the document, while life expectancy and per capita income rose during the last year, expected and average years of schooling rates remained stagnant – therefore preventing the increase of the index.

For the first time in its 98-year history, Brazilian soccer team Cruzeiro was relegated from the country’s top division. The club, one of Minas Gerais’s two main teams, lost 2-nil to Palmeiras yesterday at the Mineirão stadium, and will play the 2020 season in Brazil’s Série B, in the worst chapter of its near centennial history. Supporters were torn between sadness and anger, and the game was ended by the referee 40 minutes into the second half, after seats were broken and thrown onto the field. Police officers sent to the stands to prevent further vandalism clashed with angry supporters, while others fled with children in their arms.

Moro and Guedes are Brazil’s most popular ministers, and Weintraub the least

A poll released by Datafolha on Sunday assessed the popularity of the ministers in Brazilian president Jair Bolsonaro’s government. Economy minister Paulo Guedes came in second, with 39 percent of Brazilians describing his performance as excellent or good, while Justice and Public Safety minister Sergio Moro topped the list, with a 53 percent approval rating. Education minister Abraham Weintraub was the least popular of all ministers, with 31 percent describing him as bad and terrible, followed by Environment minister Ricardo Salles, with 28 percent. The poll has a margin of error of plus or minus two percentage points, and a 95 percent confidence level.

Women in Saudi Arabia no longer need to use separate entrances or sit at segregated areas in restaurants. The decision made by the Saudi government will put an end to one of the most visible distinctions in the occupation of both public and private spaces by men and women in that country. Although some restaurants and cafés in the coastal city of Jeddah and hotels in the capital, Riyadh, already allowed intermingling, the segregation, motivated by religious reasons, was still widespread – even among great Western chains, such as Starbucks. For commercial and touristic reasons, the Saudi government has been making an effort to end measures considered by Western countries to be repressive against women.

A fire at a textile factory on Sunday night left at least 43 dead in New Delhi, India. Most of the victims are Muslim migrants who also lived at the site and were sleeping when the fire broke out. 64 other people were wounded and are being treated in neighboring hospitals. Local authorities have claimed that the fire was caused by a short circuit, and most of the dead inhaled toxic fumes. In dire conditions, each worker earns an average of US$ 2.10 per day to manufacture handbags. The owner of the four-story building was arrested by the police and will be indicted for manslaughter.