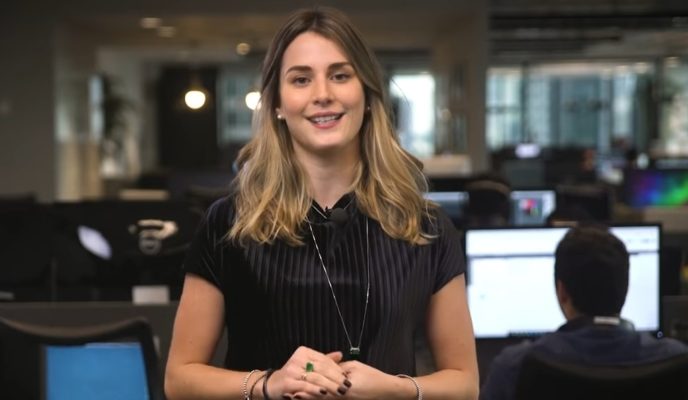 As musician Tom Jobim used to say, success, in Brazil, is the biggest possible personal insult

Financial adviser Bettina Rudolph started a big debate in the social networks when she presented herself to the public claiming she obtained her first million at the age of 22, after investing for only three years.

Among the several controversies generated by the episode, such as debates on how that could be possible with an initial capital investment of only R$ 1,520, her personal merit has been questioned. She later explained that she made several monthly financial investments – in other words, she omitted important facts for the decision-making process of the viewers, leading them to an unreal expectation.

However, despite telling a partial truth, the rest of her story stands out from the average investment tales. Among the criticisms, thousands of comments diminished her accomplishment, arguing she had only accumulated such a large capital so early in her life because she belonged to a well-structured family, with no bills to worry, because she had access to a quality education, received R$ 35 thousand from her father, because she is white, attractive, as well as several other reasons.

As musician Tom Jobim used to say, success, in Brazil, is the biggest possible personal insult. The saying that “poor people win the lottery and remain poor” are proven and evidenced by real cases of people who got rich overnight with a winning lottery ticket and, shortly thereafter, lost all the money they had won.

In a country with more than 63 million individuals with their names listed by credit protection organs, such as SPC, having basic financial notions is not the rule. Much less knowing how to make your money grow, like Bettina. With R$ 35 thousand, many would choose to buy a car. She chose to invest in stocks, and there’s nothing wrong with that.

Despite all the stereotypes mentioned and all hypotheses raised about how she obtained her wealth, she has been working since she was 15. She left home and began to pay for her expenses at the age of 21. How many young people, even those who belong to families with good financial conditions, take risks and do the same?

If the Ibovespa Index reached 100 thousand points this week – a symbolic number for international and national investors – much is the merit of financial advisers like Bettina, who encourage Brazilians to stop putting their money in savings accounts and adopt other investments, with all sorts of risks and profitabilities.

What we have seen in the last days was that, in the face of a demonstration of individual success, the first popular reaction was to deny Bettina’s merit in exchange for a perception that she had a starting condition much more favorable than that of many Brazilians.

The reactions of most Brazilians are the concretization of that which US professor and activist Peggy McIntosh wrote in 1988. At the time, she described in an article what became known as Privilege Theory, which she described as something which happens due to more advantageous socioeconomic aspects determined right from the individual’s birth.

The origin of the term ‘privilege’ indicates the existence of a “law for a few”, in other words, a distinction which has its origin and approval in the state. For the professor, however, those who are privileged enjoy individual advantages which are not granted by the state, and may or may not be used: those who are born white, male, heterosexual and rich are naturally privileged in regard to women, blacks, gays, and poor people. The former are not oppressed, while those who do not have the same characteristics tend to be their victims.

For political scientist Bruno Garschagen, who addressed the issue in his work “Direitos Máximos, Deveres Mínimos” (“Maximum Rights, Minimum Duties”), this is “a reinforcement of the caricature made by Marxism between rich and poor, oppressors and oppressed.”

Philosopher Joel Pinheiro da Fonseca goes even further. For him, the application made in the public debate of McIntosh’s theory to analyze any social process is extremely poor: “Each of these categories is being used in an individualized context. In a specific circumstance, a black woman may have power and oppress a white man, for instance. Indeed, usually men tend to have more power than women, but it is important to analyze each concrete case and its context, something which cannot be done by treating individuals merely based on abstract categories and theories.”

Not recognizing someone’s merit just because that individual is not in the worst conditions in the universe is to feed resentment and ignore that all of us, when compared to an extreme situation, have some degree of advantage or disadvantage. Even the poorer inhabitants of the outskirts of Brazilian capitals may be in a privileged condition compared to smaller-income Brazilians of the 1960s, or people who are born in more precarious areas around the world, or even places which are suffering from civil wars.

As Pinheiro explains, in any individual trajectory there are environmental or external factors, and those which originate in their personal traits, such as willpower, dedication, intelligence, and talents. “Both factors are involved in everything, sometimes in a complex way. The obstacle imposed may be precisely that which gives an individual the will to overcome it. The fact is that the opportunities we receive are largely responsible for much of what is possible or not for us throughout our lives. Someone who is born poorer will have fewer opportunities and will have to work much harder to obtain results, and perhaps will remain far from the conditions enjoyed from other people who were born away from adverse situations, and are able to enjoy them without having done absolutely nothing to earn them. On the other hand, within these conditions, some do a lot with them, and others don’t. Those who do should be valued.”

The resentment verified in Bettina’s case is part of a dangerous mentality. Joel adds that “the success of each individual also depends on his or her belief that it is possible to improve. If no one believed in that, nobody would do anything to improve the current state of affairs. This mentality of accusing privileges kills the faith individuals must have in their own ability to improve their conditions. When that happens, they become inert and defeatist, seeing an evil world around them, instead of trying to improve their own realities.”

The market, composed by the reunion of the decisions of all agents, including you, me, the popcorn seller and the big industrial tycoon, is not guided by issues of justice and meritocracy, but by the value generated by each individual. Still, as Joel concludes, it is “a powerful mechanism of social improvement, which is lost as people opt to merely contest and accuse the unjust world of not having full conditions of equality.”

In a country as unequal as Brazil, the term equality is always in the public debate. There are many “Brazils within Brazil”. When Bettina, now a millionaire, exposed her fortune, a Brazil distant from her questioned her, labeled her, and claimed her success was only made possible due to her starting point.

It must be pointed out that, just like cholesterol, there are two types of inequality: one bad, and one good. The good one results from the talents, efforts, and inventiveness of each individual. It is allowed by the isonomy (equality before the law) and the equality of opportunities. The different results obtained by each person are perfectly natural. This inequality is positive, since the economic agents are encouraged to seek innovation and the generation of wealth.

There is, however, a bad inequality, which happens when economic agents get rich for reasons other than the value generated for society. This usually happens through the practice of lobbies, corruption, and crony capitalism, for instance.

In a country where a considerable share of the richness of agents comes from the existence of extractivist institutions, it is understandable, to a certain point, to question the origin of the wealth of certain individuals. An IPEA study, for instance, evidences that the Brazilian state is responsible for about one-third of income inequality.

The actions taken by BNDES in the last decade and the current social security rules are major examples of factors responsible for the generation of bad inequalities. The Brazilian budget itself benefits in a disproportionate way Brazilians with more income, according to the World Bank.

However, nothing of what has been shown so far detracts Bettina’s merits. On the contrary: it is possible to say that, given her options, she chose to use her qualities to her benefit, and made better choices than others would do in similar conditions. The critical reactions, however, are merely the representation of how Brazilians still confirm what Tom Jobim said.