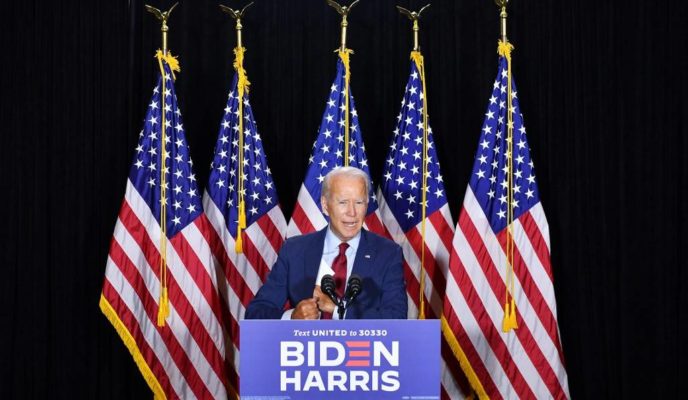 Less than three months before this year’s US presidential elections, former vice president Joe Biden is leading current president Donald Trump, who is seeking reelection, by 9 percentage points in a poll published by The Wall Street Journal and NBC News. The Brazilian National Civil Aviation Agency has officially authorized local food delivery app iFood to begin tests using drones in order to take meals from restaurants to the customers’ homes. Several members of the state media in Belarus have adhered to the massive demonstrations being held in protest against the recent reelection of president Alexander Lukashenko, accusing his government of censorship and interfering with their work. A new outbreak of COVID-19 in South Korea has been linked to a protestant church in the capital, Seoul, after a service with thousands of people was held to celebrate the National Liberation Day despite government warnings. Finally, Russia’s Ministry of Health has announced it will begin to mass produce a novel coronavirus vaccine, one month after it officially entered the third stage of its research.

Less than three months ahead of this year’s United States presidential elections, 50 percent of all voters registered in the country would choose the Democratic Party candidate, former vice president Joe Biden, while 41 percent would back the current mandatary, Republican Donald Trump, who will run for reelection. The information was disclosed yesterday in a poll held by The Wall Street Journal and NBC News between August 9th and 12th. Both party conventions which will confirm their respective candidates for the election, scheduled for November, will take place this month; while the Democrats will hold an online national convention today, the Republicans are planning a partially virtual version next week.

Food delivery app iFood was granted last week an authorization by the Brazilian National Civil Aviation Agency, ANAC, to begin testing the use of drones to deliver food to their customers. The process will be hybrid, using both drones and more conventional means of transportation in order to reduce the time it takes to deliver meals. The foodtech expects to begin testing the service in October, in the city of Campinas. The initial tests will be made in two routes: in the first one, the drones will connect the food court at a local mall to an iFood Hub, where couriers will pick up the order and take it to the customers. In the second one, the iFood Hub will be connected to a droneport inside a local condominium complex, reducing delivery times from 10 to 4 minutes.

Several workers from Belarus’s state media have joined the thousands of protesters who are holding a general strike today asking for the resignation of president Alexander Lukashenko, known as “Europe’s last dictator”. Journalists, camera operators and other employees at state broadcaster BT issued a series of demands, including the end of media censorship in the country and the annulment of the recent elections won by Lukashenko. The local government did not authorize their coverage of the Sunday protests held in the capital, Minsk, the biggest in the history of the country, nor did they allow the subsequent reports of beatings and torture suffered by demonstrators who were arrested by the police. The popular discontent began after Lukashenko announced on August 10th he had been reelected with 80 percent of the votes.

More than 300 new novel coronavirus infections in South Korea have been linked to a church in the northern region of Seoul, according to a statement issued by the country’s Disease Control Center today. According to local news agency Yonhap News, hundreds of members of the Sarang Jeil Protestant Church ignored appeals made by government officials and took part in a service on Saturday to celebrate the National Liberation Day, when both Koreas commemorate their freedom from Japanese colonial rule. The church’s pastor, Jun Kwang-hoon, was one of those who tested positive for COVID-19. Health authorities have imposed a quarantine on 3,400 people who took part in the event, and have already tested 2 thousand of them for the virus.

Russia’s controversial novel coronavirus vaccine may begin to be produced only one month after officially entering the third stage of its research, according to Alexander Gintsburg, director of the agency responsible for developing the drug in the country’s Ministry of Health. In an interview with state news agency TASS, Gintsburg said that the production of the vaccine will be done simultaneously with the studies, but said that it will still take some time before it can be widely distributed. “In the near future 3 to 4 more facilities will be launched and by December they will produce 4 million to 5 million doses per month or a bit more, and this will allow to ensure the necessary amount of the vaccine for the entire country for 9 to 12 months,” the scientist said.