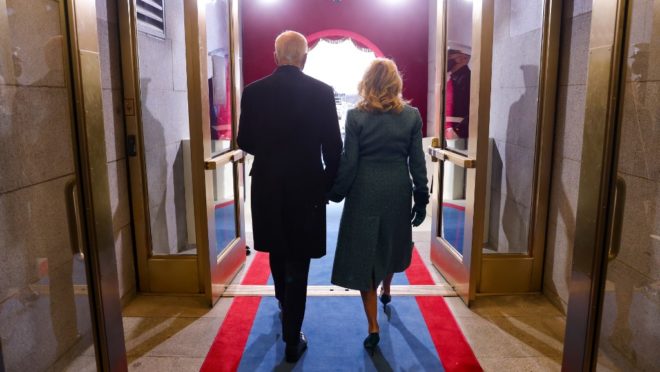 Joe Biden was officially sworn-in as the new president of the United States, and immediately signed a series of executive orders canceling several policies adopted by his predecessor, Donald Trump, in order to take the new government’s administration into a new political path. Meanwhile, Trump held a farewell speech at Andrews Air Force base in which he claimed he “will be back”, before boarding Air Force One on a flight destined to Florida. The government of India announced it will send to Brazil tomorrow the first doses of the Oxford/AstraZeneca vaccine against the novel coronavirus. Brazilian president Jair Bolsonaro has chosen former astronaut and current Science, Technology and Innovation minister Marcos Pontes to be responsible for heading the development efforts of a Brazilian COVID-19 vaccine. Finally, the mayor of Candiba, a city in the Brazilian state of Bahia, is being prosecuted for allegedly cutting in line in order to receive a dose of the Coronavac immunizer.

On Wednesday, new United States president Joe Biden was officially sworn-in during an inauguration ceremony attended by former presidents Bill Clinton, George W. Bush, and Barack Obama. Pop singer Lady Gaga sang the US national anthem, and several other music icons performed throughout the rest of the day, which ended up as a prime-time televised concert. Biden then acted quickly against several of the decisions previously made by his predecessor, Donald Trump, and signed a series of 17 executive orders showing the priorities of his new government and setting a new course away from the policies taken during the last four years by the White House; among these decisions are the reintegration of the country with multilateral organizations such as the World Health Organization and the Paris Agreement, and the cancelation of all plans of building a wall along the Mexican border.

In farewell speech, Trump tells supporters he’ll be back

Donald Trump made his last speech as the 45th president of the United States on Wednesday, at Andrews Air Force Base, after leaving the White House. In front of a modest crowd, and next to his wife, Melania, he wished “luck” and “success” to the new administration, and said he “will be back in some form”. The former mandatary did not attend president-elect Joe Biden’s inauguration ceremony, sending his former vice-president, Mike Pence, in his place. Trump then boarded Air Force One, the official presidential plane, and flew to Florida, where he plans on staying at his resort in Mar-a-Lago, called by journalists during his term as “the second White House”. It is not usual for American presidents to use the official aircraft for their last official trip.

India to send Oxford vaccine to Brazil on Friday

India will send the first doses of the Oxford/AstraZeneca COVID-19 vaccine to Brazil tomorrow. According to information released by CNN Brasil today, the announcement was made by the Asian country’s Foreign Secretary Harsh Vardhan Shringla, who mentioned prime minister Narendra Modi’s commitment that India’s production capacities would be used for all humanity to fight the pandemic: “In keeping with this vision, we have responded positively to requests for supply of Indian manufactured vaccines from countries across the globe, starting with our neighbors. Supply of commercially contracted quantities will also commence from tomorrow, starting with Brazil and Morocco, followed by South Africa and Saudi Arabia.”

The vice-leader of the Brazilian government in Congress, senator Jorginho Mello, said that president Jair Bolsonaro has chosen Science, Technology and Innovation minister Marcos Pontes to head an effort to develop a “Brazilian vaccine”. In view of rising criticism towards the government for the lack of available COVID-19 immunizers in the country, Bolsonaro has determined his administration to obtain the necessary raw materials for the development of a vaccine wherever it is possible. “The president is concerned with immunizing the population, so that everyone can resume their work activities. He is negotiating with China,” said Mello, who met Bolsonaro on Wednesday. Both the Butantan Institute and the Oswaldo Cruz Foundation are depending on such raw materials in order to be able to manufacture vaccines in the country.

Mayor who cut the COVID-19 vaccine line to be prosecuted

The Federal Prosecutor’s Office and the Bahia State Prosecutor’s Office have filed a joint action against misconduct in public office as well as a civil action for the enforcement of collective rights against Reginaldo Martins Prado, mayor of Candiba, a city with 14 thousand inhabitants in the Brazilian state of Bahia, located 500 km from the capital, Salvador. The 60-year-old politician is being accused of having cut in line for one of the 100 doses of the Coronavac vaccine which the municipality has received from the federal government. Prosecutors want to seize the mayor’s assets in order to ensure the payment of a R$ 145 thousand fine. The mayor explained himself in a video posted on Instagram, in which he claimed that he saw people concerned about the safety of the immunizing agent at the health center: “I gave my best. I didn’t take the vaccine out of concern for my own well-being, but in order to encourage people,” he said.