Fale a língua do mundo. Faça Wise Up.
Thu 03 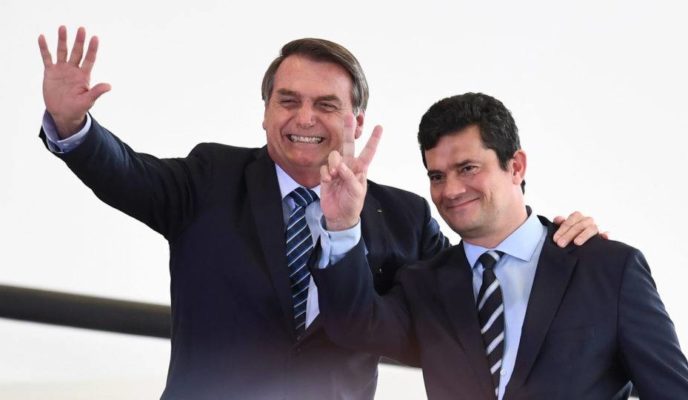 Today, Brazilian president Jair Bolsonaro and Justice and Public Safety minister Sergio Moro will launch an advertisement campaign about the ‘anticrime package’ they plan on launching in the following days. United States prosecutors say the president of Honduras personally received bribe money from Mexican drug dealer El Chapo, currently under arrest in the US. Volkswagen announced it will begin to manufacture electric trucks in its plants in Brazil. A French police employee killed four people in the institution’s headquarters in Paris, and was shot to death by officers. A delegation of 24 US congressmen from the Democratic party visited Cuba to get to know the health care system of the Socialist island.

Today, Brazilian president Jair Bolsonaro and Justice and Public Safety minister Sergio Moro will launch an advertisement campaign about the so-called ‘anticrime package’. The 30-second clips will be shown on TV and the internet, and will depict average people telling how they have suffered with the ongoing impunity in Brazil. The campaign will be officially launched at the Planalto Palace and is scheduled to take place today at 9 a.m.

Prosecutors from the United States have claimed this week that Mexican drug trafficker Joaquín “El Chapo” Guzmán, currently under arrest in the US, personally handed US$ 1 million in bribe money to the brother of the president of Honduras, Juan Orlando Hernández, who denied all accusations. According to The Washington Post, Juan Antonio “Tony” Hernández used his connections with the government to send cocaine to the US through Honduras, and is also being charged with illegal possession of firearms and lying to American authorities. Juan Orlando Hernández answered on Twitter that the allegations were “false, absurd and ridiculous,” and “less believable than Alice in Wonderland.”

German multinational Volkswagen announced the beginning of its production of electric trucks in Brazil in mid-2020, at its factory in Resende, Rio de Janeiro. The first model to be produced will be the EV e-Delivery, a vehicle designed for urban deliveries developed in the country. The truck had been tested by beverage giant Ambev for two years, and allegedly rode for 14 thousand kilometers, according to André Trintini, Product Planning engineer at the Volkswagen Bus and Truck plant. The company disclosed that last year its 20 transporting partners signed a deal to buy 1.6 thousand electric trucks, and Ambev plans on having at least one-third of its fleet electrified four years from now.

A French police employee killed at least four people in a knife attack today at the historical building where the institution is headquartered, in Paris, according to news agency AFP. The victims – three men and one woman – worked in the institution’s administration. One person was wounded and taken to a local hospital. The reasons behind the attack are still unknown, but the local press quoted investigators saying that they believe it concerned work-related issues. The suspect, who was shot and killed by police officers inside the building, was a 45-year-old who worked for the French police since 2003.

A delegation of 24 Americans, headed by Democrat congresswoman Rosa DeLauro and former congressman Bill Delahunt, visited Cuba on Wednesday to get to know the island’s health care system. According to the official news website of the Cuban Communist Party, Granma, they were welcomed by Health vice-minister Marcia Cobas Ruiz, who informed them about the main results of the country’s Health National System and the program which sends Cuban medical services to 65 countries – like the now-extinct program “Mais Médicos” in Brazil, described by president Jair Bolsonaro as “slave labor”.