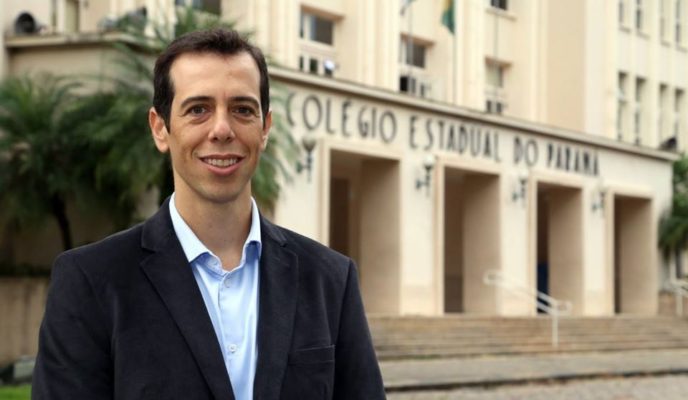 Renato Feder, Secretary of Education of the Brazilian state of Paraná, has been appointed as the country’s new Minister of Education by president Jair Bolsonaro. The governor of Santa Catarina, Carlos Moisés, has declared a state of public calamity in the state due to damages caused by a so-called “bomb cyclone”, which hit Brazil’s southern region hard during the past days. Dictator Nicolás Maduro backed down from his previous decision, and decided to allow Isabel Pedrosa, European Union ambassador to Venezuela, to remain in his country; Pedrosa had been declared a persona non grata after the EU issued sanctions against members of the Venezuelan government. British socialite Ghislaine Maxwell, former girlfriend of Jeffrey Epstein, the billionaire who committed suicide after facing pedophilia and sex trafficking charges, has been arrested in connection with Epstein’s crimes. Finally, students in the US state of Alabama are allegedly throwing “COVID-19 parties”, in which the first one to get infected with the novel coronavirus earns a cash prize.

Renato Feder, Secretary of Education of the Brazilian state of Paraná, will be the country’s new Minister of Education. The invitation was made yesterday by president Jair Bolsonaro, but his nomination is yet to be published in the Federal Gazette. Feder had already met Bolsonaro at the Planalto Palace on June 23rd, when he was among the top candidates to occupy the position, but his age and the fact that he donated to the campaign of current São Paulo governor João Dória during his mayoral campaign were negative factors taken into account by the president. Feder will be the fourth occupant of the ministry during Bolsonaro’s administration.

Governor Carlos Moisés has declared a state of public calamity in the Brazilian state of Santa Catarina, due to the damages caused by a so-called “bomb cyclone” which has been hitting Brazil’s southern region since Tuesday. At least 152 municipalities registered damages caused by strong winds, which surpassed 130 km/h; so far, nine deaths were confirmed in the state, and two people are missing. The governor justified his “public calamity” request as a way of obtaining funds from the federal government, due to the severity of the climatic event.

Dictator Nicolás Maduro retreated from his previous decision, and chose to allow the European Union ambassador to the South American country to remain in Venezeula, according to a statement released yesterday. Portuguese-born Isabel Brilhante Pedrosa had been declared a persona non grata in Venezuela on Monday, after the EU issued sanctions against 11 members of the Bolivarian parliament. She was supposed to leave the country within 48 hours, but the decision was reviewed after a phone call between Josep Borrell, EU’s High Representative for Foreign Affairs, and Jorge Arreaza, Maduro’s Foreign Relations minister.

British socialite Ghislaine Maxwell has been arrested by the FBI, after being accused of recruiting underage victims to be deployed in a sex trafficking scheme set up by Jeffrey Epstein, a billionaire who killed himself in August 2019, after being arrested and waiting to be tried. Maxwell, who allegedly dated Epstein, denies any involvement or abuse, but the charges against her say that not only did she recruit and abuse the victims, but she also helped Epstein to approach them, in an attempt to entice girls. According to US prosecutor Audrey Strauss, several abuse episodes happened in Maxwell’s London home, where she “pretended to be a woman who they could trust.”

University students in the US state of Alabama are allegedly throwing parties in which the first one among them to get infected with the novel coronavirus receives prizes. Students are hosting such parties to intentionally infect each other, according to Tuscaloosa city councilor Sonya McKinstry, who added that party organizers purposely invited guests who tested positive for COVID-19. According to her, the students put money in a pot and whoever gets the disease first wins the cash. “It makes no sense. It makes me furious. (…) They’re intentionally doing it,” she told CNN. So far, the state of Alabama has reported about 39 thousand confirmed novel coronavirus cases, and nearly one thousand deaths.