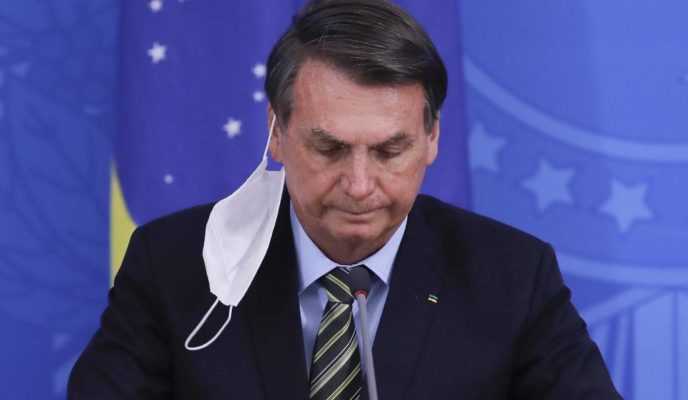 Brazilian president Jair Bolsonaro, recently diagnosed for the third time with COVID-19, has left his isolation and took a bike ride around his official residence, the Alvorada Palace, stopping to speak with sanitation workers without wearing a mask. The Legislative Assembly of the southern Brazilian state of Santa Catarina has begun an impeachment process against local governor Carlos Moisés and his vice-governor, Daniela Reihner, due to accusations of granting improper pay raises to prosecutors of the state. United States president Donald Trump has canceled a Republican Party convention scheduled to be held in the state of Florida, allegedly due to the recent surge in the number of cases in the southern state, and began to publicly advocate the use of masks. The American and British governments have publicly accused Russia of testing a new “anti-satellite weapon” in space, after an unknown projectile was fired earlier this month, which the Russians claim to be “a small space vehicle”. Finally, US Secretary of State Mike Pompeo has publicly urged all nations to condemn China’s treatment of ethnic minorities, after evidence of illegal detentions and concentration camps against the Uighur people has repeatedly been surfacing in the media.

Isolated since July 6th after being tested positive three times for COVID-19, Brazilian president Jair Bolsonaro was photographed yesterday outside the Alvorada Palace, wearing no mask and interacting with sanitation workers responsible for cleaning up the area. In the footage released by the media, Bolsonaro can be seen approaching the workers while riding a bike, and removing his helmet in order to talk to them. Since he is still allegedly infected with the novel coronavirus, the president can be held responsible for exposing these individuals to the risk of being infected.

The Brazilian state of Santa Catarina is currently undergoing an unprecedented political crisis, during a scenario which has been aggravated by the novel coronavirus pandemic, which has already killed over 800 people and infected 62 thousand in four months. Representatives of the so-called “new politics”, who rose to power in the 2018 elections, such as governor Carlos Moisés – himself diagnosed with COVID-19 – and vice-governor Daniela Reihner, both PSL affiliates, have been targeted by an impeachment process filed on Wednesday. The local Legislative Assembly is accusing both of an impeachable offense due to a pay raise granted to the state’s prosecutors. Both have now 15 days to formally present their defense.

United States president Donald Trump has informed he will cancel the Republican Party convention scheduled to be held in late August in Jacksonville, Florida. During one of his daily press conferences addressing the COVID-19 pandemic, Trump justified his decision due to the recent spike in the number of novel coronavirus cases in the state: “I said there’s nothing more important in our country than keeping our people safe,” adding that his party’s delegates will go to Charlotte, North Carolina, in order to officially appoint him as the party’s candidate. During the interview, Trump once again defended the use of masks, as he had done two days ago, contrary to his previous behavior during most of the pandemic.

US and UK accuse Russia of testing new space weapon

Yesterday, the United States and the United Kingdom accused Russia of testing a new “anti-satellite weapon” in space. According to US Space Force general John W. Raymond, a projectile was fired by the Russians on July 15th, as another “evidence of Russia’s continuing efforts to develop and test space-based systems.” The general added that the move was consistent with “Kremlin’s published military doctrine to employ weapons that hold U.S. and allied space assets at risk.” UK’s Air Vice Marshal, Harvey Smyth, also expressed his country’s concerns with the maneuver. Russia’s Ministry of Defense answered by saying that the tests were peaceful, and involved “a small space vehicle” that “inspected one of the national satellites from a close distance using special equipment.”

The United Nations estimates that over one million ethnic Uighurs are currently being detained in secret concentration camps set up by the Chinese government. Under the excuse of fighting Islamic terrorism, and publicly denying any violation of human rights, China is applying methods such as arbitrary detentions and other methods to gradually exterminate this community, which historically inhabited the country’s westernmost state, Xinjiang and has clanged on to its Turkic and Muslim roots during the country’s turbulent history. In a speech held yesterday, US Secretary of State Mike Pompeo asked the “free world” to “induce” change in China, summoning all democratic nations to form a coalition with the United States in order to force the Chinese Communist Party to change its modus operandi, or face worldwide isolation.