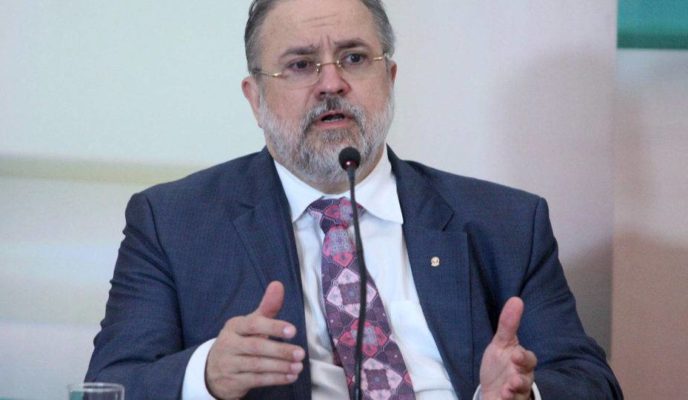 Brazilian president Jair Bolsonaro chose sub-prosecutor Augusto Aras as the country’s new Federal Attorney General, a controversial decision which sparked outrage among his supporters. Economy minister Paulo Guedes repeated Bolsonaro’s sexist attack against French first lady Brigitte Macron. Bolsonaro also made headlines in Chile, after he went this time after the father of former president Michele Bachelet, an air force brigadier general who was killed during Augusto Pinochet’s dictatorship. The Iranian government once again disrespected international agreements, and said it will abandon all restrictions to nuclear research imposed on the country. Finally, Zimbabwe’s former long-standing dictator, Robert Mugabe, has died at the age of 95. Mugabe became notorious for his countless human rights violations and the economic crisis in which he left the African country.

Brazilian president Jair Bolsonaro chose on Thursday sub-prosecutor Augusto Aras as the new Federal Attorney General. The nomination was made to the Federal Senate, inscribed in an extra edition of the Federal Register, and he will have to be interviewed formally by the Brazilian Senate before being confirmed by the Federal Prosecutor’s Office. Aras will replace Raquel Dodge, whose term will end on September 17th. His appointment has been surrounded by controversies, starting from the fact that he hasn’t been part of the so-called triple-list, from which federal prosecutors were usually selected, to the fact that he has held opinions considered to be “left-wing” by government supporters.

During an event in Fortaleza on Thursday afternoon, Economy minister Paulo Guedes said that Brigitte Macron, wife of French president Emmanuel Macron, was “really ugly”.  “I have been seeing advancements in several fronts, but still […] their concern is about whether they cursed [Michele] Bachelet, they said Macron’s wife is ugly… Macron said that the Brazilian forests are on fire and the president answered: ‘his wife is ugly, that’s why he said that.’ Ok, that’s funny, no problem. The president, said, and that’s true: his wife is ugly indeed,” said Guedes. The minister later apologized, and said he was ‘joking’.

On Wednesday, Brazilian president Jair Bolsonaro attacked the father of former Chilean president and current United Nations Human Rights Commissioner Michelle Bachelet, who died during the Chilean military dictatorship after being tortured while in jail. Alberto Bachelet was a brigadier general of Chile’s Air Force who opposed general Augusto Pinochet’s 1973 coup, and subsequently was arrested and tortured until his death in the following year. Bolsonaro was responding to a previous comment made by Bachelet, in which she claimed his government was reducing civic and democratic spaces in the country and attacking human rights defenders.

The Iranian government stated yesterday that it will abandon all restrictions to nuclear research established in the 2015 international agreement, in another violation of the previous initiative. The episode is happening while European countries are trying to save the deal which tried to reduce sanctions against Tehran. The Iranian decision happened after US president Donald Trump minimized French efforts to grant US$ 15 billion to Iran in exchange for full compliance with the nuclear deal. The episode is a next step toward the gradual withdrawal of the Persian country from the agreement, and, even though they leave an open window to some sort of diplomatic solution, they still indicate the seriousness of the current situation between Iran and Washington.

Zimbabwe’s former dictator, Robert Mugabe, died today at the age of 95, in Singapore, where he was undergoing medical treatment. The information was disclosed by the African country’s current president, Emmerson Mnangagwa, on his Twitter account. Mugabe came to power in 1980, and only stepped down in 2017, after he was forced to renounce. Despite being one of the main figures in Zimbabwe’s struggle against the British colonial rule and the country’s independence, during his government, he was systematically accused of violating human rights and persecuting his political rivals, and was responsible for an economic crisis which left the population in poverty and starvation.