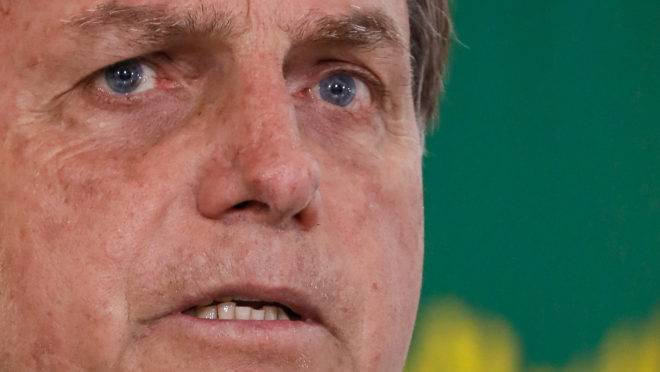 Brazilian president Jair Bolsonaro has finally issued a statement congratulating Joe Biden on winning the United States presidential election, after that country’s Electoral College officially confirmed his victory on Monday. Brazil’s government has told the country’s Federal Supreme Court that a country-wide vaccination program will begin five days after the National Health Surveillance Agency approves any vaccine against the novel coronavirus. Meanwhile, a study conducted by Brazil’s National Restaurant Association has indicated that four out of every ten restaurants and bars in the country have been forced to close their activities due to the COVID-19 pandemic. A report published by British newspaper The Guardian is accusing China of actively using cell phone companies in the Caribbean to spy on American citizens, in a scheme that has been going on for several years. Finally, a man who claimed to be the leader of Nigeria’s main Islamist terrorist group, Boko Haram, has claimed responsibility for a recent attack on a school which left hundreds of students missing.

Yesterday, Brazilian president Jair Bolsonaro finally issued his public congratulations to the recent victory obtained by United States former vice-president Joe Biden, who has been officially confirmed as that country’s new president by the Electoral College on Monday. During a live TV interview, Bolsonaro said that he had authorized Brazilian Foreign Affairs minister, Ernesto Araújo, to issue a statement on his personal and government social media accounts, saying that there was “no longer a point in waiting”. His statement read: “Greetings to president Joe Biden, with my best wishes and the hope that the United States will remain ‘the land of the free and the home of the brave’,” adding his wish to “continue to build a US-Brazil alliance, in the defense of sovereignty, democracy and freedom around the world, as well as in the trade and economic integration, to the benefit of our peoples.”

In an official document handed to Brazil’s Federal Supreme Court on Tuesday, Brazil’s federal government says it still has not established a date for the beginning of the vaccination process against the novel coronavirus in the country, and reaffirmed they still depend on the approval of any vaccine by the National Health Regulatory Agency, ANVISA. According to the government, vaccine shots will be available throughout the country five days after the product is given official approval and arrives at the Ministry of Health’s storage facilities. The initial plan is to vaccinate all four priority groups within four months; these groups are people over the age of 75, health sector professionals, people above the age of 60 who live in retirement homes, and members of indigenous communities.

According to a study conducted by Brazil’s National Restaurant Association, ANR, released this Monday, roughly four out of every ten bars or restaurants have been forced to shut down permanently due to the novel coronavirus pandemic. The figure also includes bar and restaurant chains, which have been forced to close at least one of their stores during the pandemic. According to data from Brazil’s General Register of Employed and Unemployed Workers, 236,350 people have lost their jobs in the sector, and 64% of all bar and restaurant owners say they were forced to fire workers due to the crisis. ANR president Cristiano Melles say that 2020 is likely to be “the worst year ever in the history of the sector”, and it is not yet possible to make any predictions concerning next year.

China accused of spying on Americans via Caribbean phone networks

A report published by British newspaper The Guardian has accused the Chinese government of using cell phone networks in the Caribbean to surveil Americans as part of its espionage campaign. The findings have pointed towards an alarming indication that the Asian country has been exploiting decades-old vulnerabilities in the global telecommunications network to route their “active” surveillance attacks through telecom operators. According to Gary Miller, a former cell phone security executive, such attacks may have been enabling China to target, track and intercept all phone communications of US subscribers. He believes tens of thousands of Americans were affected by these attacks between 2018 and 2020, which have been targeted via China Unicom through two Caribbean operators: Cable & Wireless Communications, in Barbados, and Bahamas Telecommunications Company.

In an audio message released yesterday, a man who identified himself as a leader of Nigeria’s main Islamist terrorist group, Boko Haram – which has notorious ties with Al-Qaeda – officially declared the group responsible for the kidnapping of over 300 students from a school in the northwestern state of Katsina. The man, who claimed to be the group’s leader, Abubakar Shekau, did not offer any evidence to back his claims, and local authorities still haven’t issued any statements. “What happened in Katsina was done to promote Islam and discourage any non-Islamic practices, since Western education is not the type of education allowed by Allah and his holy prophet,” he said. A group of men armed with AK-47 rifles stormed the Kankara Government Science Secondary School on Friday, taking some of the local students as hostages; 320 of them are still missing.