Fale a língua do mundo. Faça Wise Up.
Fri 31 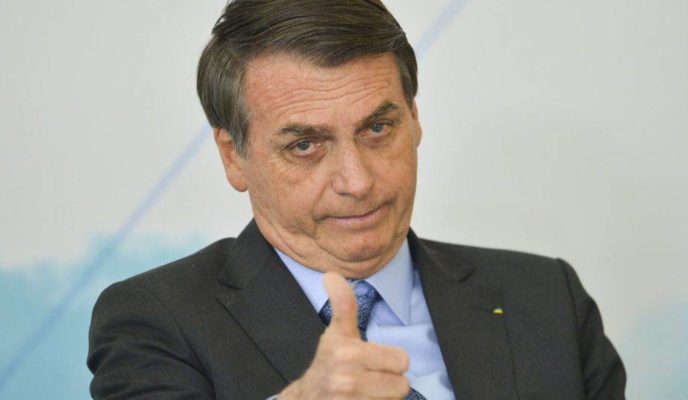 Brazilian president Jair Bolsonaro was admitted yesterday to a Brasília hospital to undergo a vasectomy surgery, his second one. The Ministry of Justice and Public Safety, headed by Sergio Moro, has obtained nearly R$ 2 million in the auction of assets seized from drug dealers. The new minimum salary established by the Brazilian government, R$ 1,045, will take effect on Saturday. Strong gusts of wind affecting the region of southern California have blown over parts of the wall being built by the administration of president Donald Trump along the United States-Mexico border. Finally, the government of Venezuelan dictator Nicolás Maduro has approved a measure turning the popular armed force known as the Bolivarian Militia into an official part of that country’s Armed Forces.

Brazilian president Jair Bolsonaro underwent a vasectomy surgery on Thursday evening at the Armed Forces Hospital, in Brasília. This is the second time the 64-year-old politician has this surgical procedure done. Bolsonaro was hospitalized after spending the day in Minas Gerais discussing the emergency aid provided by the federal government to victims of the recent floods affecting the state. During the 2018 presidential campaign, Bolsonaro posted a video next to his daughter, Laura, and made an emotional statement about his decision of reversing the previous vasectomy so that his wife Michelle could become pregnant.

The National Secretariat for Drug Policies, SENAD, an arm of the Ministry of Justice and Public Safety, ended on Wednesday the first stage of auctioning assets seized from drug dealers; the results were better than predicted, surpassing the expected R$ 400 thousand and reaching nearly R$ 2 million. The auctions are part of Justice minister Sergio Moro’s strategy of strangleholding the finance of criminal organizations by seizing their assets. According to the ministry, in the state of Mato Grosso the amount seized was R$ 1,153,680, while in São Paulo the figure reached R$ 760,950.

The new minimum salary of R$ 1,045 set by the government will take effect on Saturday. The provisional decree establishing the new amount was published in the Federal Register on Friday. The daily wage is R$ 34.83, and the hourly is R$ 4.75. The federal government decided to revise the previous R$ 1,039 2020 minimum salary in order to accommodate for last year’s inflation rate.

The strong winds currently affecting southern California have toppled parts of the wall which is being built by president Donald Trump’s administration along the border between the United States and Mexico. The U.S. Border Patrol informed that several of the wall’s panels fell into the Mexican territory on Wednesday, about 161 km east of San Diego, where the border separates the American city of Calexico from the Mexican city of Mexicali. The 9-meter-high panels fell over a road, and there were no reports of damages.

The government of Venezuelan dictator Nicolás Maduro has taken another step to make constitutional the Bolivarian Militia, a popular armed force which has become one of the mainstays of the Chavista regime amidst the widespread crisis affecting the country. On Wednesday, the National Constituent Assembly, made up exclusively of Maduro’s allies, approved a legal reform placing the militia on the same level as the Venezuelan Air Force, Navy, Army, and the Bolivarian National Guard. The move was a long-standing dream of Maduro’s predecessor, Hugo Chávez.