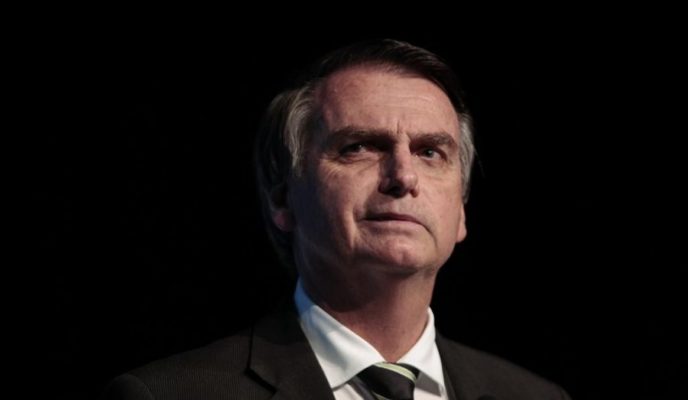 Far from the debates and the streets because of the attack suffered in September, Jair Bolsonaro (PSL) compared his lack of freedom to judge Sergio Moro’s, who allegedly cannot walk the streets safely. At the same time, on social media, a general close to the candidate again warned of the possibility of electoral fraud. Desperately in need of votes and struggling to distance himself from Lula’s image, Fernando Haddad (PT) did not visit his political godfather for the first time since he became PT’s official candidate. Near Curitiba, authorities look for a thief. Not because he stole a gas cylinder, but because he might have gotten infected with deadly diseases.

In a live broadcast on social media, the candidate and former captain Jair Bolsonaro (PSL) compared himself to judge Sérgio Moro for not being able to walk freely. “He [Sérgio Moro] is less free than someone using an ankle monitor,” he said. Following Trump’s steps, Bolsonaro uses bravado to conquer voters. Meanwhile, General Paulo Chagas, an officer close to Bolsonaro, said that “if the next polls show any drastic change, it might be a sign of fraud.”

After visiting former president Lula sixteen consecutive times, five of them as the Worker’s Party presidential candidate, Fernando Haddad missed his visit for the first time this Monday. His absence at the Federal Police Headquarters, in Curitiba, shows that Haddad is a very good boy, obeying Lula, who, after the first round of the elections, advised him to distance himself from the former president’s worn down image.

After breaking into Infectious Diseases Sector, thief may be deadly ill

In Campo Largo, near Curitiba, a very clumsy thief may face jail time and a severe disease. Over the weekend, he broke into the Infectious Diseases Sector of the Health Department and stole a gas cylinder. While searching for more valuable items, however, he opened closets and fridges, exposing himself to contaminated material. He may be infected with the flu, HIV, meningitis, and tuberculosis. More than arrest him, authorities want to catch and treat him.

Jamal Khashoggi’s disappearance may bring about a diplomatic crisis like no other among the historically allied United States and Saudi Arabia. More than that, the journalist’s murder, if confirmed, can reveal the dark side of the Arabian absolutist regime to the world. So far hailed as a more progressive monarch, Mohammed bin Salman is now feared for his authoritarian and potentially murderous side.

Some Brazilians woke up unexpectedly earlier today. TIM clients with Apple and Asus smartphones had their devices’ clocks moved ahead inadvertently by one hour due to a problem concerning Daylight Savings Time, scheduled to start on November, 18th. The company still doesn’t know the cause of the failure. Specialists believe that the server could have been programmed to alter the smartphones’ clocks using last year’s Daylight Savings start date.