Fale a língua do mundo. Faça Wise Up.
Thu 13 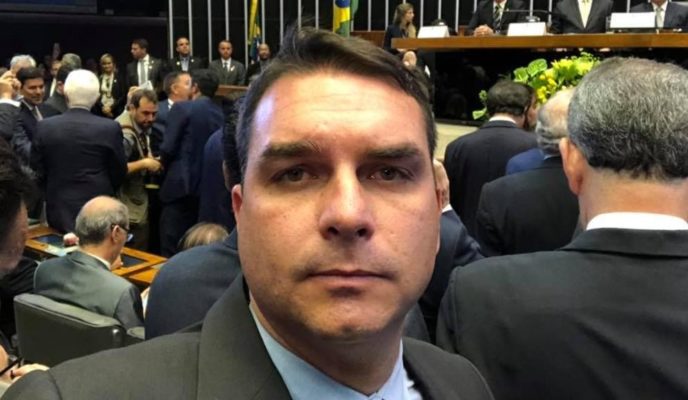 Jair Bolsonaro’s son, the senator-elect Flávio, reacted to his father’s words about the so-called Coaf scandal involving one of Flávio’s assistants while he was serving as a state representative in Rio de Janeiro. “I did nothing wrong,” he said. This political drama may be hot, but the Mercosul license plates never-ending drama is even hotter. You won’t believe it, but a Congressional Commission has requested another delay from Denatran to enforce the new system. Also dramatic was Atlético-PR win over Junior Barranquilla to become the South American Cup champion. As a good dictator, Venezuelan leader Nicolás Maduro enjoys some drama too. Pointing fingers at Brazil and Colombia, he denounced an American plot to overthrow or kill him. In Russia, two men save a five-year-old girl from death after she fell from the fifth floor. Despite some minor injuries, there was no drama this time.

Bolsonaro junior reacts to Bolsonaro senior: “I did nothing wrong”

“I did nothing wrong,” stated the senator-elect Flávio Bolsonaro after his father, the president-elect Jair Bolsonaro, had said, “If we have done something wrong, we will pay the price for it.” Father and son are talking about the Coaf report that showed unusual transactions in a bank account owned by one of Flávio’s assistants at Alerj. It’s suspected that the assistant was responsible for collecting part of the salary of all employees working at Flávio’s office.

You won’t believe it, but the Mercosul license plates drama has another plot twist

And we have another plot twist in the never-ending drama around Mercosul vehicle license plates. Now the obscure House Transport Commission (CVT) has approved a requirement for the National Traffic Department (Denatran), requesting six more months to implement the new system. No decision has been made yet. A meeting will be held next week to find a way out of the deadlock.

Atlético-PR won the CONMEBOL South American Cup after defeating Junior Barranquilla 4–3 in the penalty shoot-outs. As it happened in the first leg, in Colombia, the match ended 1–1. During the extra time, Junior Barranquilla’s Jarlan Barrera even lost a penalty. This is the first international title for the club, which has just changed its shield and name—now it’s Athletico with an “h.” The match also broke the record of attendance at Arena da Baixada.

Venezuelan dictator Nicolás Maduro suspected the existence of an American plot to overthrow or even kill him. Paranoid, the chavista leader also said that Brazil and Colombia may be involved in the international conspiracy. According to Maduro, orders were transmitted from John Bolton (Donald Trump’s assistant on safety issues) to the president-elect Jair Bolsonaro during a meeting held on November 29th.

Thanks to two men who were in the right place at the right time, a five-year-old girl escaped death after falling from the fifth floor of the building where she lives in Makhachkala, Russia. Aysha fell when she was left alone by her mother, who had gone to the supermarket. Safety cameras caught the instant when the girl fell into the men’s arms, hitting the ground with small impact. She had minor injuries. One of her saviors sprained his wrist.