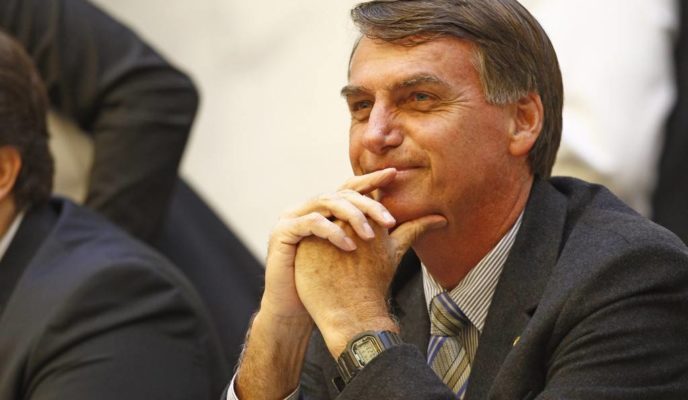 Brazilian president Jair Bolsonaro may leave his party, PSL, and create a new one; he has allegedly even chosen its name and selected its guidelines. One day after the expenses made by ex-president Lula on the presidential corporate card were released by the media, a list of extravagant spendings made by former president Dilma Rousseff was also made public. The man who crashed a truck into several vehicles in a German city has been identified as a 32-year-old Syrian immigrant; so far no connections with terrorism have been found, but he had been arrested previously. Indigenous demonstrators demanding the resignation of president Lenín Moreno have stormed into the Ecuadorian parliament. Finally, the Nobel Prize in Chemistry has been awarded to three scientists who developed the lithium-ion battery, responsible for enabling wireless technology.

Bolsonaro may create new party and has even chosen its name

The episode this week in which Brazilian president Jair Bolsonaro told one of his supporters to “forget PSL” has increased the rumors involving his departure from the party from which he was elected during the 2018 elections. According to O Globo, the new party will be called Conservadores (“Conservatives”), and allies of one of the president’s sons, Eduardo Bolsonaro, are drafting its statute. The new party would have as its guidelines “Christian morality, life after conception, freedom, and private property”, and would act in defense of “the right to legitimate individual defense, the fight against precocious sexuality and gender ideology.”

One day after the excessive amount of money spent by former Brazilian president Lula on his presidential corporate card on luxury items was published by Gazeta do Povo, information concerning expenses made by impeached president Dilma Rousseff on her presidential card has surfaced, as well as those of her vice-president and successor, Michel Temer. Dilma allegedly spent R$ 3.8 thousand during her stay at a Naval Base in Salvador on the 2011 New Year’s eve, along with the renting of a R$ 10 thousand generator to provide power to the base and a rented boat which cost R$ 20.4 thousand.

Syrian who crashed truck into vehicles is arrested in Germany

The driver who stole a truck and hit several cars on Monday in Limburg, Germany, has been arrested preventively by the local police. The 32-year-old Syrian was injured and arrested soon after the incident. He has been charged with attempted murder, serious bodily harm and reckless driving. A spokesman for the German Prosecutor’s Office said that the man is under custody, but did not provide any further information on his motivations. Interior regional minister Peter Beuth said that so far there are no connections between him and any Islamic terrorist organization. According to Der Spiegel, the man has lived in Germany since 2015 and had been previously arrested for domestic violence and drug possession.

Indigenous demonstrators associated with Ecuador’s National Indigenous Conference have stormed the building of that country’s National Assembly, in Quito, after president Lenín Moreno transferred the capital to the coastal city of Guayaquil. The protesters, who make up one of the country’s main political voices, broke into the building shouting “Out with Moreno!”, and were driven out by police forces shortly after. More than 10 thousand people were gathered in downtown Quito, preparing for a huge demonstration scheduled on Wednesday against the president. Police forces have surrounded the building.

Nobel Prize in Chemistry awarded for development of lithium-ion batteries

The Royal Swedish Academy of Sciences has granted the 2019 Nobel Prize in Chemistry to three scientists who have contributed to the development of lithium-ion batteries. German John B. Goodenough, British M. Stanley Whittingham, and Japanese Akira Yoshino have won the award and a 9 million Swedish krona prize which will be shared between them. According to the Academy, the rechargeable lithium-ion battery has launched the basis for the wireless technology used in cell phones and laptops, and, since it can be used to power electric cars and store renewable energy sources, it could make the world less dependent on fossil fuels.