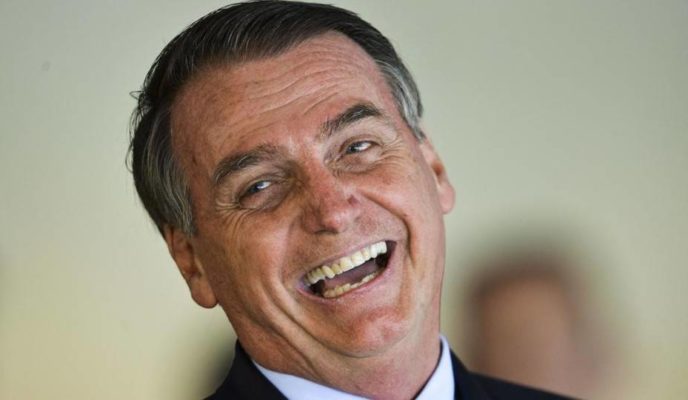 President Jair Bolsonaro pointed out on his Twitter account the recent favorable results of Brazil’s GDP growth, and said that “we’re on the right track.” Federal Supreme Court justice Edson Fachin rejected a habeas corpus petition filed by former president Luiz Inácio Lula da Silva, currently under arrest in Curitiba, on which he tried to use alleged conversations between members of the Operation Car Wash taskforce leaked by news website The Intercept to the press. U.S. retail giant Amazon is considering expanding its investments in Brazil, including the opening of new distribution warehouses. Another tech giant, Apple, has announced the launch date of its new main product, the iPhone, as well as the new version of its operating system. Finally, Bolsonaro announced he will grant the Christmas pardon, a presidential tradition, to members of the police who, according to him, have been unfairly arrested.

Bolsonaro on GDP: “we’re on the right track”

Yesterday, Brazilian president Jair Bolsonaro celebrated on his official Twitter account the recent results of the country’s Gross Domestic Product, GDP – the sum of all goods and services produced in the country – for the second trimester of the year, published by the Brazilian Geography and Statistics Institute. “The Brazilian GDP has grown by 0.4 percent in the second trimester of 2019, twice as much as newspapers/experts predicted, and the best result during the same period in the last 6 years,” pointed out Bolsonaro. “Little by little, Brazil is crawling out of the hole… and resuming its growth. We’re on the right track.”

After opening a 47 thousand square meter distribution center in Cajamar, in the Greater São Paulo region, U.S. giant Amazon is studying expanding, or even opening up new warehouses in other cities throughout the country. According to Amazon Brazil retail director, Daniel Mazini, the experience obtained in Cajamar has shown the need for expansion. Amazon Brazil has sold over 200 thousand products over the internet, distributed in more than 200 categories, ranging from books and sports items to house and garden utensils.

The event announcing the launch of the next iPhone will be held on September 10th at tech giant Apple’s headquarters in Cupertino, California, at 2 p.m. Along with the new device, a series of new devices will be announced. The event’s slogan will be “by innovation only.” According to Bloomberg, as well as new iPhone XS and iPhone XS Max, an update for iPhone XR will be released, including a new version in green. Apple usually sells its products two weeks after the launch, and their software is available for updating a few days after their release.

During his usual Facebook live broadcast, Brazilian president Jair Bolsonaro said he will choose police officers for the customary Christmas Day Pardon, a traditional pardon granted by the head of state to convicted criminals who committed certain types of crimes. “I will choose fellow police officers who have been unfairly arrested due to pressure from the media. And I hope people will feed me [their names] so we can analyze. These are people who should be out on the streets.” Such pardons are permanent, unlike temporary leaves in which convicts in the semi-open regime receive a leave to spend a holiday with their families.