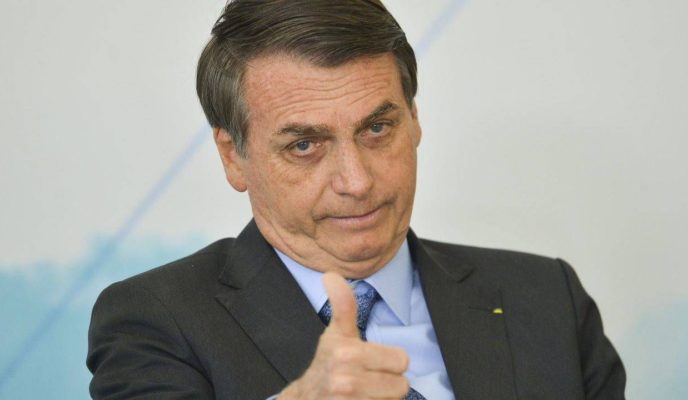 Today, Brazilian president Jair Bolsonaro declared his support for democracy and freedom to journalists in front of the Alvorada Palace, after being criticized for attending a protest yesterday which defended the shutting down of Congress and the Supreme Court, as well as military intervention in the country. Bolsonaro’s supporters in São Paulo have held a motorcade through the streets of the state’s capital, demanding the impeachment of governor João Dória and the end of social distancing measures; the motorcade brought turmoil to a region which houses several important hospitals. Brazilian Justice and Public Safety minister Sergio Moro announced yesterday that Gilberto Nascimento, second-in-command of the country’s major drug cartel, PCC, is already in a federal penitentiary after being arrested in Mozambique last week. The government of China is restricting the publication of all scientific articles discussing the origin of the novel coronavirus and COVID-19, in an attempt to dissociate the image of the country and that of the global pandemic. Finally, several wild animals have been spotted in cities throughout the world, taking over the void spaces left by the humans, currently shut down inside their houses due to the social distancing and quarantine measures brought about by the novel coronavirus pandemic.

Bolsonaro says “democracy and freedom are above everything else”

In a statement made to journalists as he left the Alvorada Palace today, president Jair Bolsonaro commented on his attendance at one of several acts held throughout Brazil defending, among other things, military intervention in the country and shutting down Congress and the Federal Supreme Court. “As far as president Jair Bolsonaro is concerned, democracy and freedom are above everything else,” he said. One of his supporters began shouting invectives against the Supreme Court, but Bolsonaro quickly interrupted him: “We are not shutting down anything. This is about democracy. This is about respecting the Brazilian Constitution.” After adding that he wants “an open and transparent Supreme Court, and an open and transparent Congress,” he concluded by saying: “Those who accuse me of being dictatorial lack intelligence. I am, indeed, the Constitution.”

Supporters of Brazilian president Jair Bolsonaro held a motorcade asking for the impeachment of São Paulo governor João Dória around a high-end neighborhood in the state’s capital. From inside their cars, the protesters, many of them wearing surgical masks and carrying Brazilian and São Paulo state flags, made gun gestures and shouted catchphrases against Dória and Communism. The governor, elected after declaring his support for Bolsonaro in the presidential election, has publicly antagonized the president on the issue of harsh social distancing rules, which he enforced throughout the state to fight the COVID-19 pandemic. The motorcade ended on Paulista Avenue, a main thoroughfare where several hospitals are located; one protester was filmed taking pride in having stopped several ambulances during their protest.

This Sunday, Brazilian Justice and Public Safety minister Sergio Moro announced that Gilberto Nascimento, second-in-command of the First Command of the Capital, PCC, Brazil’s largest drug cartel, is already in a cell at a federal penitentiary. Nascimento was arrested in Mozambique last Monday. “A major blow against organized crime, and a demonstration that the Brazilian government will take all necessary actions to bring these criminals to justice,” Moro celebrated. Nascimento was on the most wanted list published by the Ministry of Justice, and had been on the run for over 20 years.

China is apparently imposing restrictions on the publication of scientific articles studying the origins of the novel coronavirus. Last week, websites of two of the country’s main universities posted new guidelines, which were subsequently deleted, demanding all scientific work related to COVID-19 to be subjected to additional verifications by the institutions’ academic committee before being published. All articles discussing the origins of the virus must be approved by China’s Ministry of Science and Technology. Such restrictions are in tune with the effort made by the central government to restrict information about the disease. According to an anonymous researcher, “this is a coordinated effort by the Chinese government to control the narrative and try to depict as if the outbreak did not begin in China.”

As the streets of most cities around the world turned into a human wasteland, scenes which were unthinkable during the busy days of our ‘urban jungles’ are causing surprise. While billions of people are isolated inside their homes to protect themselves from the coronavirus, many animals have won their freedom and are now venturing into cities and occupying the empty spaces left by humans. Mountain goats are roaming the streets of Llandudno, in Wales, and coyotes have been spotted on the empty streets of San Francisco, in the US, while a cougar has come down from the Andes to the capital of Chile, Santiago; lions have been caught sleeping on an empty road in South Africa, and wild boars have been seen strolling through some Barcelona neighborhoods.