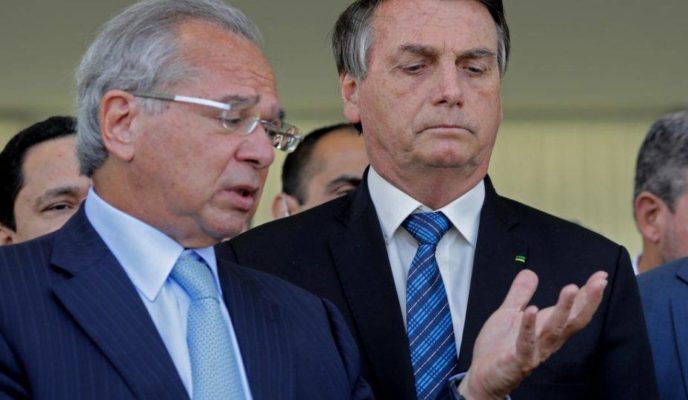 Brazilian president Jair Bolsonaro has decided to shut down the long-awaited social program called “Renda Brasil”, after his economic team proposed to freeze retirement and pension plans for two years, as well as several other restrictions. The Brazilian Supreme Court has ruled that the printing of votes during this year’s elections is unconstitutional. Meawhile, the World Trade Organization has determined that the recent tariffs imposed by the American government on Chinese products imported by their country are violating trade rules previously agreed by all organization members. Israel has officially signed historic deals with neighboring Arab nations of Bahrein and the United Arab Emirates, in a move that is destined to boost the popularity of president Donald Trump, who mediated both negotiations. Meanwhile, Trump and his opponent in this year’s presidential elections, Joe Biden, have been exchanging accusations concerning the responsibility for the forest fires currently devastating the West coast of the United States.

Brazilian president Jair Bolsonaro has officially decided to shut down the social program called “Renda Brazil”, developed by the Ministry of Economy to replace other current programs such as the emergency aid provided for people affected by COVID-19, and Bolsa Família. The decision was made after his economic team proposed to freeze retirements and pension plans for two years, and restrict the payment of a specific aid destined to the elderly and people with certain disabilities. “Until 2022, we will no longer speak about Renda Brazil,” he posted to all his social media accounts on Tuesday. The decision increased the rift between Bolsonaro and Economy minister Paulo Guedes, who is currently on a campaign to cut government expenses, especially because of the damages caused by the novel coronavirus pandemic.

The Brazilian Federal Supreme Court has ruled the printing of votes unconstitutional, after concluding that the measure would violate the secrecy and freedom to vote. In a judgment held at an online panel on Monday, justices confirmed their previous vote against the printing of a copy of each individual vote, a proposal rejected by former president Dilma Rousseff in 2015 during an attempt of an election reform, which was then championed by the current president and then federal congressman Jair Bolsonaro. Justice Gilmar Mendes justified his vote saying that such a process would cost at least R$ 2 billion to the state’s coffers, but could also cause discrepancies between printed and electronic results, and thus generate an insoluble distrust between both voting systems.

WTO rules that US violated trade rules on China

The World Trade Organization determined on Tuesday that the tariffs adopted by the United States over US$ 200 billion on Chinese products throughout 2018 have been inconsistent with global trade rules. A panel made up by three members of the organization did not agree that the US government had shown that those tariffs, adopted after an investigation on technology transfer and intellectual property, were reasons for a justifiable exemption from Washington’s obligations. The panel ruled that these taxes were inconsistent with trade rules, since they only applied to China, and were way above the maximum tax rates the US had agreed upon. The American government may yet appeal against these decisions.

In a historic ceremony held at the White House this Tuesday, Israel, Bahrein and the United Arab Emirates signed the Abraham Accords, a peace agreement establishing diplomatic relations and full normalization between these three Middle Eastern nations. The move made them the first two countries in the Persian Gulf to establish formal economic and diplomatic ties with Israel; they will join the two other Arab nations which currently maintain formal relations with the Jewish-majority nation, its close neighbors Egypt and Jordan. United States president Donald Trump, one of the main players behind the scenes to promote the agreement, said the date represents “the dawn of a new Middle East” and “a historic day for peace” in the region.

Trump and Biden exchange accusations regarding US fires

The forest fires which have killed over 30 people on the western coast of the United States have been politically exploited by both candidates running for this year’s presidential elections in that country. Current president, Republican candidate for reelection Donald Trump, visited the state of California, and blamed the local government for the disaster, while his opponent, Democrat candidate Joe Biden, has blamed the disaster on global warming, and called the current mandatary a “climate arsonist”. At least 100 separate fires have burned over 18.6 thousand square kilometers of local wood, and destroyed 6 thousand buildings and houses in three states: California, Oregon, and Washington – all of them currently governed by Democrat governors, whom Trump accused of being neglectful.