Fale a língua do mundo. Faça Wise Up.
Fri 16 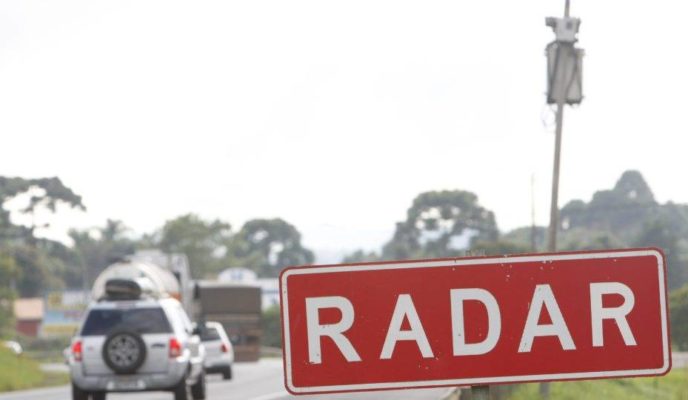 Brazilian president Jair Bolsonaro has suspended speed camera surveillance on all federal highways until a thorough review is conducted on all equipment and its effective use. Economy minister Paulo Guedes has obtained in Congress the first victory of the liberal agenda promised during president Bolsonaro’s electoral campaign, with the approval of the so-called Economic Freedom provisional decree, which aims at reducing bureaucracy and making it easier for entrepreneurs to conduct their business. Former Finance minister Antonio Palocci turned state’s evidence to the Federal Supreme Court, and stated that the Workers’ Party has received R$ 270.5 million in bribes during its election campaigns between the years of 2002 and 2014. The Egyptian national sought by the FBI for terrorism, who has been living in Brazil since last year, has surrendered himself to the Federal Police at the Guarulhos International Airport. Finally, Norway has detected traces of radiation near its border with Russia, after an explosion which killed at least five people in a military facility in the region of Archangelsk.

Brazilian president Jair Bolsonaro has determined speed surveillance on federal highways is to be reviewed by the Ministry of Infrastructure concerning the use of static, mobile and portable equipment. The decree was published yesterday in the Federal Register, and in it Bolsonaro said he is trying to avoid a “mere money-charging use of speed measurement instruments and equipment.” The president has also determined Justice minister Sergio Moro to review the electronic speed surveillance on federal highways by the Federal Highway Patrol and suspend the use of all equipment until this reassessment is concluded. The measure, however, will not affect fixed speed cameras.

The approval of the so-called Economic Freedom provisional decree by 345 votes to 76 at the Brazilian Lower House of Congress was the first victory with the liberal mark of the economic team set up by Economy minister Paulo Guedes. The measure establishes a series of actions to reduce bureaucracy on entrepreneurs, and ensure citizens the right to free enterprise and the fundamental exercise of private enterprise. It is the first step towards president Jair Bolsonaro’s campaign promise of debureaucratization and deregulation, or, in his own words, “removing the state from the back of those who produce.”

Former Finance minister Antonio Palocci has claimed, during his turning of state’s evidence to federal courts, that the Workers’ Party (PT) has received R$ 270.5 million for electoral campaigns between 2002 and 2014, according to a Veja magazine report. Palocci claimed that part of these donations has been declared, and the money came from large conglomerates and companies, following negotiations made by himself and former PT treasurer João Vaccari. The magazine has also published that the deal made between the ex-minister and the Federal Supreme Court also involves 12 other politicians, among them state ministers, congressmen, and major companies.

Egyptian-born Mohammed Ahmed El-Sayed Ahmed Ibrahim, who lives in Brazil, has surrendered himself yesterday to the Federal Police in Guarulhos, at the International Airport of Cumbica, according to Agência Brasil. Ibrahim is being sought by the United States Federal Bureau of Investigation on suspicion of being involved with terrorist group Al-Qaeda. He had obtained authorization to live in Brazil in 2018, and his migratory status is currently regular. Ibrahim’s defense attorneys deny all accusations, and claim his name has been included on the list due to his active opposition to the current government of Egypt.

Norway detects radioactivity on its border with Russia after explosion

Small quantities of radioactive iodine have been detected in the air in a northern Norwegian station near the border with Russia, according to Norway’s Radiation and Nuclear Safety Authority (DSA), one week after a major explosion which left at least five people dead on August 8th in a Russian military facility in the Archangelsk region. According to the DSA, the level of radiation detected is small, and does not pose any threat to the country’s inhabitants or its environment. The organ also said it is conducting further tests to determine the risks and the connection between radiation levels and the explosion.