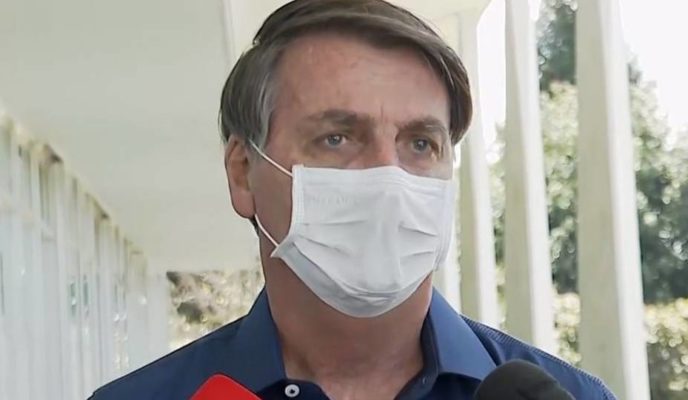 Brazilian president Jair Bolsonaro tested positive for COVID-19, a day after he complained of feeling some of the disease’s symptoms. Authorities from several US cities have admitted that the recent anti-racism and anti-police protests held during the last weeks may have helped to spread the novel coronavirus. Bolivian authorities have issued a new arrest order against the country’s former president, Evo Morales, on charges of terrorism for allegedly coordinating food blockades in several cities. The recent bomb cyclone which hit the southern region of Brazil hard has caused R$ 277 million in losses in the state of Santa Catarina, according to an estimate made by local authorities. Finally, US Secretary of State Mike Pompeo has said that the American government is looking into banning Chinese social media apps, such as TikTok, from the country, due to concerns it could be used as a tool for spying and spreading propaganda.

In an interview today, Brazilian president Jair Bolsonaro said that he has tested positive for COVID-19. On Monday, he felt symptoms such as fever, coughing, fatigue, and body aches, and decided to be tested. Bolsonaro said he canceled all his official trips and appointments, and will remain in isolation, working via videoconference. The interview, however, was held face to face with journalists – at one point, the president even removed his mask. First lady Michelle was also tested for the novel coronavirus, but her results have not been released. Bolsonaro added that he is feeling “much better”, and his temperature went down, and said that he is taking hydroxychloroquine, a medication his government has been insistently defending to treat the disease, but which has no scientifically proven efficacy.

Protests may have spread COVID-19, US authorities admit

Authorities from Los Angeles, Seattle, and Miami have publicly acknowledged that the recent anti-racism and anti-police protests and riots may have caused the spread of the novel coronavirus, according to a Fox News report. The three cities have registered an increase in the number of COVID-19 cases after the weeks of protests caused by the death of George Floyd, choked by a Minneapolis police officer in late May. Many Democrat politicians and public health professionals expressed their support for the demonstrations, including Los Angeles mayor Eric Garcetti, who two days ago said that there was “no conclusive evidence” showing a link between the protests and the spike in the number of cases.

The Bolivian Prosecutor’s Office issued yesterday a new arrest order against the country’s former president, Evo Morales, accusing him of terrorism for allegedly having coordinated food blockades and sieges in several cities during the violent protests which followed his resignation, in November 2019. The prosecutors claim that Morales was recorded talking to a cocalero leader to coordinate such blockades: “Brother, let no food go into the cities, let’s block them, a real siege,” said the ex-president, who was no longer in the country, having sought exile in Mexico. Four people have been arrested since the incident. Morales, who is currently in Argentina, said that the audio was altered and the accusation is illegal.

The bomb cyclone which hit the southern region of Brazil last Tuesday caused 13 deaths and the loss of R$ 277.8 million in Santa Catarina alone, according to data released by state government authorities, which declared a state of public calamity. Among the victims are two people who died while trying to save houses which had been destroyed by the storm. According to the state government, R$ 41.1 million were lost in material damages, R$ 66 million in public economic losses, and R$ 170 million in private economic losses.

Trump government considers banning TikTok in the US

The United States government is considering restricting the access of Americans to social network TikTok, due to concerns on whether the platform, along with other Chinese social media apps, could be used by Beijing as a tool for surveillance and propaganda. The information was disclosed yesterday by US Secretary of State Mike Pompeo. Washington’s top diplomat said that he was “taking it very seriously,” adding that people should only download the app “if you want your private information in the hands of the Chinese Communist Party.”