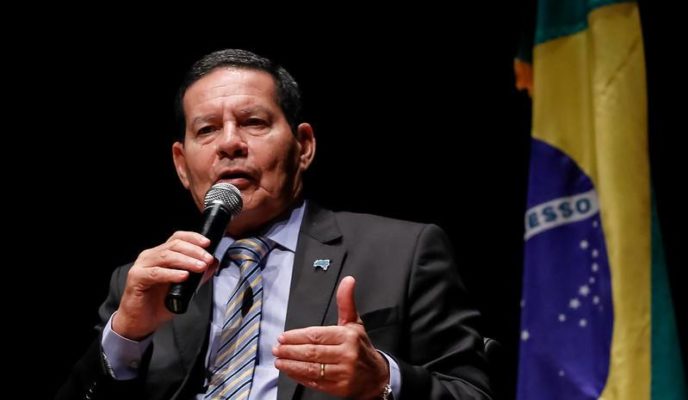 Brazilian vice president Hamilton Mourão said, during an interview with GloboNews, that interim Health minister Eduardo Pazuello is likely to be replaced “in the near future.” FIFA has announced the full schedule of the upcoming 2022 World Cup, to be held in the Middle Eastern nation of Qatar; the opening match will be held on November 21st, and the final on December 18th. A squirrel has tested positive for the bubonic plague in the US state of Colorado, after 15 others showed up dead in a city in Jefferson County; authorities have issued a warning to the population to avoid contact with the animals. Yesterday, US president Donald Trump signed legislation that will allow the implementation of sanctions on Chinese officials and entities, as an answer to the national security law recently imposed on the semi-autonomous city of Hong Kong; Chinese authorities answered by saying they will also impose sanctions on members of the American government and US companies. Finally, the long-standing conflict between armed forces from Armenia and Azerbaijan for the region of Nagorno-Karabakh has escalated in recent days, leaving 12 people dead.

Bolsonaro to replace Pazuello “in the near future,” says Mourão

Brazilian vice president Hamilton Mourão said during an interview with GloboNews that interim Health minister Eduardo Pazuello will be stepping down from his office soon. An active-duty general, Pazuello has been occupying the position for two months, amidst the COVID-19 pandemic, after the departure of Nelson Teich. “Everything is indicating that, in the near future, the president will replace him,” said Mourão. The presence of members of the military in the ministry has been harshly criticized by many people recently, including Federal Supreme Court justice Gilmar Mendes.

FIFA, the world’s soccer governing body, has announced today the full schedule of the upcoming 2022 World Cup, to be held in Qatar. The championship will have a group stage with four matches per day, therefore shortening this stage to 12 days. The opening match will be held on November 21st, at the Al Bayt stadium, famous for its shape which resembles traditional Arab desert tents, and the final is scheduled for December 18th, at the Lusail stadium, still under construction. The World Cup will not be held during the traditional months of June and July, in order to avoid the scorching heat of the Middle Eastern country during this time of the year.

Amidst the novel coronavirus pandemic, which has already infected nearly 3.5 million people in the United States, authorities in Jefferson County, in the state of Colorado, tested a squirrel for the bubonic plague, after discovering 15 dead animals around the town, and the results came back positive. Other animals are expected to be infected. A warning was issued to the population, since the bacteria which causes the disease, Yersinia pestis, may be contracted by humans and household pets through flea bites, the cough of an infected animal, or direct contact with its blood or tissue.

United States president Donald Trump said he signed on Tuesday legislation paving the way for sanctions on Chinese officials in retaliation for the national security law recently imposed by Beijing on Hong Kong. According to Trump, the so-called Hong Kong Autonomy Act will provide “new tools to hold responsible the individuals and the entities involved in extinguishing Hong Kong’s freedom.” He also signed an order which will rescind special trade and economic privileges for the Asian financial center. The Chinese Ministry of Foreign Affairs responded today by saying it will also impose sanctions on US authorities and institutions.

Seven members of Azerbaijan’s military forces, four from Armenia, and one civilian died yesterday, on the third day of clashes between the armed forces of both countries. The conflict, which dates to the 1990s, is being waged for the control of the region of Nagorno-Karabakh, and has been escalating in recent days. The region, which has a majority of Armenian inhabitants, has belonged to Azerbaijan since the period of the Soviet Union. In 1991, it declared its independence, backed by Armenia, sparking a war which left 30 thousand dead until a 1994 cease-fire.