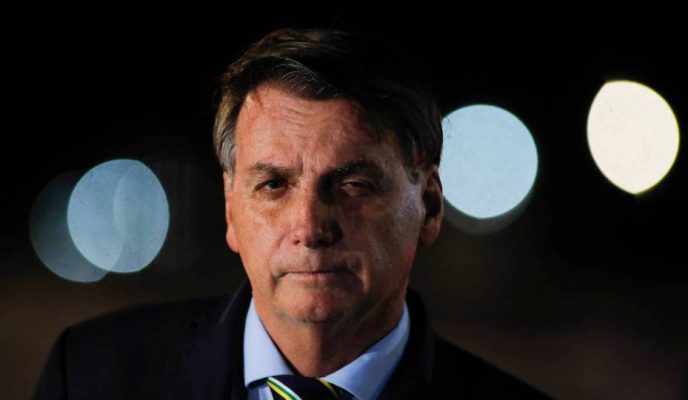 Brazilian president Jair Bolsonaro is scheduled to undergo surgery today in São Paulo, in order to remove a bladder stone. In the state of Minas Gerais, a pre-candidate for the city council of Patrocínio was found dead shortly after recording a live video in which he criticized his political adversary, the local mayor; his cell phone was stolen during the broadcast. The Brazilian government has earmarked R$ 2.5 billion in order to adhere to a global consortium of governments and manufacturers striving to develop an effective vaccine against the novel coronavirus. Brazil’s Federal Supreme Court has ruled that the deployment of the federally-controlled National Force without the authorization of local state governments is unconstitutional, after a ruling authorizing the Force to disperse members of the Landless Workers Movement that set up camps on invaded plots. Finally, United States president Donald Trump has declared the possibility of this year’s elections being decided by the country’s Supreme Court, and pushed for a faster replacement to occupy the seat of recently-deceased justice Ruth Bader-Ginsburg.

Brazilian president Jair Bolsonaro will undergo a surgical procedure today at São Paulo’s Albert Einstein Hospital, to remove a bladder stone. The surgery is scheduled to begin at 10:30 a.m. Bolsonaro is already in São Paulo, where he held his traditional Thursday social media live broadcast, this time accompanied by Environment minister Ricardo Salles. The president was submitted to pre-operatory exams on Monday by the medical team on duty at the Planalto Palace. According to Bolsonaro himself, the stone had been identified more than five years ago, and is “larger than a bean”.

City councilor candidate murdered after being attacked during live broadcast

37-year-old Cássio Remis, a pre-candidate for the upcoming municipal council elections in the city of Patrocínio, in the Brazilian state of Minas Gerais, was murdered on Thursday afternoon while he was live streaming on social media and sharply criticized the administration of his local political adversary, current mayor Deiró Marra. According to the state Military Police, the main suspect of the crime is the mayor’s brother, Jorge. At the end of the broadcast, held in front of Marra’s campaign headquarters, Remis accused both brothers of misusing public funds destined to city works; at a certain point a pickup truck stops and an unknown man steps down and removes the phone from Remis’s hands, taking it away. The PSDB politician was later found dead near the site.

The Brazilian federal government has issued a provisional decree which will make R$ 2.5 billion available for the country’s adhesion to Covax Facility, a global consortium of governments and manufacturers which are trying to develop COVID-19 vaccines. According to a statement released by the Planalto Palace, “we hope that through this instrument Brazil will be able to purchase enough [vaccines] to ensure that 10 percent of the population is immunized by late 2021, which would cater to sectors of the population considered to be in priority need.” According to Health minister Eduardo Pazuello, this decision will allow Brazil’s access to the portfolio of nine vaccines currently being developed, as well as others still under analysis.

By a nearly unanimous decision, the Brazilian Federal Supreme Court ruled on Thursday to enforce a decision made by justice Edson Fachin, which ordered the deployment of the country’s National Force troops in the cities of Prado and Mucuri, in the state of Bahia, where several camps have been set up by members of the Landless Workers Movement. Fachin’s ruling was issued after a request made by Bahia governor, Workers’ Party politician Rui Costa. According to the court’s decision, the deployment of the National Force without authorization by the state’s government goes against the Federal Constitution. The federal troops had been deployed after the Ministry of Justice and the National Institute for Colonization and Land Reform pointed out “criminal activities” in these camps.

Trump says November elections could be decided by the Supreme Court

United States president Donald Trump said on Wednesday evening that he believes this year’s presidential elections are likely to be decided by the Supreme Court, and therefore it is important that there be a full panel of nine justices, in order to prevent any ties in case the country’s highest court is forced to decide the election’s result. The US Supreme Court is made up of 11 justices, and one seat was left vacant after the recent demise of legendary activist Ruth Bader Ginsburg last week. “I think this will end up in the Supreme Court, and I think it’s very important that we have nine justices,” Trump told reporters when questioned if a full panel of justices was necessary to deal with an eventual questioning of the results of his forthcoming dispute with Democrat candidate Joe Biden.