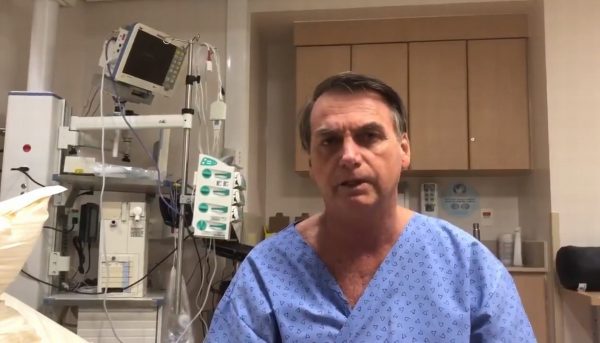 Brazilian president Jair Bolsonaro will undergo his fourth surgery in less than one year, this time to correct an abdominal hernia, a consequence of the operations which saved his life after the 2018 presidential campaign incident in which he was stabbed in the belly. Hurricane Dorian will reach today the island of Grand Bahama, in the Caribbean, causing destruction; at least one person has already died in the Bahamas, and 13 thousand houses have been destroyed. Fellow crewmembers of the Brazilian Air Force sergeant arrested with drugs by Spanish authorities carrying cocaine inside an airplane which was escorting the presidential convoy to a G7 meeting told the press that the officer claimed he was bringing “sweets and cheese” to a relative in Seville. The Free Brazil Movement is releasing this week a documentary in which they tell their version of president Dilma Rousseff’s impeachment and detail their part in the protests which led to it. Finally, the United States has ended August with a grim statistic: 53 people have died in mass shootings throughout the country during the entire month.

Bolsonaro will undergo fourth surgery in less than one year

Brazilian president Jair Bolsonaro will undergo another surgery this week –  the fourth in less than one year – to correct an abdominal hernia. This is a common medical condition among patients who have been submitted to multiple medical procedures in the abdominal region – Bolsonaro was stabbed in the belly during the 2018 presidential campaign – and, according to some experts, it is the simplest of all four. The incisional hernias can appear when there is a weakening of the abdominal muscle and the internal organs project towards the outside, causing a bulge which may swell to the size of a football, if not operated on as soon as possible, and may cause intestinal obstruction or even lead to ischemia.

Hurricane Dorian will bring more destruction to the Bahamas on Monday

Today, the eye of hurricane Dorian should pass through the island of Grand Bahama, the northernmost in the archipelago, causing “extreme destruction” and a “life-threatening situation”, according to an alert issued by the United States National Hurricane Center. The institution warned local inhabitants not to leave their shelters, since wind gusts will increase quickly, reaching speeds of up to 320 kilometers per hour. The category 5 hurricane hit the Bahamas on Sunday, causing mayhem and destruction, and at least one person is reported dead. According to the Red Cross, at least 13 thousand houses may have been severely damaged or destroyed.

Sergeant Manoel Silva Rodrigues, arrested with 39 kilos of cocaine in a Brazilian Air Force (FAB) airplane escorting the presidential entourage to the G20 meeting during a layover in Spain, told local authorities he was carrying “sweets and cheese” to a cousin who lives in Seville. Three crewmembers told Veja magazine the Air Force officer maintained this version even after being approached by the local Spanish customs officer in charge of x-ray inspections. According to their statements, Manoel did not weigh his luggage before boarding the flight – a procedure mandatory for all crewmembers.

Exactly three years after the Brazilian Senate approved president Dilma Rousseff’s impeachment, on August 31st, 2016, the Free Brazil Movement (MBL) is releasing their documentary “Não Vai Ter Golpe” (“There Will Be No Coup”). In it, the group describes their trajectory, from the early beginning, with no political experience, to the pro-impeachment protests, and the eventual fall of Dilma Rousseff. With an estimated budget of R$ 300 thousand, the film was financed by private donations and contributions, and ends with a mea culpa for the group’s contribution to the country’s current intense climate of political polarization.

US registered 53 deaths in mass shootings in August

The United States saw August end with a grim statistic: 53 people died in mass shootings throughout the country in a single month. The last incident happened on a Texas highway, between the towns of Odessa and Midland, and five people – including the 36-year-old shooter – were killed. The man had hijacked  a US Postal Service truck and began to shoot indiscriminately at those on his path. The situation was contained after he was surrounded by police at a movie theater complex parking lot in Odessa, but his motivations are still being investigated.