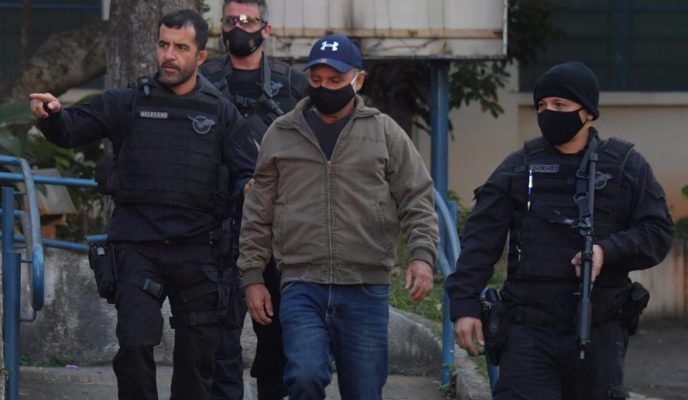 Fabrício Queiroz, a former aide to senator Flávio Bolsonaro, eldest son of Brazilian president Jair Bolsonaro, has been arrested in an operation investigating graft accusations during Flávio’s stint as a Rio de Janeiro state legislator. Soccer authorities in Brazil are willing to challenge COVID-19 statistics and reschedule soccer matches in the country, beginning with Rio de Janeiro’s state championship. United States Trade Representative Robert Lighthizer has publicly rejected any intentions of a free trade agreement with Brazil, dealing a severe blow to president Jair Bolsonaro’s intentions of becoming US president Donald Trump’s shining star in the Latin American pantheon. Meanwhile, several US states are facing a sudden surge in novel coronavirus cases, as they tried to loosen social distancing rules, while Sweden, which had been hailed as an example to all countries that tried to reject quarantine measures, is now having to deal with an abnormal surge in COVID-19 cases and deaths, compared to neighboring countries. Finally, John Bolton, Donald Trump’s former national security adviser, is releasing a book in which he reveals several secrets involving the current administration, including Trump’s appeasement of human rights violations by the Chinese government in exchange for support for his candidacy in the upcoming 2020 elections.

Early this morning, retired military police officer Fabrício Queiroz was arrested in the city of Atibaia, in a joint operation between the Rio de Janeiro State Prosecutor’s Office and the São Paulo State Civil Police called Operation Angel. Queiroz, who was an aide to Brazilian president Jair Bolsonaro’s son, Flávio, during his term as a state legislator in Rio de Janeiro, is being investigated for over more than R$ 1.2 million in bank transactions in a suspected graft scheme to embezzle salaries of phantom employees in the state assembly. The investigation comes as a severe blow to one of Bolsonaro’s main promises during his presidential campaign, the crackdown on corruption. Queiroz was located by law enforcement agents at a property owned by Frederick Wassef, who works as a lawyer for the Bolsonaro family. Flávio Bolsonaro had previously claimed not to know Queiroz’s whereabouts.

Soccer scheduled to return to Brazil, despite 1,000 COVID-19 deaths per day

On Wednesday, Brazil’s Ministry of Health informed that 1,269 deaths were officially registered within the last 24 hours, totaling 46,510 fatal victims of the COVID-19 pandemic in the country. Nonetheless, soccer matches are scheduled to kick off for the Rio de Janeiro official state championship today, beginning with none other than Flamengo, the club with the highest number of supporters in the country and, perhaps, in the world. The 9 p.m. game against Bangu will be played behind closed doors, with the exception of Brazilian president Jair Bolsonaro, and will be held at the legendary Maracanã Stadium, next to a field hospital set up for novel coronavirus victims. The decision to resume collective sports during the height of the pandemic is being widely criticized throughout the world.

“No free trade plan with Brazil at the moment,” says US representative

United States Trade Representative Robert Lighthizer told members of the American Lower House of Congress yesterday that the Trump administration does not plan on negotiating a free trade agreement with Brazil at the present time. Lighthizer’s statements have made it clear that the trade agreements signed with the South American country, which pointed out to the signing of a full pack of measures by the end of the year, has been limited. “What we are doing right now with Brazil is trying to solve specific problems, so that the country can open up and create jobs for America. At the moment, there are no plans for a free trade agreement.” After a meeting with Trump at the Florida Mar-a-Lago resort in March, Brazilian president Jair Bolsonaro claimed that “the first step towards a free trade agreement” had been taken.

Yesterday, seven regions of the United States registered their record daily increases in novel coronavirus cases, as the reopening process of the country’s economy is taking place throughout several states. Texas, with an 11 percent rise in COVID-19-related hospital admissions in a single day, was followed by Oklahoma, Florida, Arizona, Oregon, and Nevada. Florida, in the meantime, has registered the highest number of people infected with the novel coronavirus, with 2,783 new patients, followed closely by Arizona. Meanwhile, Sweden, which attempted to adopt a different and more liberal approach than most countries to try to tackle the pandemic, has been forced to come to terms with its mistakes after registering 1,239 deaths within 24 hours, reaching a total of 5,041.

United States president Donald Trump has asked his Chinese counterpart, Xi Jinping, for help in his reelection campaign in the 2020 presidential elections, according to the report provided by John Bolton, Trump’s former national security adviser, whose upcoming book, “The Room Where It Happened: A White House Memoir,” will be released next week. Yesterday, excerpts of his work were released to the media, hinting at several controversial behaviors by the US president. According to Bolton, Trump saw “obstruction of justice as a way of life”, and pleaded with the Chinese leader to use the Asian country’s economic capability to ensure his electoral victory – and even gave a discreet heads-up to the deployment of concentration camps to intern Muslim prisoners from the Uyghur minorities. Trump responded by calling Bolton “a liar.”