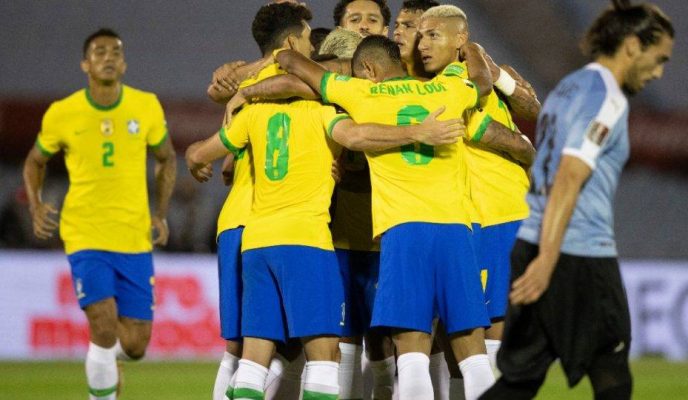 The Brazilian national soccer team defeated Uruguay 2 goals to nil, in a match played with no spectators. The Congress of Peru elected a new president, Francisco Sagasti, after the previous one, Manuel Merino, decided to resign following fierce popular protests. The northern state of Amapá is still suffering from power outages, two days after the Brazilian government announced a rationing system supposed to quell the problem. Iraqi authorities have announced that rockets have hit the so-called Green Zone in the capital, Baghdad, officially putting an end to the truce called by the US government and Iranian authorities in the conflict. Finally, the governments of Australia and Japan have signed a defense pact, called Reciprocal Access Agreement, in order to strengthen ties between both countries in view of the growing expansionism of China.

Brazil’s national soccer team remains undefeated in their qualifying campaign towards the 2022 World Cup. After yesterday’s victory over Uruguay in Montevideo by 2 goals to nil, the Brazilian national squad has already registered four victories in four matches, and the team is now leading the table in the South American qualifying championship, two points ahead of second-place Argentina. After an erratic beginning, coach Tite’s players quickly got themselves together and managed to present offensive plays, culminating with Arthur’s first goal. Despite Uruguay’s fierce resistance, their mistakes allowed Richarlison to score twice, increasing Brazil’s lead. Cavani, Uruguay’s main star, received a red card after a heavy tackle which brought down the Brazilian striker. Brazil’s next match, against Colombia, is scheduled for 2021.

After a dramatic week for Peru, in which two presidents had to step down, the South American country has a new interim president. After an election in which he obtained 96 votes against 26, Francisco Sagasti was chosen to replace Martín Vizcarra, who, in turn, had been replaced by Manuel Merino. In his first words in office, Sagasti remembered the two young men who died during the protests against the government of his predecessor, which left several others wounded. “We can’t give them back their lives, but we can allow Congress and the executive branch to take measures so that won’t happen again,” he said in a speech. Sagasti also promised to investigate all deaths and human rights violations that occurred during the recent protests and put an end to all cases of police violence recently witnessed in the country’s capital, Lima.

Once again the Brazilian state of Amapá went completely dark, two days after implementing a rationing system which had reestablished electricity in 12 of the 13 municipalities affected by the power outage. The new blackout was announced by senator Randolfe Rodrigues on his Twitter account. Last week, the federal government had promised to attend to all the state’s electricity needs in a matter of days, and the Federal Accounting Court has already declared its intention of investigating whether there was any sort of omission on the part of the federal authorities causing this outage.

Rockets hit US embassy in Baghdad

Yesterday, Iraqi authorities said that at least two Katyusha rockets have hit Baghdad’s fortified Green Zone, signaling an end to the truce announced in October by Iran-backed militias. According to Iraqi security officials, some rockets struck close to the country’s National Security Service, while others were intercepted by the US’s C-RAM air defense system. According to the Associated Press, at least two Iraqi security service officers were injured. The attacks happened on the same day the Pentagon announced the withdrawal of 500 of the three thousand US soldiers still in the country, and two thousand in Afghanistan.

Japan and Australia have signed a defense pact called Reciprocal Access Agreement, which will enable each country to undergo military exercises and operations in their respective territories. The agreement was made on Tuesday by prime ministers Yoshihide Suga and Scott Morrison, at a moment in which China is trying to expand its presence in the Indo-Pacific region, and, according to a joint statement by both leaders, was made after “serious concerns about the situation in the South China Sea and reconfirmed their strong opposition to any coercive or unilateral attempts to change the status quo and thereby increase tensions in the region”.