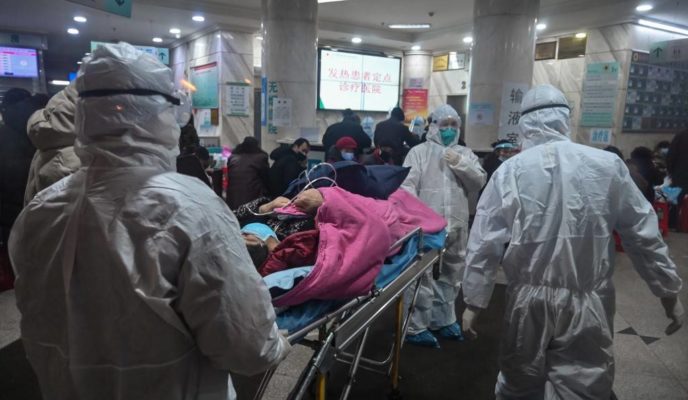 The Brazilian Ministry of Health has informed two more suspected cases of people infected with the new strain of coronavirus which has been affecting China and other countries throughout the world. Brazilian president Jair Bolsonaro and Economy minister Paulo Guedes will meet to discuss the federal aid program destined to help southeastern states affected by floods caused by the recent heavy rains which lambasted the region. Rio de Janeiro state governor Wilson Witzel has publicly apologized to vice president Hamilton Mourão after releasing on his social media accounts a video in which he called Mourão and asked for the federal government’s help in dealing with the tragedy. The Brazilian Ministry of Agriculture has identified 10 other batches contaminated with toxic substances in the Minas Gerais brewer Bäcker; so far, 29 people have been intoxicated by the company’s products. Finally, United States president Donald Trump released his long-awaited peace plan for Israel and Palestine, in a ceremony completely devoid of Palestinian authorities, who accused the U.S. government of siding unilaterally with Israeli interests.

The number of people currently suspected of being infected with the new strain of coronavirus in Brazil has risen to three. The information was released by the Ministry of Health to the media. The two new patients suspected of being contaminated are in Porto Alegre, Rio Grande do Sul, and Curitiba, Paraná, according to cable news network GloboNews. Both fit the current definition of suspected cases established by the World Health Organization, presenting respiratory symptoms and coming from either a region where the epidemic is rampant or making contact with people who have been there.

Brazilian president Jair Bolsonaro is meeting Economy minister Paulo Guedes on Wednesday in order to discuss the federal aid program destined to southeastern states affected by the recent heavy rains, which caused widespread floods in several regions. “We will do whatever we can, you can be sure,” Bolsonaro answered to one of his supporters from the state of Espírito Santo, one of the areas most affected by the storms. The president stressed that the Armed Forces are already acting in the most critical regions, along with Regional Development minister Gustavo Canuto, and allocated an initial R$ 90 million for emergency efforts.

Rio de Janeiro state governor Wilson Witzel issued an official apology to Brazilian vice president Hamilton Mourão, after posting on his social media accounts the phone call he made to Mourão, who was sitting in for president Jair Bolsonaro during the latter’s official trip to India, requesting help for victims of the floods caused by recent rains. “My intention, when I posted the phone call, was to show how much the vice president was helping us. I never released any private conversation or leaked information,” Witzel said. Mourão publicly scolded the Rio governor after the incident, as well as Bolsonaro himself.

Contaminants like ethylene glycol and diethylene glycol have been identified by the Brazilian Ministry of Agriculture in 10 more batches of the Minas Gerais craft brewer Bäcker. According to information released by the ministry on Tuesday, analyses have so far identified the presence of the toxic substances in 41 batches of 10 different brands produced by the brewery. Government officials had previously identified a contamination in the water used during the manufacturing of the beer, and are still conducting investigations in the brewery itself, as well as in samples collected from stores selling the product. The Minas Gerais Civil Police has already identified 29 cases of people intoxicated by the beer.

United States president Donald Trump disclosed his long-awaited peace plan for the Israeli-Palestinian conflict on Tuesday at the White House. Next to Israeli prime minister Benjamin Netanyahu, Trump announced details of what he described as “the most realistic approach to a problem that has plagued the region for far too long.” The meeting was snubbed by Palestinian leaders, who considered the initiative as excessively sided with Israel’s interests, and outright rejected the proposal. The 80-page document defends a two-state solution for the conflict and establishes Jerusalem as Israel’s “indivisible capital”, while Trump paradoxically defends East Jerusalem as the capital of a future Palestinian state.