Fale a língua do mundo. Faça Wise Up.
Fri 20 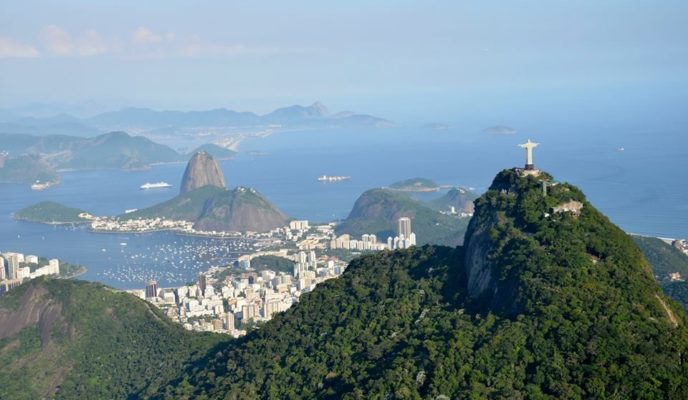 Coastal cities in three Brazilian states have determined the closing down of their beaches in order to fight the spread of the novel coronavirus. The President’s Chief of Staff has issued an extraordinary decree restricting air travel to Brazil for foreigners coming from the countries most affected by the global COVID-19 pandemic. Land borders with most neighboring countries have also been closed down, with the exception of Uruguay, whose president, Luiz Lacalle Pou, is trying to establish with his Brazilian counterpart, Jair Bolsonaro, a deal which might be beneficial for both countries. In the first remote session in its history, the Brazilian Senate has declared a “state of public calamity,” therefore allowing the federal government to spend more than it had previously anticipated in order to fight the novel coronavirus. Finally, Venezuelan hospitals are fighting another challenge, in addition to the virus: the lack of electricity and water in its health facilities.

Brazilian cities close down beaches to contain the spread of coronavirus

In an attempt to curb the spread of the novel coronavirus, coastal cities in three Brazilian states have restricted access to their beaches as summer draws to an end. São Paulo, Rio de Janeiro, and Santa Catarina have established regulations prohibiting tourists to spend their quarantine days on the beach. Access to these places by public transportation has been restricted, and members of the municipal guard were assigned to inspect any violations. In some cases, lifeguards had to tell occasional beachgoers to leave the place.

Office of the Chief of Staff restricts air travel to Brazil

In an extra edition of the Federal Register published yesterday evening, the Office of the President’s Chief of Staff listed several countries which will have their flights to Brazil canceled, among them China, members of the European Union, Iceland, Norway, Switzerland, the United Kingdom, Australia, Japan, Malaysia, and South Korea. According to the resolution, the entry in Brazil of all people coming from these countries (and not necessarily just their citizens) will be restricted for 30 days. The measure will not be applied to cargo flights, and, according to the document, has been taken as an extraordinary step after a “technical recommendation taken by ANVISA due to sanitary reasons related to the coronavirus spread and dissemination.”

After issuing the closing of all land borders between Brazil and its neighboring countries, president Jair Bolsonaro stated in his usual live broadcast through Facebook that a mutual agreement is being discussed with the president of Uruguay, Luis Lacalle Pou, about what can be done about the border between both countries. Meanwhile, Rio de Janeiro state governor Wilson Witzel has suspended for 15 days all arrival of passengers from other Brazilian states. The measure will be applied to all arrivals made by air, sea, or land from states or countries which have already had confirmed cases of COVID-19.

In its first remote session ever, the Brazilian Senate has approved a bill declaring a “state of public calamity” due to the global coronavirus pandemic. The bill, which had already been approved by the Lower House of Congress, will allow the executive branch of government to spend more than it had anticipated in order to fund operations to fight the pandemic. It also creates a commission to inspect how these funds are being spent and the measures taken by the federal government to fight the novel coronavirus. The commission will initially hold meetings through the internet, but there will be bi-monthly appointments with Economy minister Paulo Guedes and members of his cabinet.

Venezuelan hospitals have no electricity or water to fight coronavirus

While all over the world, the main concern associated with the novel coronavirus pandemic is the lack of hospital beds in Intensive Care Units, in Venezuela health professionals are facing a much more serious problem: the lack of basic infrastructure, such as electricity and water, in the country’s facilities. “It has been proven that the most simple and effective measure to fight the coronavirus is washing one’s hands, and 58 percent of our hospitals don’t have any water. This means that the spread of the virus within them may be disastrous,” said doctor José Manuel Olivares Marquina, head of the social development commission of Venezuela’s National Assembly. Of the country’s 104 hospitals, at least 70 percent experienced water shortages and 63 percent power outages.