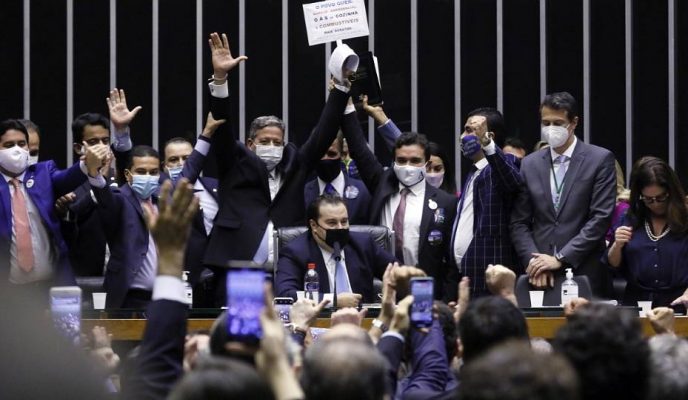 The Brazilian Congress held internal elections yesterday to determine the presidents of both the Senate and the Lower House, and candidates backed by president Jair Bolsonaro were selected to lead the country’s legislative representatives for the next years. The Sputnik V COVID-19 vaccine, developed by Russia’s Gamaleya Institute, has shown 91.6% efficacy against symptomatic cases in clinical trials, according to a study published by the British scientific journal The Lancet. Israel stated it has shipped the first batch of vaccines against the novel coronavirus to the Palestinian Authority, which will allegedly be used to immunize members of the territory’s medical workers. The Armed Forces of Myanmar have seized power in the Asian country, putting an end to a long period of power-sharing between the military and civil authorities, and arrested several politicians, among them Nobel Peace Prize winner Aung San Suu Kyi. Finally, a string of terrorist attacks committed by Islamist group Taliban is endangering the fragile peace process recently established in Afghanistan.

There were no surprises in the elections held in the Brazilian Congress yesterday to determine the new presidents of the Senate and the Lower House. In the Senate, Minas Gerais politician Rodrigo Pacheco, from right-wing party DEM, managed to build a multilateral alliance encompassing parties from different ideological fields, such as PT and PDT, and obtained 57 votes, 16 more than he needed to claim victory. Pacheco was the candidate publicly backed by president Jair Bolsonaro, as well as Arthur Lima, who became the new president of Brazil’s Lower House of Congress after obtaining 302 votes against 145 of his main rival, Baleia Rossi. Bolsonaro is now expected to rely on his new allies in order to get the bills he sends to the legislative approved.

Preliminary data from the phase III clinical studies of the Sputnik V COVID-19 vaccine, developed by the Gamaleya Institute, in Russia, were published today by The Lancet, one of the world’s most prestigious scientific publications, therefore reinforcing – and even improving – the figures previously released by the drug manufacturers last December. The vaccine against the novel coronavirus had a 91.6 percent efficacy rate against symptomatic cases, with no serious side-effects, according to a peer-reviewed study published by the journal, and a 100 percent efficacy rate against moderate and severe cases. The clinical trial involved nearly 20 thousand volunteers, distributed among 25 hospitals and clinics in Moscow.

Yesterday, the Israeli government said it provided their Palestinian counterparts with the first batch of doses of a vaccine against the novel coronavirus. According to the Arab News portal, these 2 thousand doses of the Moderna vaccine were shipped to the West Bank and will be deployed in medical teams of the Palestinian Authority, which is yet to formally acknowledge receiving the vaccine. According to a spokesman for the Coordination of Government Activities in the Territories, the department of the Israeli Army responsible for implementing the government’s civilian policy in the West Bank, 3 thousand additional doses have also been set aside for the Palestinians.

On Monday, the Armed Forces of Myanmar – the Southeastern Asian country formerly known as Burma – have seized power in a coup d’état, putting an end to a long period of power-sharing between the military and the civil government, led by Nobel Peace Prize winner Aung San Suu Kyi. Many government leaders were arrested, including 75-year-old Kyi and president Win Myint, but members of the military promised new elections will be held within a year. The coup happened during the early hours of Monday, and a one-year state of emergency was issued by generals appointed for key government positions. Most members of San Suu Kyi’s party, the National League for Democracy, spent decades in jail, including Kyi herself, who won the Nobel Peace Prize in 1991 for her non-violent resistance against the military dictatorship. US president Joe Biden threatened to impose sanctions on the country.

The increase in terrorist attacks committed by militant Islamist group Taliban in the capital of Afghanistan, Kabul, has been causing concerns regarding the perspectives surrounding the country’s peace process. The violent surge comes precisely at the moment in which United States president Joe Biden declared his intentions of revising the peace deal signed between his predecessor, Donald Trump, and the Taliban, in February last year. The new US government must now decide whether it continues to withdraw its troops from Afghan territory during the next months. A source from US forces quoted in a report made by the Special Inspector General for Afghanistan Reconstruction said that “enemy attacks in Kabul were higher than during the previous quarter, (…) much higher than in the same quarter last year.”